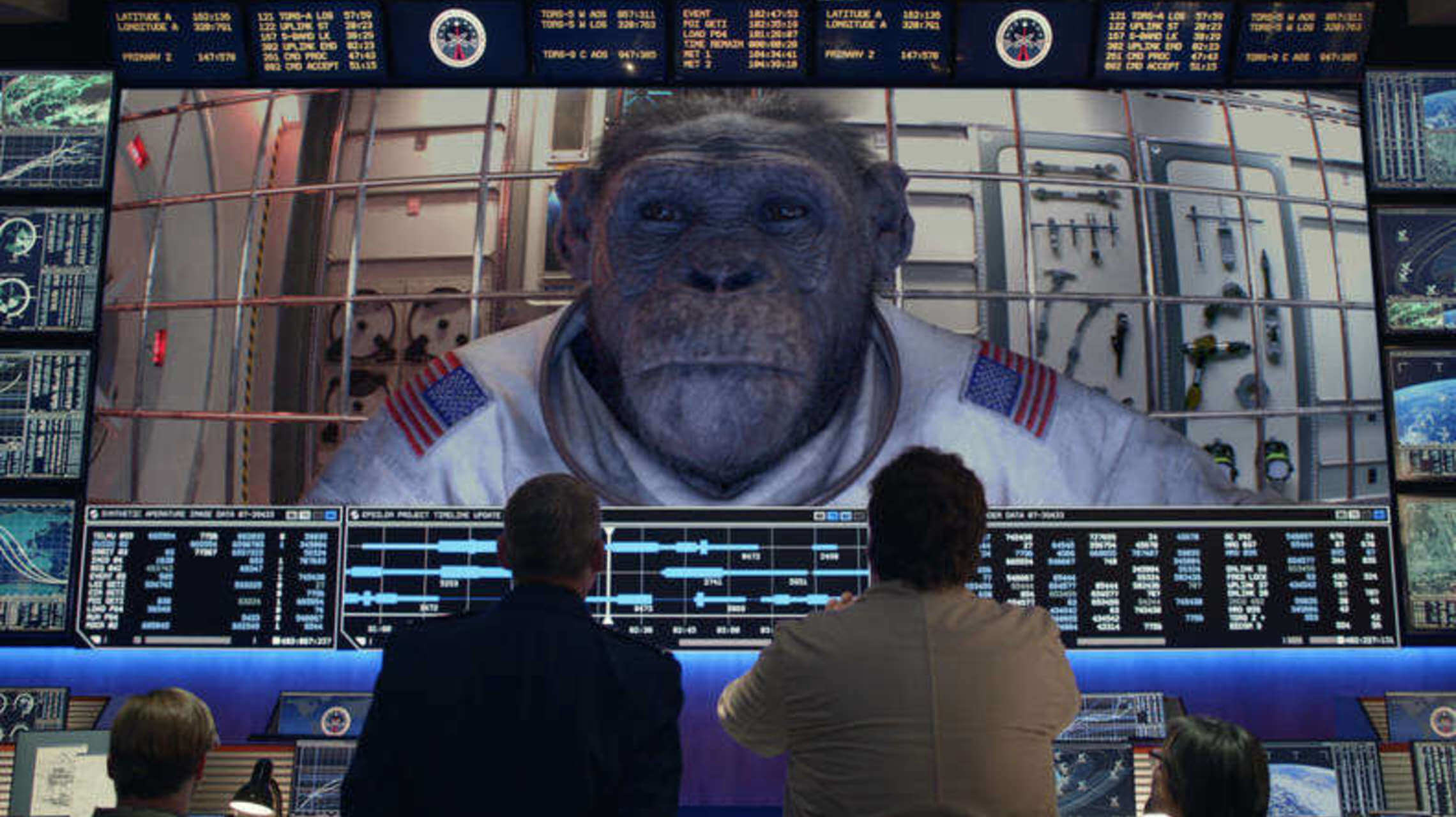 Ham was a special chimp. He was the first hominid in space, beating all humans to that accolade. But did his mission go smoothly? Or is his story a tale of survival against all odds?

When we first set our sights on the stars, it wasn’t clear if human beings could survive a trip off the planet. One of the prevailing fears was that extended periods of weightlessness or exposure to cosmic radiation would have deleterious effects on the body. With that in mind, scientists set out to send animals into the final frontier, like veritable canaries down an interplanetary coal mine, to see if it was safe.

First, we sent fruit flies. As World War II came to a close, the United States came into possession of some V-2 missiles designed and constructed by German forces. With those assets in hand, and our eyes set on the skies, the United States set about determining if living payload could survive the trip off-planet.

In February of 1947, a rocket carrying fruit flies flew to an altitude of 67 miles, earning the insects the title of the first animals in space. Incredibly, considering how early we were in our space-faring endeavors, the fruit flies were safely returned to Earth and found to be alive. This confirmed that animals could leave the surly bonds of Earth and return safely, at least for a short time.

The success of this mission spurred others, up the evolutionary chain, both in the U.S. and elsewhere, including mice, rabbits, dogs, cats, monkeys, and chimpanzees.

Ten years before the creation of NASA, the Air Force was sending primates into space. A series of monkeys, all named Albert, were sent off Earth, strapped aboard V-2 rockets. These missions, unlike that of the fruit flies, had variable outcomes.

The first Albert, launched on June 11, 1948, suffocated during launch. Albert II took his journey on another V-2, launched on June 14, 1949, and completed the journey to space, but met a violent end when the capsule’s parachute failed and he crashed in the New Mexico desert. The journey, however, provided useful information, as the biomedical data was transmitted and retrieved before mission failure. Albert III died when his rocket suffered an explosion shortly after liftoff on Sept. 16, 1949. In December of the same year, Albert IV successfully reached an altitude of 79 miles, transmitted biomedical data, but died when the parachute failed, joining the ranks of Albert II.

These missions are all evidence of the state of space exploration at the time. Each of them provided invaluable information about the biological effects of space travel, but also cemented the reality that we were not yet ready to embark upon space travel in earnest.

Three years later, on May 22, 1952, two Philippine monkeys named Patricia and Mike, along with two mice named Mildred and, for old times’ sake, Albert, were launched to a height of 36 miles. The animals were recovered safely at the end of the mission.

Meanwhile, the Soviets were launching animals, as well. Laika, perhaps the most famous of the space-faring animals, was launched aboard Sputnik 2 on November 3, 1957. In the United States, she became known as Muttnik — we are, after all, a nation of dads incapable of avoiding a good pun. Sadly, despite her contribution to science, there was no recovery plan and Laika died aboard her craft and her body burned up in the atmosphere five months later.

As the race to conquer space progressed, the animals we sent in our stead slowly became more human. Eventually, in January of 1961, a Chimpanzee named Ham (an acronym for Holloman Aerospace Medical Center) became the first hominid in space.

Prior to the flight, Ham wasn’t known to the public by name. These animals were instead referred to only by number, in order to prevent the public from becoming emotionally attached to an animal who, if the fates of the Alberts were anything to go by, might very likely die.

Ham was trained in basic mission procedures, meant to push buttons in an effort to prove that future astronauts would be able to pilot crafts while in orbit. Ham endured an experience very similar to what future Mercury astronauts would encounter, riding in the same van that would later ferry humans on Mercury missions, and sitting in a couch that later human astronauts would reside in. Luckily for Ham, he made his flight without any trouble. Ham was later recovered and lived the rest of his life first at the National Zoo in Washington D.C and then the North Carolina Zoo.

Three months later, on the back of Ham’s successful flight, Alan Shepard flew his Mercury mission and became the first American human being in space. Later, Shepard commanded Apollo 14 and walked on the Moon. Thanks, Ham!

The second episode of Space Force asked quite a lot of their chimpanzee. After completing his primary mission, their chimp was asked to embark upon a spacewalk and reconnect solar panels to a craft. No non-human animal has ever been asked to complete a mission so complex. While chimpanzees are stellar — if you’ll forgive the pun — at completing certain specific tasks, it’s unlikely that one would ever be asked to serve in such a vital capacity.

That said, everything we’ve accomplished in space has been built upon the shoulders of non-human animals like Ham, the Alberts, and others. We’d have no Apollo, no space station, and no continued human space exploration without them.