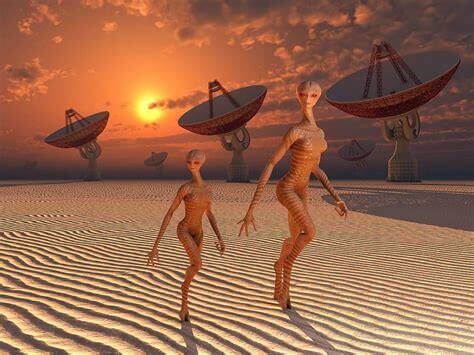 Trish Chamberson, NASA’s spokesperson publicly announced and admitted the existence of extraterrestrial life recently. He also stated that the National Space Agency is now engaged in a complex process trying hard to communicate with four types of intelligent alien types in the universe.

“The so-called “gray” visited our planet thousands of years ago. What do you think, who built the ancient pyramids and all other megalithic structures all over the world? In my opinion, everything is obvious,” – explained Chamberson.

According to Chamberson, these extraterrestrial creatures have a base behind the moon as well as they have the ability to make planets in the solar system. Apart from that, they have also started to explore the planet Jupiter a few months back too. Primarily, these creatures are more fond of mining the mineral resources which will not be dangerous for the survivors of the Earth.

Chamberson also marked the aliens as kind of unsociable creatures who aren’t much familiar to humans. But, the aliens have had continuous complaints regarding the actions of earthlings. As said by the spokesperson, Chamberson, the newcomers of them are distressed about using nuclear weapons around the world, because, “this has a bad influence on parallel universes” according to him.

Source of the information: Mysterious Thing.