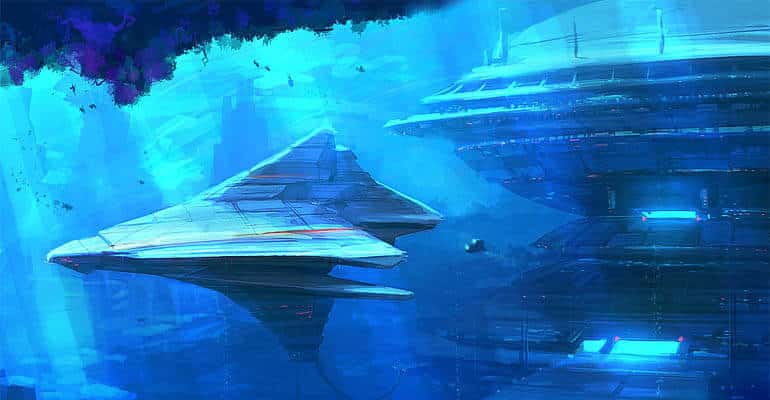 UfoHolic
Lake Baikal in Sibera has revealed something interesting. NASA photos reveal what appears to be an ET base. Even with a quick google search you will find that Lake Baikal is the largest freshwater lake in Asia, but not only that, it is in a rift zone where the earth’s crust is pulling apart.

Russia’s Lake Baikal is renowned for its UFO and USO sightings, as well as its colossal body of water which is believed to harbor a base for extraterrestrial beings – with some recent NASA photos to prove it.

Located in Siberia near the Mongolian border, this almost desolate ancient place dating for more than 30 million years has some really fascinating stories to tell.

Being the largest body of freshwater in the world, cumulating about 20 percent of the global freshwater and with a depth of over 5000 feet, this monstrous lake is presumed to hide many underwater caves which extend under the vast region of Siberia and who knows how much further.

Underwater depths are rarely explored because of the harsh conditions encountered, not to mention the cave systems that can’t be investigated because of the small and tricky entrances that don’t allow divers to carry their scuba gear and oxygen tanks.

We have little information about such places because they are inaccessible and dangerous for divers, which makes them a perfect hiding spot for an underground base for extraterrestrial organisms. As it happens, Lake Baikal has encountered several strange phenomena of this sort during the past years, recorded by either the military, the locals or by the UFO enthusiasts scouting the place.

According to the famous ufologist and former Soviet Naval officer Vladimir Azhazha, leaked “secret” files of the Russian government speak about an interesting episode from 1982 when military divers training in the depths of Lake Baikal encountered mysteriously shaped underwater vehicles moving extremely fast, beyond any aquatic device designed by the Soviet Navy at that time.

A few days after the bizarre sighting, the divers were training at a depth of about 150 feet when they came across a group of strange beings in silver suits, wearing only some kind of oxygen mask.

This time though, it ended tragically as the divers were ordered to capture the aliens. The beings would manage to evade the divers, three of whom would later die of decompression syndrome. The file was classified until recently.

Besides these records from the former Soviet Union, recent photos released by NASA may confirm that Lake Baikal is indeed a transition place for UFOs and USOs (unidentified submerged object) alike.

In 2009, astronauts aboard the International Space Station photographed two enigmatic round shapes from the icy surface of the lake which seem to have been formed as a result of a circular body rising from below. One of the saucer-like cracks was found near the southern end of the lake, while the other was close to the center of the lake. Both anomalies were symmetrical and perfectly round, pointing towards the idea of a spaceship or even a mothership that broke the extremely thick ice on its way out.

Could this be one of the underwater “vehicles” spotted by the Soviet divers in 1982?

I think about underwater bases and say: why not? Nothing should be discarded. Skepticism is the easiest way: believe nothing, do nothing. People rarely visit great depths. So it’s very important to analyze what they encountered there. – Vladimir Azhazha

Attracted by the strange anomalies and the depictions of locals claiming to have seen strange events involving UFOs here, a group of enthusiast adventurers traveled to Lake Baikal in 2012 equipped with different pieces of recording and scientific gear, hoping to surprise live alien activity. One member of the expedition, Vladimir Kuznetsov spoke of another bizarre event here at Lake Baikal:

In 1958, there was a TU-154 airplane crash. There were some reports from the locals that a UFO pursued the air craft till it reached Baikal waters right here. And there were frequent reports of UFO activity around Baikal. So this is the reason why we decided to meet here.

Within Lake Baikal might reside an advanced extraterrestrial species, sheltered by the dense layer of ice and capable of traveling through the complex system of underwater caves.

The entire vast and desolate region of Siberia could be connected through this underground system. It wouldn’t surprise us if the Craters of Siberia, that turned to lakes recently, might actually be a UFO entrance or exit, linking all deep sources of water or even our humanly realm to that of the Inner Earth.

With current advanced recording technology being more and more affordable to us, we hope that one day soon some UFO hunter will find the ultimate evidence concerning extraterrestrial life here on Earth.