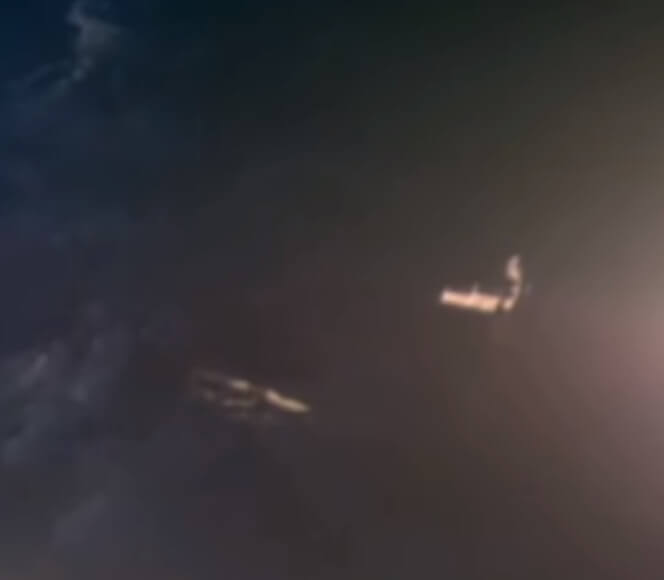 A recent discovery was made by a YouTube channel named Streetcap1 that accidentally caught a glimpse of two golden metallic objects charging one another in the sky.

The footage was originally caught by the ISS camera, and throughout the 7 minutes of video that was recorded the two objects are obviously not a trick of the light or a problem with the camera lenses. The video is cut suspiciously right before the two actually make contact, but this led the commentators to make up a ton of theories regarding this incident.

Some believe that these two objects are actually spaceships and that they’re preparing to dock one another. A similar report was made recently by former NASA engineer Mark McClelland when he supervised a meeting between astronauts and a 9-foot tall alien.

Other commentators believe that one of those might be the International Space Station and that this might officially prove that they know a lot more about aliens than they would like us to believe.

The reasoning behind this theory is the fact that the speed of the objects perfectly matches the speed of the space station. Nobody knows anything for sure as of yet, except that this is definitely suspicious, to say the least.