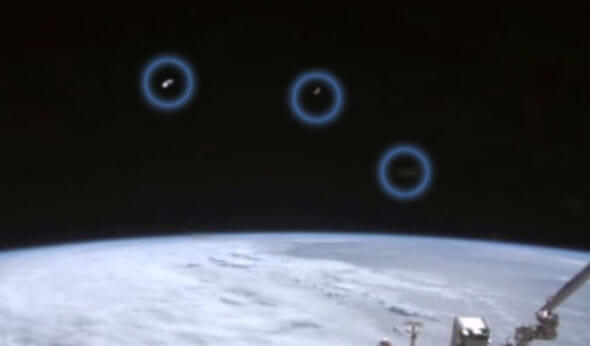 UFO sightings near the International Space Station have become increasingly common over the last few years thanks to NASA’s 24/7 live feed beamed to Earth directly from the space station. The live feed has become the subject of intense scrutiny by UFO watchers as of late, who have noted that the live feed has several times been conspicuously interrupted shortly after the appearance of mysterious objects.

Some UFO theorists are claiming that these sightings clearly show that Earth has become a popular destination for alien tourists who visit Earth on safari-like expeditions. Others believe NASA and world governments are preparing for some sort of massive global event such as an oncoming alien colonization or the beginning of an interplanetary war.

NASA, naturally, denies any knowledge of such coverups, and issued a statement earlier this year claiming that the interruptions in the ISS feed are automatic rather than part of some nefarious obfuscation attempt:

The feed is not switched manually. It’s all done automatically. There’s nobody at a control board. We used a space-based data relay network. It gives us a very good coverage area, but you do lose signal occasionally—anywhere from a couple of seconds to a couple of minutes. It varies from day to day.
It seems pretty coincidental that several recent interruptions in the live feed have coincided with sightings of mysterious objects. However, given the massive amount of space junk and debris floating around up there, there are naturally much more plausible explanations.

NASA, once again and “frustratingly for us” shuts down it’s live feed of the International Space Station, just because a huge UFO starts to appear as if out of nowhere. Let us see it aswell and stop hogging the history making events! We all paid for it, it’s BY RIGHTS OURS!
The public paid for every part of NASA including that very camera plus the ISS, rockets and the satellites.

Do we always have to remind you that “your a servant to the people”. If you want to hog it all, go private!

This event belongs to the world, not just NASA
Thank You ,
Nancy Thames 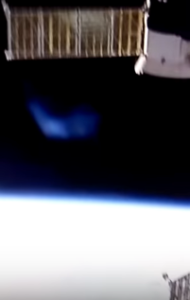