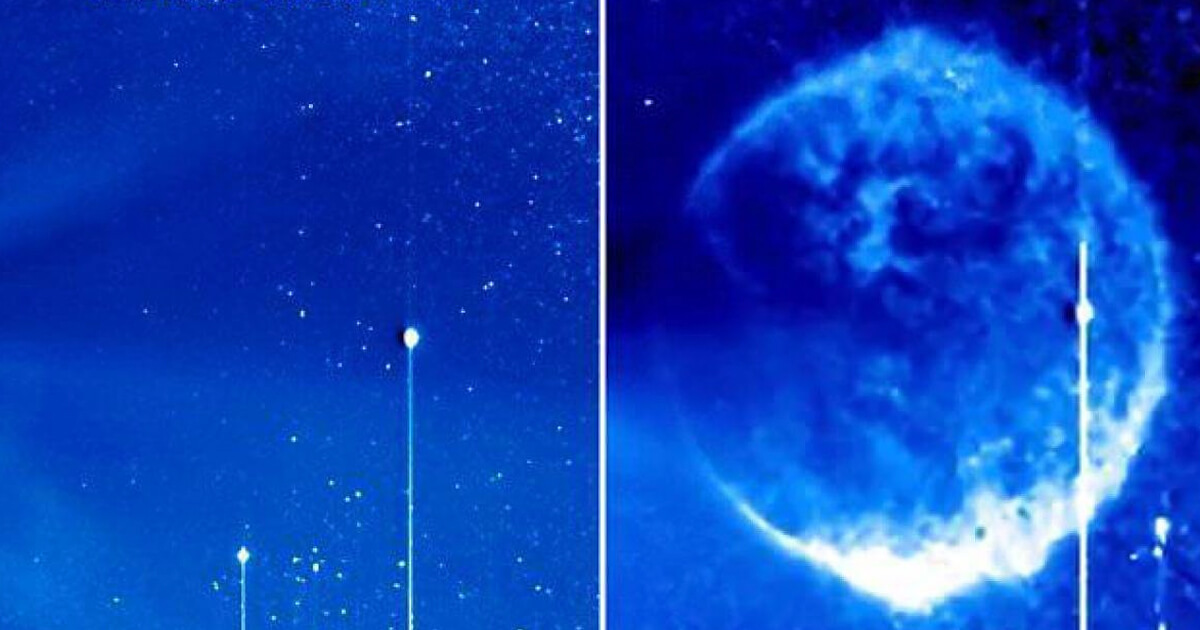 This new discovery comes to us from Mexico of all places as a young UFO hunter by the name of Pamela Johnson has apparently discovered proof of a strange UFO having passed the Sun by, making the Sun actually react to it. This is quite a stunning sight to say the least, as she caught the blue spherical object herself while inspecting the pictures that NASA uploaded on their own website.

The pictures were originally taken by NASA’s STEREO HI1 satellite which currently orbits around the Sun, as they had already claimed the fact that this is just another flicker of the light, nothing insane about it.

The following couple of frames are missing though which can definitely be a sign that something happened here which we weren’t allowed to spot to begin with.

The images that were reported here by her are definitely exceptional to say the least. She made the discovery on November 15th, as she was scanning over the most recent pictures that NASA reported on their platform.

Most people online were pretty divided when it came to this discovery, as there are some that believe in it while others completely disagree with it altogether, claiming that it is nothing more than just a random trick of the light. What do you think though?