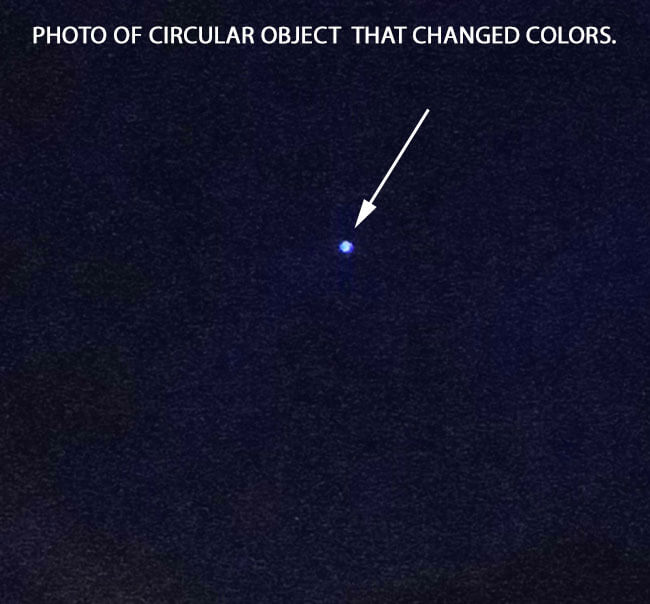 Just before midnight on the evening of 29th March in Salyersville, Kentucky, a glowing object that appeared to change color several times was witnessed and filmed by a local resident.

In the video clip, filmed on Route 40, you can hear the witness claim that the object was “weird” before going on to state how it was “changing (from) blue, to green, to yellow”. The continues to narrate the sighting, stating that “this is a UFO, an unidentified aerial phenomenon”. The witness can also be heard describing the object as being “like a rainbow” as it continued to change colors.

The witness would estimate that the object was approximately 15 to 20 miles from their position, as well as stating that this “is something I have been seeing a lot”.

You can view that video below.