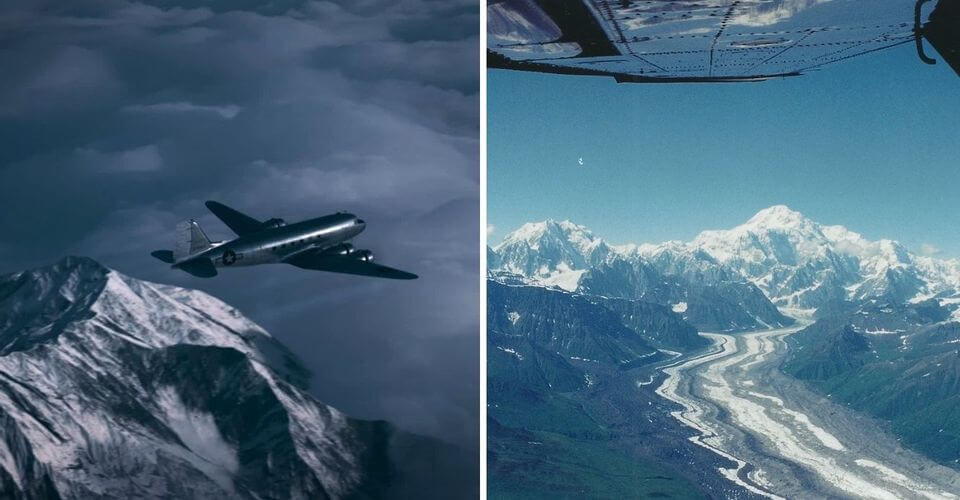 By Katie Machado
Sep 24, 2020
Since 1988, there’s been one area of Alaska that’s shrouded in mystery surrounding the disappearances of more than 16,000 people. This triangular-shaped area is connected via three Alaskan cities, Barrow, Anchorage, and Juneau, as well as the mountain range in Barrow. For decades now, the question has been raised as to why this area is responsible for so many unusual phenomena, so much so that there’s even a show dedicated to deciphering its mysteries on the Travel Channel.Some even refer to the Alaskan triangle as the ‘Devil’s Triangle’ due to all the activities that people have witnessed in the area, similar to the Bermuda Triangle. Anything from evil forces at work to unexplainable vortexes has been blamed for the cause of all the disappearances, although to this day, not one theory has proven correct. It’s even been said that the area experiences higher reports of UFO encounters, leading many to believe that extraterrestrial activity could even be to blame. Of the most wild of theories, the belief in Bigfoot is one that many stand by although in Alaska, he goes by a different name – Kushtaka, who lures unsuspecting people into the woods.

While the disappearances associated with the Alaskan Triangle have only been noted since 1988, the first troubling disappearance actually happened in 1972. The US House Majority Leader Hale Boggs was traveling across the Alaskan wilderness by private plane with Congressman Nick Begich, Russell Brown, and their pilot, Don Jonz, when they – and the place – seemed to have vanished. They were reported missing and still to this day, nothing has ever been recovered of the wreckage, if there was any. This was only the first of many as now it’s estimated that more than 16,000 people have gone missing in the area alone, a number that’s astounding compared to other dangerous towns and cities across the country.

Other Disappearances And Conspiracy Theories

Of those who disappear, hikers are among many of them. Oftentimes, it’s explained away by the wild Alaskan terrain where the weather can significantly inhibit a person’s ability to determine one direction from another, as well as altitude becoming an issue in some locations. However, the Native Tlingit Indians have their own theories which do include that of the Kushtaka, who is said to be responsible for many a wandering soul going missing in the wild parts of Alaska. It’s said that this demonic monster is responsible for stealing people away in water and on land, with no sign or trace of what happened to them left behind.

Another interesting fact about Alaska is that the state as a whole sees a high number of missing people cases. Statistics show that the state of Alaska has twice the national average of missing person cases than the rest of the country, which is quite shocking. In addition to this, it was reported in 2007 that Alaska State Troopers responded to 42 hiker rescues where the hikers were reported missing, as well as 85 missing boater reports and another 100 snow machine operators.

Out of all the theories put forth about Alaska’s strange disappearances, one stands out more than any as the culprit: The harsh conditions of the Alaskan wild. Those who have been found or recovered are usually the result of falling to Alaska’s extreme conditions, many of whom thought they were prepared for the weather, brutal cold, and wildlife, but weren’t. Accidental deaths are said to be the third-highest cause in the state and many of these occur while people are out in the wild – whether it’s by getting stranded while on a hike, falling off a cliff or mountain, drowning in frigid water, or even falling through one of my glacial crevasses that can be found all over the state.

In 1950, a military aircraft carrying 44 people also disappeared, making many wonder if the climate had anything to do wit the disappearance at all. Similarly, in 1990, an aircraft carrying 340 passengers also disappeared. No traces of either aircraft have ever been found, however, in 1947, a British South American Airways plane crashed in the Alaskan wilderness and the wreckage wasn’t found until more than 50 years later. When it was, experts were finally able to piece together the scene: It was determined that the plane had actually crashed into a vertical glacier and upon hitting the ground, triggered an avalanche that buried the plane in only a matter of minutes. Therefore, it’s not only the wilderness on its own that becomes the problem – the fact that recovery missions are sometimes impossible due to extreme snow and ice make this area a disaster zone for any type of places or vehicles.