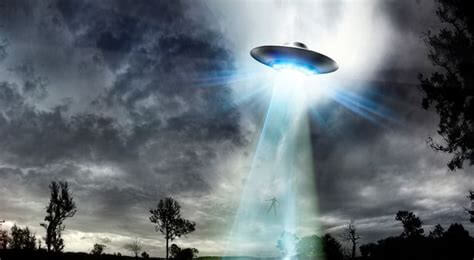 When we recently discussed the story of the respected Israeli General who told a reporter about an agreement between the United States and a supposed “Galactic Federation” of extraterrestrials, there was a lot to unpack. Haim Eshed told Raanan Shaked of the Yediot Aharonot newspaper that President Trump had been on the verge of spilling the beans about all of this, but the aliens talked him out of it at the last minute. He also mentioned that we have a secret federation base in the interior of Mars where American astronauts regularly work in cooperation with the aliens. We were mostly left to speculate why he would say such things, but I tracked down some social media comments from the author of a recent book about Eshed for further insight. I concluded that the most likely explanations were that Eshed was either losing his marbles or Shaked had grossly exaggerated some of his comments to make the article more viral.

As it turns out, there’s another possible explanation. As Tim McMillan reports at The Debrief, filmmaker Jeremy Corbell interviewed Shaked over the weekend to gain additional details about the interview, Eshed’s state of mind and where he was supposedly getting his information. Assuming the reporter’s conclusions are accurate, Eshed is quite sane, but he does have a history of getting his “information” from conspiracy theory authors who aren’t generally viewed as being terribly reliable sources of hard data.

When it comes to secret pacts between the U.S. Government and extraterrestrials, rather than sharing anything he had first-hand knowledge of, Shaked explained Eshed was citing information long put out in some of the more fringe circles of Ufology. Namely, a nearly 40-year-old conspiracy that President Dwight D. Eisenhower secretly met and signed an agreement with extraterrestrials…

The majority of sources pin the origins of the Eisenhower story to the “Granddaddy of American conspiracy theorists” – William “Bill” Cooper.

In his best-known work, “Behold a Pale Horse” (1991), Cooper claimed in the early 1970s while serving with the Navy’s Office of Naval Intelligence, he was granted access to classified documents describing President Eisenhower’s meetings with extraterrestrials. Cooper also claimed a “Galactic Space Confederation” made up of eight different extraterrestrials species existed.

Shaked claims that the quotes from Eshed are accurate but they are being taken “out of context.” I’m not so sure about that, however, for a couple of reasons. On the surface, it’s a reasonable explanation. I’m familiar with the “Eishenhower negotiated with aliens” story and much of Bill Cooper’s work. To the best of my knowledge, nobody has ever provided any documentation or other corroborating evidence that such a thing ever happened which wasn’t eventually shown to be a hoax. So if Eshed is a big fan and has really taken those stories to heart, it indeed might explain how he came about these beliefs.

But here’s the problem with that theory. Bill Cooper has been dead for almost twenty years. In the interview, Eshed was talking specifically about President Donald Trump and his supposed interactions with representatives of the nine alien species comprising the Galactic Federation. He couldn’t have gotten that from Cooper’s writings. Further, I’m one of “those people” who tend to keep up with all of the hot rumors in the field of ufology and I’ve yet to see anyone suggest something like this about Donald Trump, even among the conspiracy theorists who have fallen fully down the rabbit hole. So where did Eshed obtain this new “information?”

Later in the original interview, he admits that he doesn’t have first-hand knowledge in the form of seeing the aliens himself, but he does tell Shaked that there was “other information he saw” during his 30-year career with Israel’s space agency, some of which came from counterparts in the American space program. (But he can’t reveal who they were or what they shared yet.) It’s not a direct admission, but it certainly suggests that he was telling the reporter that his claims were credible and evidence exists to back them up.

With all of that in mind, I don’t see how you can say that his comments were “taken out of context.” Quite the opposite, in fact. I’m willing to accept that Eshed is still in possession of his faculties and even sincerely believes the things that he’s saying. But he’s also going well beyond the old conspiracy theories about Ike and breaking some new ground. If he didn’t make up these stories himself, I’d be very curious to know who has been peddling them to him.

Here’s the interview with Shaked from Corbin’s YouTube channel. You can decide for yourself.