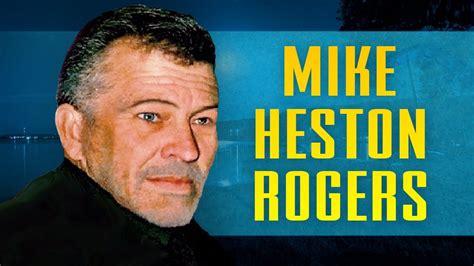 Michael Heston Rogers to discusses driving the truck during the 1975 Travis Walton UFO Incident, what they went through and the aftermath, he also briefly discusses his take on The Phoenix Lights Incident. Show Notes: https://podcastufo.com/show-notes/mik…​ BIO: Mike Heston Rogers was born April 4th, 1947, the year of the “flying saucer” and raised as a stark realist in one of the greatest generations in America. On November 5, 1975, Mike was working for a logging company in Arizona when he and his entire woods crew witnessed something he would never have believed, the abduction of Travis Walton. That is where his adventure into the paranormal began. Mike has appeared on countless radio and TV shows all over the world, numerous tours and docudramas, a major movie, “Fire in the Sky”, and been contracted by Paramount to do an international promotional tour for the film. He has presented an officially proven, realistic revelation to the Phoenix Lights and had his scientific abstract of that revelation printed in the MUFON Journal, in May of 2019.Mike’s insistence on a realistic analysis to all things paranormal has sparked a new kind of interest with many talk radio hosts, and thus began his idea for “The Realist with Mike Heston Rogers”, a new radio show with a unique and refreshing format that centers on guests from all walks of the paranormal with the overall purpose of awakening eager-believers of things that are shockingly real in this endless universe!