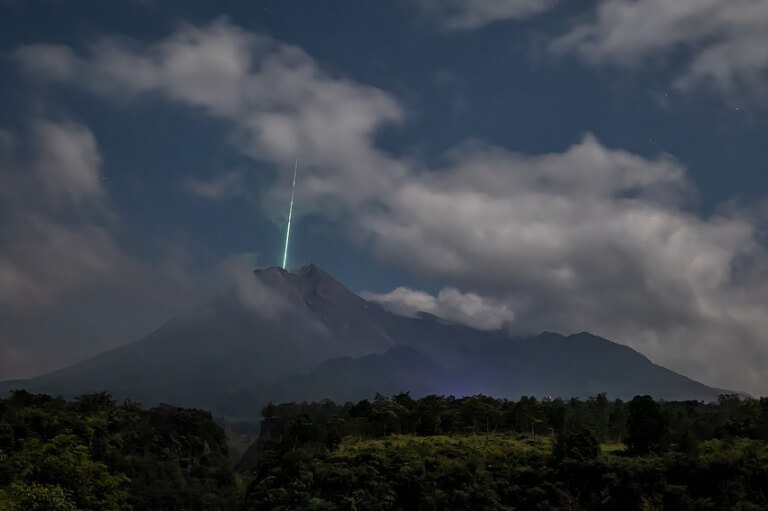 A meteor penetrates the atmosphere and smashes against the Mount Merapi volcano near Jogjakarta, Indonesia, resulting in one of the most stunning and strange scenes ever captured on video. A video of the magnificent meteor was published on social media by @jogjaupdate yesterday, and it has since gone viral. The footage was obtained by a CCTV from Megadata, an internet service provider in Indonesia, on Thursday, May 27, 2021. The CCTV film was captured at a Megadata facility in Kalitengah Kidul, Jogjakarta, which is also home to Mount Merapi. The video of the meteor lighting up the skies above the Mount Merapi volcano may be found here: 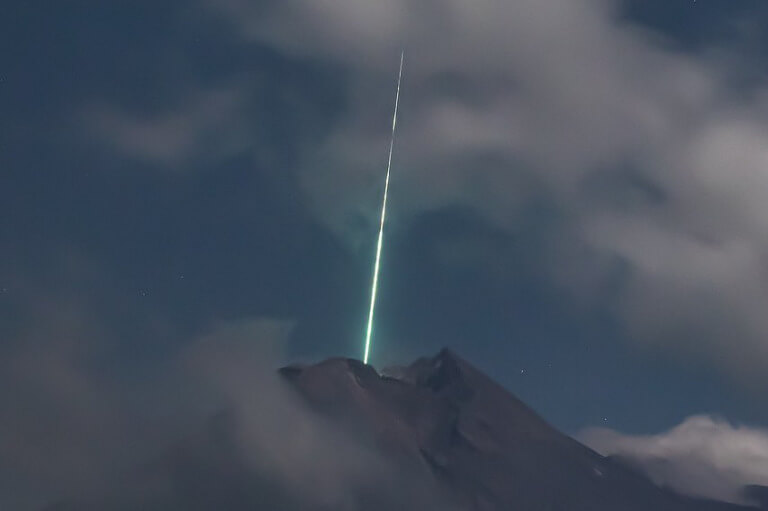 While the CCTV film is a little hazy, a ball of light can definitely be seen entering the atmosphere exactly above the peak of Merapi volcano before slamming into it. Fortunately, a local Indonesian named Gunarto Song was taking shots of Mount Merapi volcano at the time of the incident and was able to capture the meteor in all of its magnificence. Take a peek at these breathtaking photos he provided on his Instagram page below! Gunarto told Indonesian news portal kumparan that he took the images at around 11.07 p.m. last Thursday from a place in Batu Alien, Kaliadem Cangkringan district. Since February of this year, he has been attempting to photograph the lava of the Merapi volcano with sunrise and sunset views. On that particular day, though, he was attempting to get a photograph of Merapi volcano against the backdrop of a full moon. Gunarto went on to say, “All of a sudden, a great ray of light fell from the sky onto the summit of Merapi volcano… It was quite bright and quick. This is a genuine photograph. 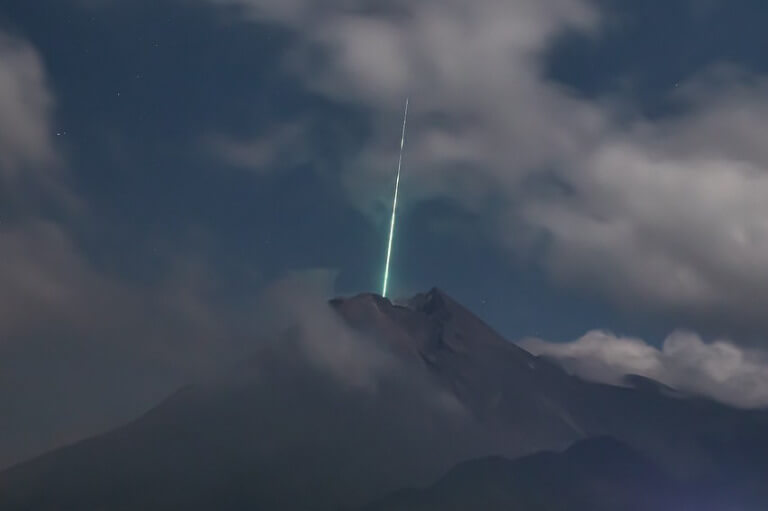 When I shot it, I used a 4 second exposure.” Mount Merapi is revered as a sacred site in Javanese culture and mythology, particularly by those who live in and around the area. This magnificent video and photographs of a meteor smashing to the summit of Mount Merapi would undoubtedly fit the supernatural aura that Mount Merapi has among the Javanese people!