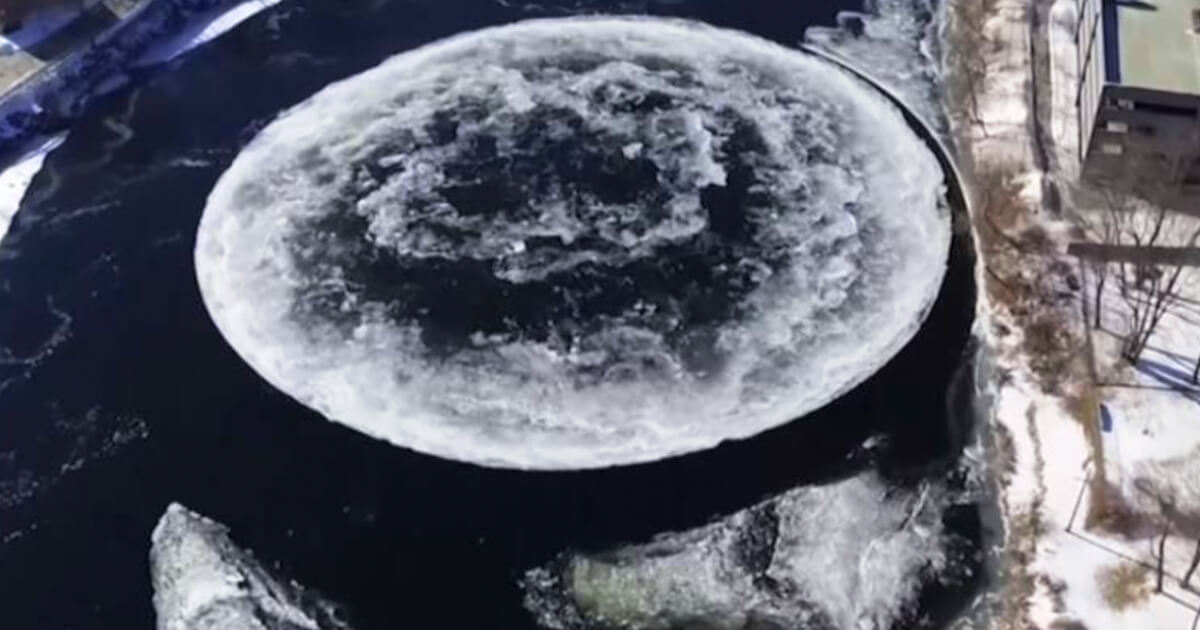 April 13, 2021
In the Presumpscot River on Tuesday afternoon, a massive circle of ice developed in the freezing weather. The incredible spectacle, estimated to be about 100 meters in diameter, rapidly became a social media sensation due to its perfectly circular appearance. At river bends, where the accelerating water produces a rotational sheer, breaking off pieces of ice and spinning them until they form a circle, ice disks like this form. Tina Radel, the city’s marketing and communication officer, recorded the disk video. The phenomenon is expected to attract new tourists to the region.