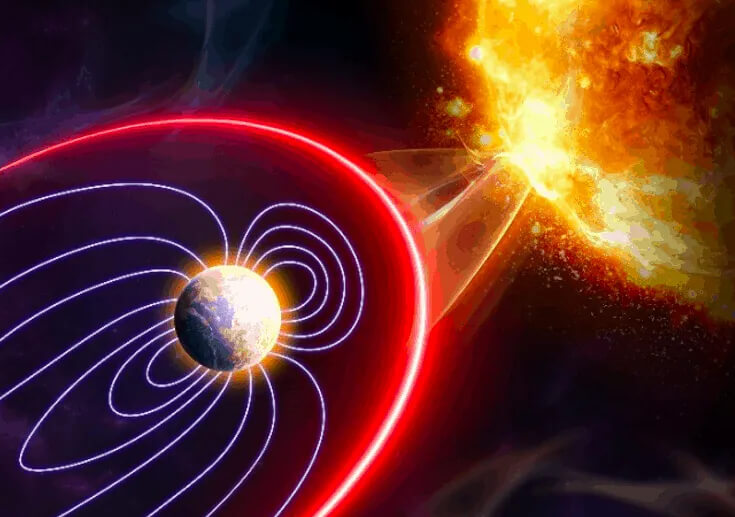 The major catastrophe that is a direct threat to the technology-based world is not from Earth but outer space. Today, modern society is vulnerable to space weather events including coronal mass ejections and solar energetic particles (SEPs) from the Sun. To study the nature of SEPs, scientists are looking back into history. They have found the ground-breaking data recorded by the ancient Assyrian astrologers in the cuneiform tablets.

Scientists discovered that the Assyrian cuneiform tablets are the earliest known recorded data on the Solar storms. Around 3000 years ago (approximately 680 BCE–650 BCE), Assyrian Kings recruited professional astrologers to note down the unusual light in the sky. They wrote about this cosmic phenomenon in the rectangular tablets and named them “Enūma Anu Enlil” (EAE) to keep the data separable from other records.

This research was conducted by four Japanese professors from the University of Tsukuba. According to them, 14 Assyrian and 30 Babylonian scholars had been collecting the astrological data from 709 BCE to 649 BCE and found three ancient cuneiform tablets that described the events in the sky with red light.

The Assyrian kings used to get the report from the scholars on a regular basis. In one of the reports, the scholars did observations on Mars two to three times a day while in another report, they observed Moon “on the 29th day of a certain month.” The reports were sent to the kings from Nineveh (Assyria) and from cities in Babylonia such as Babylon, Borsippa, Cutha, Dilbat, Ur, and Uruk.

The scholars left special remarks for rare astronomical phenomena such as comets, halos, and meteors. The Assyrian scholars did such an incredible job that it shows their great knowledge in many celestial events.

Science Daily reported that the researchers used the carbon-14 concentrations in tree rings to conclude how those three red phenomena occurred due to solar magnetic storms.

“These were probably manifestations of what we call today stable auroral red arcs, consisting of light emitted by electrons in atmospheric oxygen atoms after being excited by intense magnetic fields. While we usually think of aurorae as confined to northern latitudes, during periods of strong magnetic activity, as with a solar mass ejection, they may be observed much further south. Moreover, because of changes in the Earth’s magnetic field over time, the Middle East was closer to the geomagnetic pole during this period in history.”

So, how would all this ancient astronomical research help scientists today? To understand it, we should be aware of the fact that modern civilization is all dependent on technological infrastructures, and it is not friendly with the magnetic surge coming from space, especially spacecraft and satellites are vulnerable during solar flares.

“These findings allow us to recreate the history of solar activity a century earlier than previously available records. This research can assist in our ability to predict future solar magnetic storms, which may damage satellites and other spacecraft,” explained co-first author Yasuyuki Mitsuma.

It would be wrong to say that Jupiter was first discovered by Galileo Galilei as the findings in the cuneiform tablets assured researchers that sometime between 350 and 50 BCE, Babylonian astronomers used sophisticated geometry to track the motion of Jupiter as it represented their main god, Marduk. These ancient geniuses tracked down Jupiter’s movement along the ecliptic on a routine basis and noted it on the clay tablets.

In 1700 BC, astrologers were mainly focused on the celestial movements of the bodies in space. Babylonian accumulated the list of more than 7,000 celestial omens in 70 cuneiform tablets. Such practices to track celestial objects’ movements were mainly done by priests to determine the will of the gods.