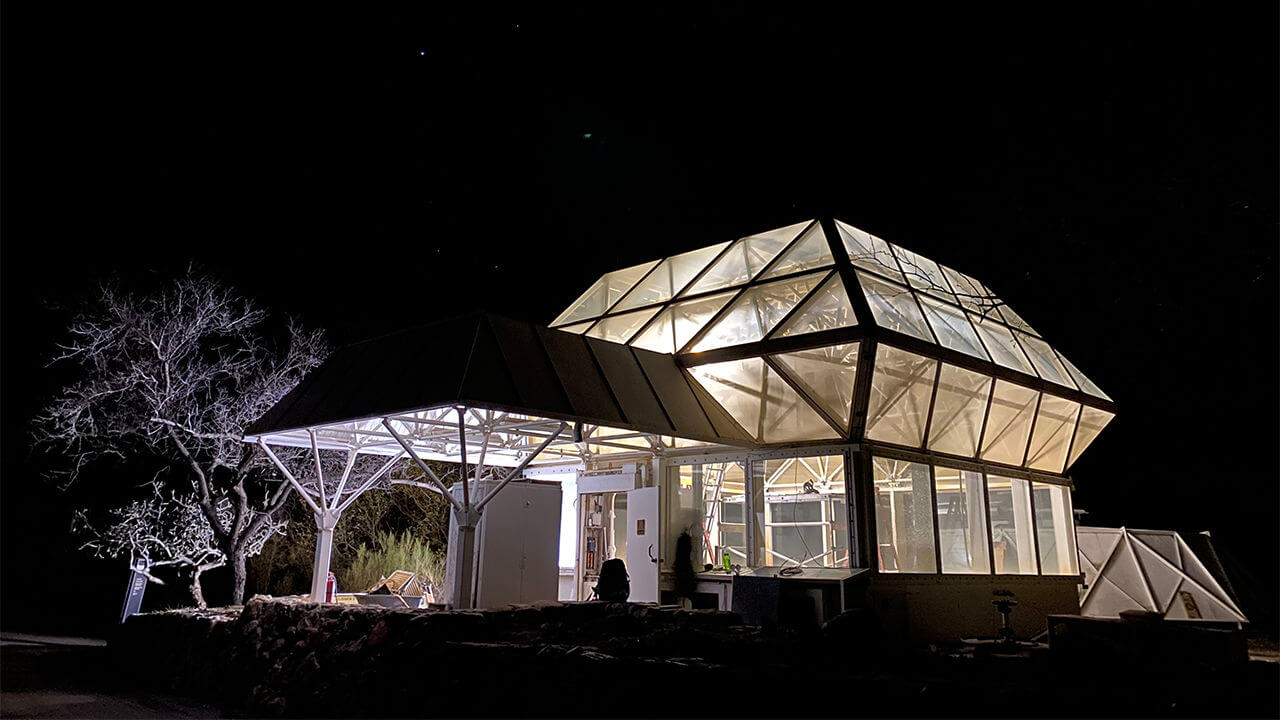 There’s a story, possibly apocryphal, about a cosmonaut who conducted a plant-growing experiment aboard a Russian orbiter in the 1970s or ’80s. When the cosmonaut returned to Earth, he was evasive about the experiment’s outcome. “I ate it,” he finally declared. “I just had to eat something fresh.”

Kai Staats, director of a new research facility known as the Space Analog for the Moon and Mars (SAM), likes to tell this tale to illustrate two things about space travel: It’s hard to underestimate the importance of fresh vegetables when you’re living in a tin can for months or years on end, and human beings are unpredictable.

SAM will attempt to address both of those concerns when it becomes fully operational later this year as the world’s newest Mars analog, and strives to come closest to simulating a martian habitat. Such model space habitats—about a dozen exist around the world—aim to test technology and practice mission protocols, as well as mimic the cramped, harsh living and working conditions astronauts will face if they travel to the Red Planet decades from now. (NASA announced earlier this month it will be 3D printing its own analog soon, and called for recruits to live there.) SAM is being refurbished from part of the most famous analog, the Biosphere 2 facility outside Tucson, Arizona, which next month marks its 30th anniversary.

SAM is a welcome addition, says ecologist Shannon Rupert, director of another Mars analog, the Utah-based Mars Desert Research Station. “SAM has two distinct blessings,” she says. “First, it’s already connected to a known destination, Biosphere 2, so it can have a huge public impact.” Second, its airtight and pressurized facility “is the first of its kind.” But the project—for now a single building—still needs funding to support its grander vision.

If it succeeds, SAM could redeem some of the promise of Biosphere 2, a large-scale, sealed-ecosystem experiment that was part hippie commune, part serious scientific endeavor. (Biosphere 1, according to its founders, is Earth itself.) Eight “biospherians” spent 2 years living in the contained, futuristic habitat, which featured acres of cropland, a rainforest, desert, and an indoor sea. But technological failures and crew conflicts overshadowed its mission; today it serves as a tourist attraction and hosts earth science projects.

Staats, a documentary filmmaker and applied mathematician, worked with researchers from the University of Arizona to renovate a structure built in 1987 as a “test module” for the main Biosphere 2 building. About the size of a small house, the test module—which shares the futuristic, semigeodesic design of its big brother—will serve as SAM’s airtight greenhouse. Eventually, Staats plans to connect it to three shipping containers—one is on-site now–with living quarters and lab space. All can be sealed off to maintain a positive internal air pressure to keep external air from leaking in. In June, rehabbers pressurized the greenhouse for the first time in 30 years.

The original Biosphere 2 experiment infamously failed to achieve self-sustaining breathable air and needed external oxygen. Researchers have more modest goals for SAM: a system in which, over time, plants and humans produce and consume more and more of the oxygen and carbon dioxide (CO2) needed to support one another.

It’s a delicate balance, as the dynamic changes every time inhabitants harvest plants or sow seeds. Microbes add a further complication, as the original biospherians discovered when bacterial decomposition unexpectedly drove up CO2 levels. Tracking the gradual transition from imported air to air that has been recycled by plants inside SAM will help researchers model exactly which and how many plants and mushrooms to grow and harvest to maintain the right balance, Staats says. “The goal is to learn how to start with all mechanical systems, as will be the case when we first land on the Moon or Mars, and then move toward plant-based systems over time,” he says.

Real-world data on the interplay of gases inside the greenhouse will be invaluable, says Martha Lenio, a renewable energy engineer at the World Wide Fund for Nature who served as mission commander for an 8-month jaunt at the Hawaii Space Exploration Analog and Simulation martian analog. It’s relatively easy to model the relationship between oxygen and CO2 in an idealized setting, but in the real world, “what do you do when things get out of whack?” she asks. “The human variable is not well understood. I think they’re going to get a lot of useful information.”

Staats envisions researchers from academia, industry, and government space agencies paying to run space-focused experiments—say, on plant growth in sealed environments—and test space-bound equipment. People can live and work inside SAM for weeks or months at a time. The first clients arrive early next year; two were part of the original Biosphere crew.

Eventually, Staats plans to install a 2000-square-meter “Mars yard” landscaped with a lava tube and scaled down versions of martian craters. “When it’s finished, it will be the highest fidelity Mars analog ever built,” he says.

But it’s far from finished. And Staats and colleagues don’t yet have the funds to do so. So far, they’ve worked on a shoestring budget, having received about $100,000 from private donors and a tech incubator. They’ll need another $250,000 or so to fully equip the facility, Staats says. He hopes that money will come from investors, companies paying to use the facility, and grants.

He says this time around, the project’s goals are achievable. “Biosphere 2 represents what we might do on Mars—[maybe]—100 or 150 years from now … [with] an ocean, a rainforest, all the things we’re accustomed to at home,” he says. “But SAM represents what we’re going to do 20 to 25 years from now. We’re scaling it back to what’s realistic, what we can do immediately.”