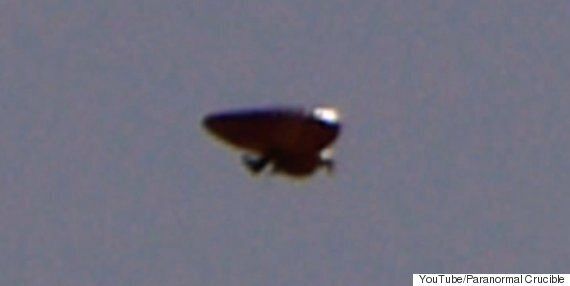 For several decades, the world has been stunned by the unbelievable UFO sightings that take place all around the world. Thousands of UFO reports have been recorded since the beginning of the pandemic and still, there are no answers why the numbers have increased. Only in the United States, the NUFORC has recorded a 51% increase in sightings in 2020.

While the Pentagon is preparing the UFO documents, the sightings in Costa Rica have surprised many people. Unfortunately, there is no UFO tracking organization in Costa Rica. Only on social media, people share photos and videos of whatever weird they see in the sky.

On February 24, 2016, a UFO that flew over the volcano near the Irazú national park in Costa Rica was captured. The altitude of the volcano is 3,400 meters, and the saucer-shaped disk was seen flying above it. The image was taken at 11 a.m. by the witnesses who were flying in the airplane at that time. Many believed that the craft exited from the secret underground base that is 4-5 kilometers below the volcano. The craft shared extreme similarities with the UFO that was captured in the “Friendship UFO case.”

In 2015, a photographer took a photo of a strange-looking UFO that many people compared with the manta ray (aquatic animal). The man who clicked this amazing photo reportedly took it near Ciudad Colon, Costa Rica. Initially, it was thought the object was a drone, but it had no visible propellers, which means that it might be an unknown craft.

The sighting was first observed by the MUFON network, where the photographs were taken in the bright morning. UFO researcher Scott Waring said that most of the fake UFO photos and videos are made in the United States, and the chance of these photos being phony was “very low overall.”

The next UFO spotting occurred in 2013, when the pilot named Joseph Daniel Ara

The next UFO spotting occurred in 2013, when the pilot named Joseph Daniel Araya was flying over the skies of Costa Rica on January 23, 2013. He was filming the view of Costa Rica when the high-speed craft was captured on his iPhone. He said that while filming, he did not notice the object. Only after he watched the video, he could see it. Joseph showed the video to astronomer Alberto Villalobos and UFO researcher Alexis Astua. According to Villalobos, the mysterious craft was up to 10 meters long, cruising at the speed of 3,600 km. Astua believed it could be the reflection but at the same time, he did not rule out the UFO theory.

On September 4, 1971, members of the Instituto Geográfico Nacional (National Geographic Institute) were taking photographs above Lake Cote for the Costa Rican governmental company that provides electricity and telecommunication services. The photographs were taken for the construction of a hydroelectric dam near the lake Arenal, when the mapping agency members accidentally captured a UFO in their high-resolution camera that was mounted on the plane, pointing downwards. The photograph is considered to be the clearest and best UFO photograph ever taken.

According to researchers Richard Haines and Jacques Valle, it is the most impressive photo which is analyzed by experts from around the world.

“In summary, our analyses have suggested that an unidentified, opaque, aerial object was captured on film at a maximum distance of 10,000 feet. There are no visible means of lift or propulsion and no surface markings other than dark regions that appear to be nonrandom… There is no indication that the image is the product of a double exposure or a deliberate fabrication.”

This intriguing photo was taken when Sergio Loaiza Juan Bravo and Francisco Reyes were flying in a Canadian-made Areo-Commander model F680. Loaiza was in charge of aerial photography that day.

They were flying at 10,000 feet, mapping the landscape beneath with the high-resolution camera that was programmed to take photos every 13 seconds.

While reviewing the negatives, Loaiza could not believe his eyes. He even said that they were completely banned from talking about it. According to UFO researcher Oscar Sierra, the photographs were analyzed in the USA and France and found to be 100% real.