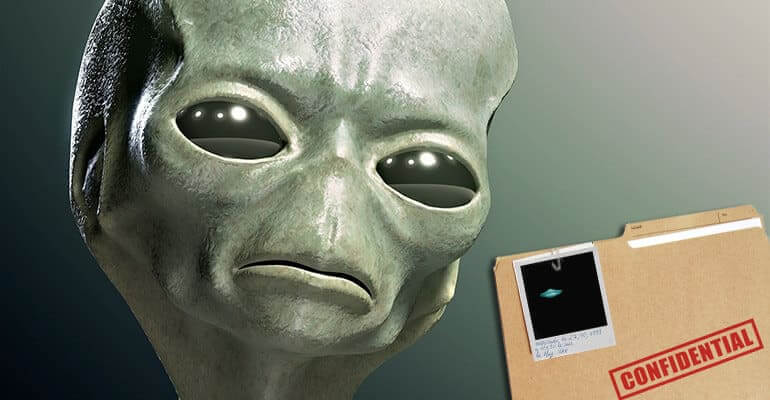 This case shows maybe the biggest cover-up of extraterrestrial encounters in known human history. Have we been lied to all along ?

Jaime Shandera was an influential Hollywood movie producer and UFO analyst. Back in 1984, he received a bizarre package from Albuquerque, New Mexico, containing an undeveloped 35 mm black and white film.

What he witnessed after he developed the film roll forever changed his view of extraterrestrial life forms and humans alike. He possessed secret information confirming the existence of aliens as well as TOP SECRET organizations that were hiding everything from the eyes of the public.

The film contained negatives of an eight-page briefing paper dating from 18th of November, 1952 meant for the elected president Dwight D. Eisenhower. The first page contained a warning focusing attention on the extreme importance the document held. It stated:

On the second page there was a list of twelve renowned US military leaders, scientists and intelligent advisers. The third page revealed the actual subject of the paper entitled – The recovery of a crashed flying saucer and alien bodies near Roswell, New Mexico, in July 1947.

The final page was a memorandum from September 24, 1947, from President Harry Truman to his secretary of Defense, James Forrestal, in which the President told Forrestal to begin the “Majestic-12 Operation”, leaving no other explanation of what that might be.

Opinions are split regarding the authenticity of these documents but, considering the fact that a few other similar packages have surfaced along the years that followed, we tend to believe that this was no forgery. And here is why.

In 1985, Bill Moore received a postcard advising him to look through the newly declassified papers at the US National Archives. Following the advice, Moore found a memo confirming the existence of Majestic-12 (also known as MJ-12 or MAJIC), written by Eisenhower’s Special Assistant for National Security, Robert Cutler and addressed to Nathan Twining – the US Air Force Chief of Staff.

Other documents about MJ-12 were received by UFO researcher Tim Cooper between 1992 and 1996. Eager to find the truth, he investigated the autenticity of the papers. Some of them proved to be fake but, according to Cooper, who secretly shared the info with Friedman in order to find the truth, two single-paged documents seemed to be authentic after all.

The first contained instructions addressed to General Nathan Twining (a presumed member of MJ-12), about his activities during a journey from July, 1947 to New Mexico at the site of a crashed UFO.

The second paper was a memo to President Truman, with a top reference entitled “MAJIC EO 092447 MJ-12”, leading towards the secret organisation.

Probably the most complete MJ-12 paper was shared in 1994 by Don Berliner, a UFO investigator and science writer. He received an anonymous film containing 23 pages of a Special Operation Manual of the Majestic-12 Organization, dated April 20th, 1954. The manual had information about different ET situations and how to deal with them on different occasions. It was entitled “Extra-terrestrial and technology, Recovery and Disposal.”

Considering that the majority of evidence is on tape, the original paper or ink cannot be studied closely but, other details such as the field of work of the MJ-12 members or their meeting dates, authenticity of the signatures and even the style of related documents can be analyzed in order to form a relevant opinion.