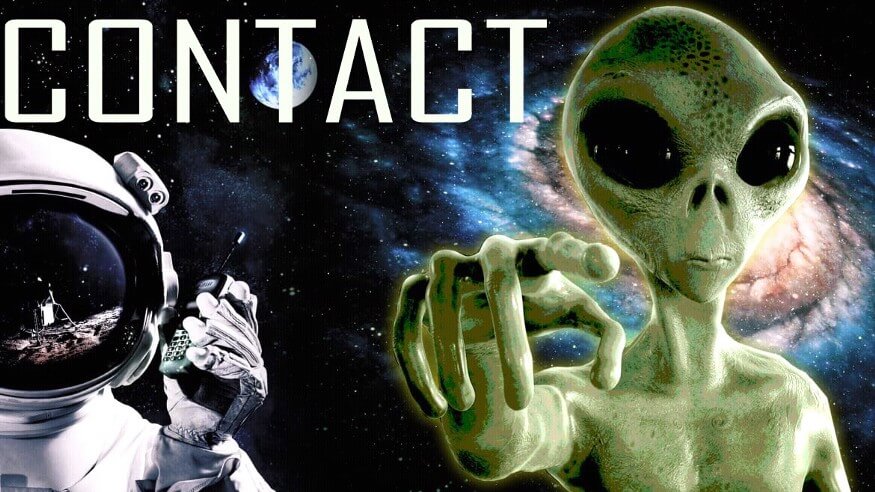 Currently scientists are searching for Extraterrestrial Messages in the Radio Spectrum. However, New Technology is being developed that sends and receives data outside of the Radio Spectrum. This New Technology is using Photons and Visible Light to send and receive data. Visible Light Quantum Communication Technology can also capitalize on what Einstein referred to as Spooky Action at a Distance which relies on Quantum Entangled Photons to communicate with each other regardless of their distance apart. Visible Light is naturally formed in our Universe and most likely the most efficient way to communicate long distance. Galaxy to Galaxy, Star to Star, Instant Quantum Communication.
Could Other Civilizations in our Universe be sending us Messages in Visible Light?

William Lawrence is a Photographer investigating new methods of communicating with Extraterrestrial Intelligence. Developing a new method of spectroscopy he has discovered Extraterrestrial Messages in the Visible Light Frequency of our star the Sun. In 2015 while creating an experiment to communicate with Ghosts he discovered that not only Ghosts were able to become visible but other life forms that he concluded were not from Earth. With this Discovery came many Unexplained Sightings of U.F.O.’s and it seemed the U.F.O.’s were targeting him due to discovering the frequency they’re using to communicate. When a Quantum Message is detected in Visible Light the sender of that message would be instantly alerted and with the evidence he has collected the Extraterrestrials have acknowledged being seen. Since 1984 most SETI Experiments searched for Radio Signals from E.T. but now with New Communication Technology there are other possible frequencies Extraterrestrials could be using and these new technologies is what William is looking into to establish communication with Extraterrestrial Life.

William has discovered how to process 100’s of Millions of Photons from our Sun into data. Using water contained in a Concaved Plastic Lens he allows the Light Particles from our sun to pass through the water and out the lens. He then projects the processed Light to a small black piece of Carbon Steel. The Steel surface is used as a screen for the light to be photographed with digital cameras. Once the photographs are collected with the experiment for around a hour they are reviewed and analyzed. Running this experiment for over 2 years consecutively he has collected overwhelming evidence of Extraterrestrial Messages.

Quantum Entanglement occurs when Photons are fired through Crystals. Williams investigation has brought him to the conclusion that what he is witnessing with his experiments is a form of Quantum Entanglement on a Macroscopic Scale. This has never been achieved before. His photographs consist of unexplained objects and beings that appear in full detail, they show Bilateral Symmetry and are forming on a scale smaller than a U.S. coin. The surface area allows for 100’s of millions of Photons to be photographed and the technology to entangle that many photons simultaneously to form a coherent image has not been invented by Scientist on Earth.

Current Explanations Have Been Ruled Out

Pareidolia and Optical Caustics have been suggested by a few Top U.S. Scientists he has reached out too including Lead MUFON Photo Analysts Marc D’Antonio and Seth Shostak of SETI Institute. However what he has discovered through his research in these claims is that they can’t be used to explain the unknown objects and beings that appear with his experiments.

Pareidolia: Pareidolia is a term to describe objects or faces that form on physical objects and in some cases have a surface area miles wide. The objects that appear in his images form in the Light. It has been scientifically proven that Visible Light can send and receive data. Since data can be transferred via entangled photons it’s highly logical messages could be detected with his methods which would warrant a further investigation.

Optical Caustics: Scientist have recently been able to imprint images in Glass and Plastic using sophisticated computer generated algorithms to embed the images in a transparent object. When light is shined through the object the embedded image can then be projected to a screen or wall. This is not a naturally occurring effect. All natural effects from Optical Caustics do not form coherent images with Bilateral Symmetry and in order for the images to appear they must be embedded in the object. This is not the case with his methods which would warrant a further investigation.

Join the search and Investigate!

(Scroll down for photos in order with descriptions.)

The truth is out there…

We Are Not Alone – The Disclosure Activists

A citizen-led effort to disclose the extraterrestrial…