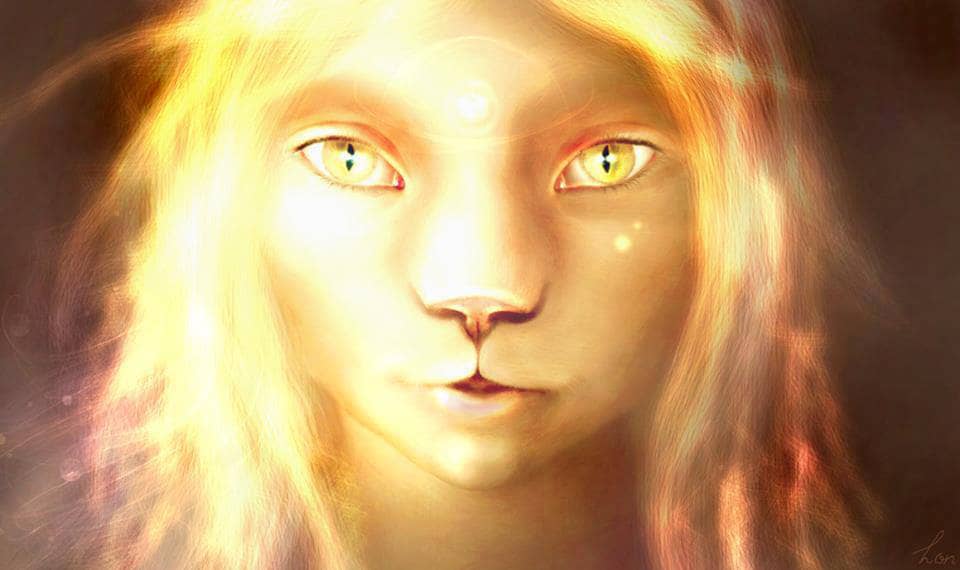 Associated with the star system Lyra, these ancient beings are feline in appearance. They descended from nonphysical beings from a completed universe, at the invitation of the creators of this universe. These spirits evolved into physical form as cat-like creatures, then evolving into more humanoid creatures.

A long long time ago, there was a Great Galactic War between the Reptilians and the Lyrans. The Lyrans won this war, ensuring our eventual existence as the human race.

In the war, the Lyrans were forced to leave their homeworld and broke into three distinct groups that settled the Pleiades and Orion star groups, as well as Andromeda. Much like the reptilians are no longer dragon-like Alpha Draconians the original Lyrans have evolved past their ancestors.

“The Felines are a bipedal race that stand 12 to 16 feet tall. Their skin is covered by a sort of soft fuzz, and though they don’t have fur, they do have manes and both the males and females have long hair.

I guess we see where a lot of our animals got their images from. Pretty Amazing.

Loads of Love and Respect,