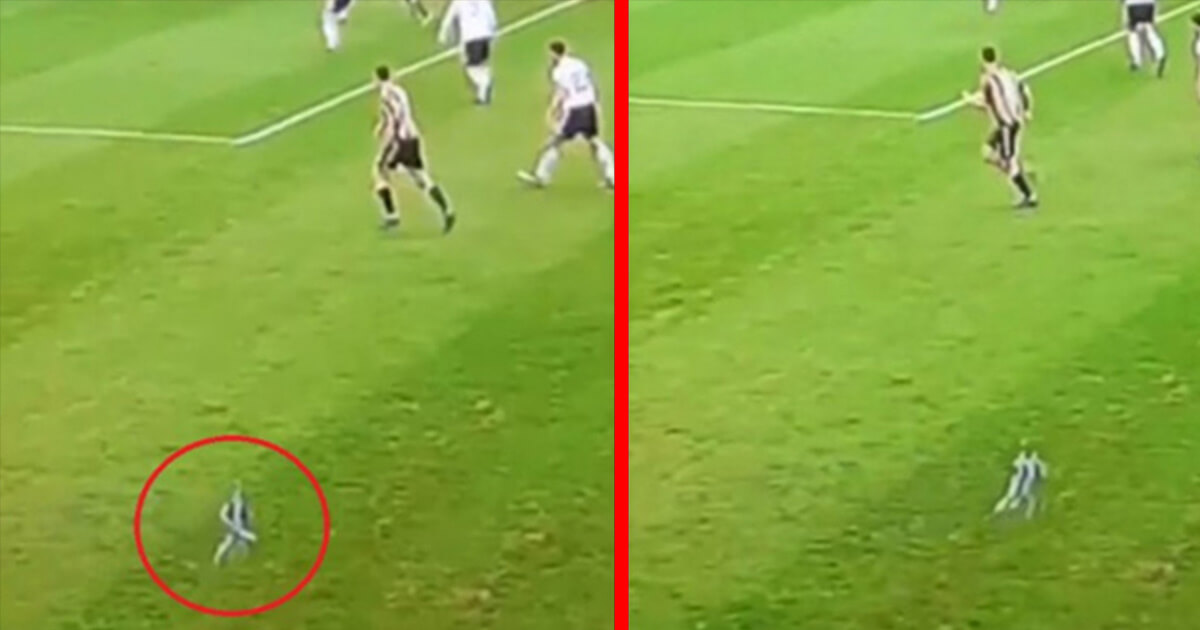 A strange incident occurred during a Scottish Cup soccer match between two rivals when a tiny weird being was seen running on the soccer field.

I looked over the video and the moment when the little creature appeared, and it appears that no one saw it.

The strange incident occurred right at the start of the game when the little small being was sprinting across the field. Someone who witnessed and recorded this is a supporter of one of the two teams. He initially assumed it was a ghost, and he shared the video on Twitter.

Here’s the link to the original video on Twitter: