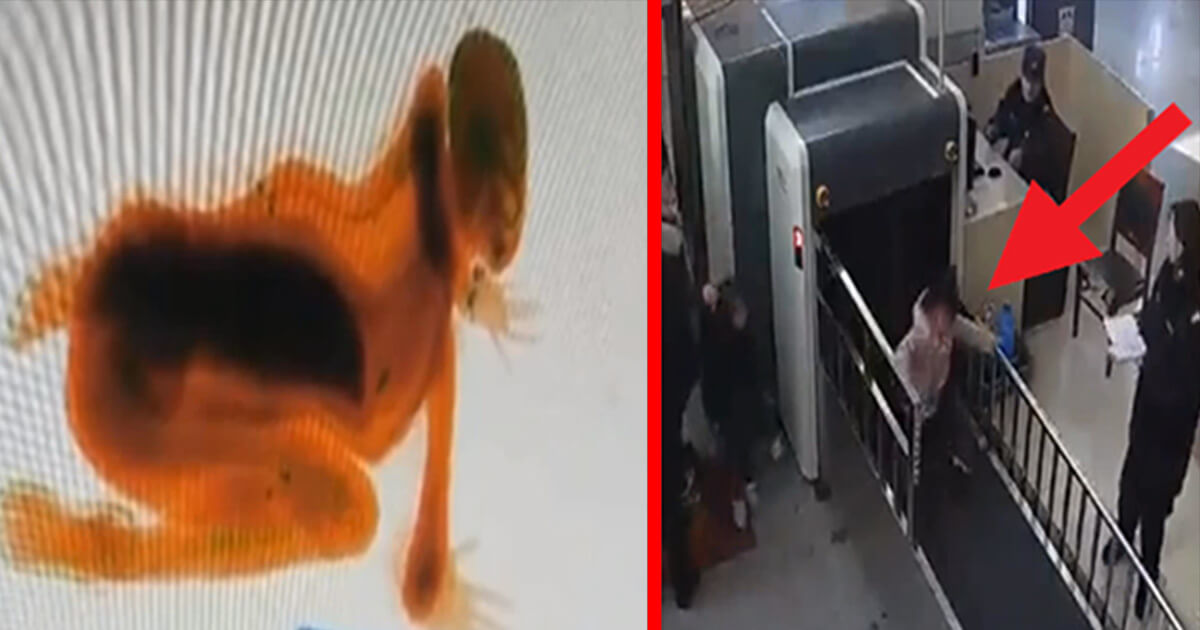 Life is stranger than fiction, as I like to say. It appears that the little gray has already created hybrids and has infiltrated our ranks. They are sometimes unintentionally exposed. In a Chinese airport, we have a strange case. On February 12, one of the CCTV security cameras at Jinan City Airport in Shandong Province captured a 5-year-old girl climbing into the luggage X-ray machine’s conveyor belt while a woman placed her luggage on it.

After a few moments, the girl emerges from the other end of the machine and leaps from the conveyor belt. His father, as well as the security staff, were unaware that his daughter had gone missing for a few seconds.

The security guards were taken aback by what the x-ray machine revealed, which revealed a horrifying human-alien hybrid.

We don’t know what happened after this incident because we don’t have any more information. Check out the video below.