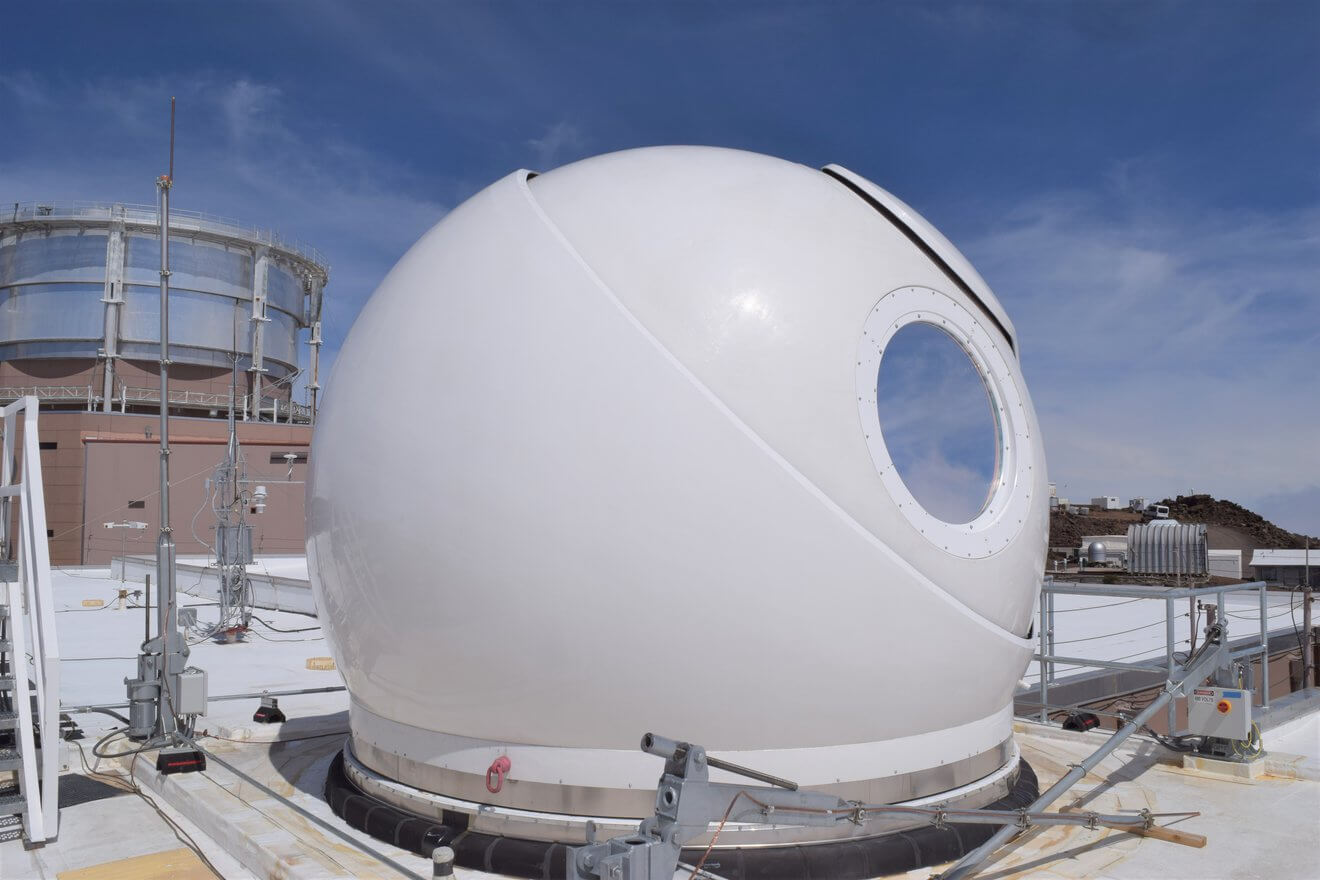 NASA Video
Space communications infrastructure in space and on the ground enables the data collected by missions to reach Earth, upgrading our capacity for discovery. Since the dawn of space exploration, NASA missions have relied on radio frequencies for this transfer of information. NASA’s Laser Communications Relay Demonstration (LCRD) will launch to space, showcasing the vast benefits of laser communications. LCRD’s ground stations, known as Optical Ground Station -1 and -2, are critical to the mission’s success.

Two optical ground stations, including one managed by JPL, will support NASA’s Laser Communications Relay Demonstration mission when it launches this fall.

NASA launches satellites, rovers, and orbiters to investigate humanity’s place in the Milky Way. When these missions reach their destinations, their science instruments capture images, videos, and valuable insights about the cosmos. Communications infrastructure in space and on the ground enables the data collected by these missions to reach Earth. Without ground stations to receive it, the extraordinary data captured by these missions would be stuck in space, unable to reach scientists and researchers on Earth.

Since the dawn of space exploration, NASA missions have primarily relied on radio frequency communications for this transfer of information. But this fall, NASA’s Laser Communications Relay Demonstration (LCRD) will launch and showcase laser communications – a revolutionary way of communicating data from space to the ground.

LCRD’s ground stations, known as Optical Ground Station (OGS) -1 and -2, are located on Table Mountain, California, and Haleakalā, Hawaii. These remote, high-altitude locations were chosen for their clear weather conditions. While laser communications can provide increased data transfer rates, atmospheric disturbances – such as clouds and turbulence – can disrupt laser signals as they enter Earth’s atmosphere.

“The way the local meteorology works, there is minimal dust and less atmospheric turbulence at the top of the mountain, which is great for laser communications,” said Ron Miller from NASA’s Goddard Space Flight Center and former development lead for OGS-2 in Hawaii. “It’s about 10,000 feet up, so you’re above a lot of the atmosphere and weather that occurs below the summit. It’s very common to have a nice sunny day at the top and be cloudy around the midpoint of the mountain.”

NASA communications engineers selected these sites because their weather patterns typically complement each other. When OGS-1 in California is cloudy, OGS-2 in Hawaii tends to be clear – and vice versa. To monitor cloud coverage and determine which station is to be used, commercial partner Northrop Grumman provided an atmospheric monitoring station that observes weather conditions at Haleakalā. This monitoring station runs nearly autonomously 24 hours a day, seven days a week. OGS-1 has similar weather monitoring capabilities at Table Mountain.

Despite the usually clear weather at these locations, NASA engineers must still work to reduce the effects of atmospheric turbulence on the data received by OGS-1 and OGS-2. To do this, both stations leverage the power of adaptive optics.

“An adaptive optics system uses a sensor to measure the distortion to the electromagnetic signal that’s coming down from the spacecraft,” said Tom Roberts, the manager of OGS-1 development and operations at NASA’s Jet Propulsion Laboratory in Southern California. “If we can measure that distortion, then we can send it through a deformable mirror that changes its shape to take out those aberrations that the atmosphere induces. That allows us to have a nice, pristine signal.”

While OGS-2 was developed specifically for the LCRD mission, OGS-1 is based at JPL’s Optical Communications Telescope Laboratory, which prior to LCRD was used for previous laser communications demonstrations. To get OGS-1 ready for LCRD support, engineers had to upgrade the ground station, modifying the system to bring it up to a higher standard. One such upgrade involved replacing the mirrors to have better reflectivity and higher laser thresholds so that the telescope can receive and send laser signals to and from LCRD.

Prior to mission support, LCRD will spend about two years conducting tests and experiments. During this time, OGS-1 and OGS-2 will act as simulated users, sending data from one station to LCRD then down to the next. These tests will allow the aerospace community to learn from LCRD and further refine the technology for future implementation of laser communications systems.

After the experimental phase, LCRD will support in-space missions. Missions, like a terminal on the International Space Station, will send data to LCRD, which will then beam it to OGS-1 or OGS-2.

LCRD is a hosted payload on the Department of Defense’s Space Test Program Satellite-6 (STPSat-6). While LCRD is a laser communications payload, the spacecraft will still have a radio frequency connection to the ground. The Payload to Ground Link Terminal (PGLT) located at the White Sands Complex near Las Cruces, New Mexico, will communicate tracking, telemetry, and command data to the spacecraft over radio waves.

“The mission operations center is the central brains of the LCRD system,” said Miriam Wennersten, LCRD’s ground segment manager of NASA Goddard. “It coordinates the configuration of the payload and all three ground stations at the same time, scheduling the various optical services and links.”

Without ground infrastructure, extraordinary science and exploration data would not make it to researchers on Earth. LCRD’s ground segment will be critical to the success of the mission, providing engineers with the opportunity to test and refine laser communications. In turn, LCRD will usher in a new era of laser communications, where missions will have unprecedented access to insights gleaned from satellites and probes in space.

More About the Mission

LCRD is led by NASA Goddard and in partnership with JPL and the MIT Lincoln Laboratory. LCRD is funded through NASA’s Technology Demonstration Missions program, part of the Space Technology Mission Directorate, and the Space Communications and Navigation (SCaN) program at NASA Headquarters. NASA Goddard manages OGS-2, while JPL manages OGS-1.