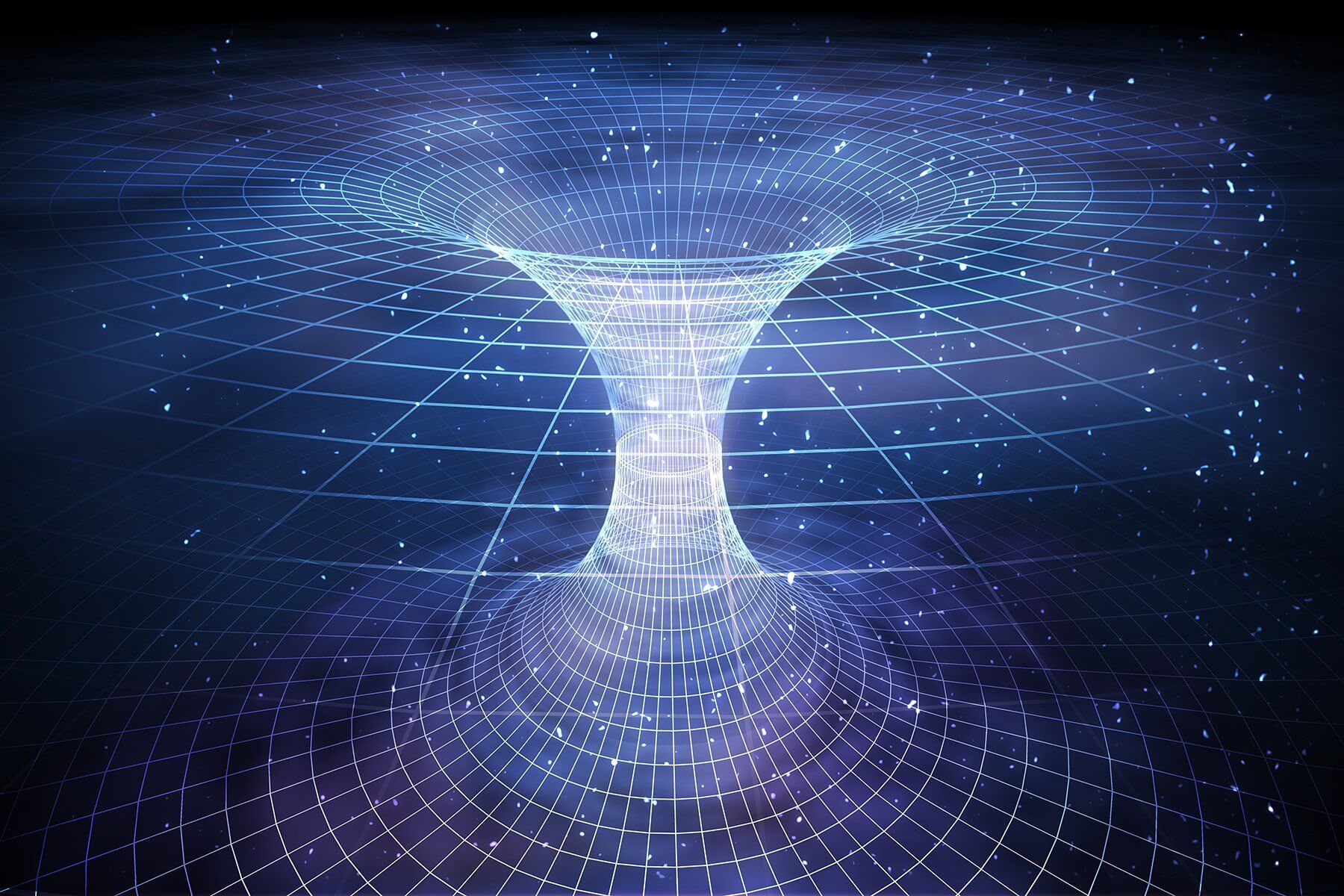 Web of Stories – Life Stories of Remarkable People
American physicist, John Wheeler (1911-2008), made seminal contributions to the theories of quantum gravity and nuclear fission, but is best known for coining the term ‘black holes’. A keen teacher and mentor, he was also a key figure in the Manhattan Project. [Listener: Ken Ford] TRANSCRIPT: One of the most remarkable features of nature is that a Quantum can pursue two different routes, through two different slits, come together and manifest itself as a single quantum. But nothing prevents one from saying that the quantum might be a photon, to speak of quantum of radiation, or it might be an electron, to speak of a particle. A quantum can go both routes or it can go a single route. And it’s possible to choose which. After the particle has already made its travel, you choose – after the particle has decided whether it’s going both routes or one route, and after it’s got through, you yourself decide which it shall have done. You seem to intervene to change the past. But quantum theory says it can be done. And I had the pleasure to spell out some of the features of such an experimental arrangement. My University of Maryland colleague, Carroll Alley, made changes in the experiment, but without changing the principle, and carried it out. And it checked, so that we now know it is indeed true that one can decide, at the quantum level, whether an object shall go two routes to get to its final point or just one route. You can make the decision after it’s already made the trip. That sounds like a contradiction, but it works.

Fast forward to today and there are a number of experiments in multiple fields showing that Planck was right. Consciousness is fundamental and it is directly intertwined with what we call physical material matter. You cannot explain consciousness in terms of the existing fundamentals like space, time, mass, and charge. As a result, the logical thing to do is postulate whether consciousness itself is something fundamental to the existence of reality.

A classic experiment used to examine the role of consciousness and its relationship to matter is the quantum double slit experiment. In this experiment, tiny bits of matter (photons, electrons, or any atomic-sized object) are shot toward a screen that has two slits in it. When there is no measuring device placed at the screen, the tiny bits of matter act as a “wave” and creates an “interference” pattern on the other side where a wall is placed to catch the pattern. Because there was no measuring or observation device used to see what slit the matter went through, we cannot know what path it took. When the pattern on the wall is examined to see what path it took, it represents a wave of possibilities, meaning the matter (particle) went through both slits, and one slit, and interfered with itself, which should be physically impossible. Welcome to the wacky world of quantum physics – anything and everything is possible.

Observations not only disturb what has to be measured, they produce it…We compel (the electron) to assume a definite position…We ourselves produce the results of the measurement. (M. Mermin, Boojums All the Way Through: Communicating Science ina Prosaic Age (Cambridge University Press, Cambridge, UK, 1990, referenced by Dr. Dean Radin, From A paper published in the peer-reviewed journal Physics Essays explaining how this experiment has been used multiple times to explore the role of consciousness in shaping the nature of physical reality

If this isn’t already mind-altering enough for you, one physicist, John Archibald Wheeler, pondered what would happen if we don’t interfere with the photons on their way through the slits? What would happen if we didn’t set up a measuring device to observe what slit the matter went through, and instead, what if behind the back wall there were detectors? One detector is focused on each slit, and just before the particle lands on the screen after it has passed through the slit device, the detectors are pulled away. When no one could detect which slit the photon had gone through, there was a wave pattern, but when the detectors were in place, there was no wave pattern. Similar to observing the particles before they went through the slit. No observation produced an interference pattern, and observation formed a one line, one slit pattern.

If they collapse to a state of particles from a wave at the moment of detection, after they have gone past the slit device, this means that even though they went through the slit unobserved and should produce a wave (interference) pattern, the very act of observing, still, instantly transforms them into particles and collapses the wave function.

This begs the question, how could these detectors interfere with something that had already happened? It would mean that what happened in the present changed the past. The very act of detecting the particles after they go through the slit determines how they went through the slit, either as a wave or as particles. How is this possible?

Like the quantum double slit experiment, the delayed choice/quantum eraser has been demonstrated and repeated multiple times. For example, physicists at the Australian National University (ANU) have conducted John Wheeler’s delayed-choice thought experiment, and the findings were recently published in the journal Nature Physics.

In 2007 (Science 315, 966, 2007), scientists in France shot photons into an apparatus and showed that their actions could retroactively change something that had already happened.

“If we attempt to attribute an objective meaning to the quantum state of a single system, curious paradoxes appear: quantum effects mimic not only instantaneous action-at-a-distance, but also, as seen here, influence of future actions on past events, even after these events have been irrevocably recorded.” (source)

To make the experiment easier to understand, Wheeler used a cosmic scale explanation. Imagine a star emitting a photon billions of years ago, heading in the direction of planet Earth. In between, there is a galaxy. As a result of what’s known as “gravitational lensing,” the light will have to bend around the galaxy in order to reach Earth, so it has to take one of two paths, going left or going right. Billions of years later, if one decides to set up an apparatus to “catch” the photon, the resulting pattern would be an interference pattern, as explained above in the double slit experiment. This demonstrates that the photon took one way, and it took the other way. A “wave” of possibilities, but the way it took has not been defined.

One could also choose to “peek” at the incoming photon, setting up a telescope on each side of the galaxy to determine which side the photon passed to reach Earth. The very act of measuring or “watching” which way the photon comes in means it can only come in from one side. The pattern will no longer be an interference pattern representing multiple possibilities, but a single clump pattern showing “one” way.

What does this mean? It means how we choose to measure “now” affects what direction the photon took billions of years ago. Our choice in the present moment affected what had already happened in the past.

My mind is blown just writing this article, I can’t stop thinking about it and what it could possibly mean, and how factors associated with consciousness are, in more ways than one, intertwined with what we perceive to be our physical reality. I recently published an article regarding consciousness and how it might be fundamental to the creation of our physical material world.

“The day science begins to study non-physical phenomena, it will make more progress in one decade than in all the previous centuries of its existence.” ― Nikola Tesla

Why does all of this matter? Because it’s one of multiple experiments showing a strong connection between consciousness and physical matter. What does this mean at the classic physics scale? What does it mean with regards to the way we think, feel, perceive? What does it mean when we are talking about solutions to problems we are facing on our planet? If human consciousness could be so fundamental with regards to the ‘creation of our reality’, why aren’t we talking about it more? What impact would changing the way we look at our world have on the human experience? What would happen if we started to see things in a different light?