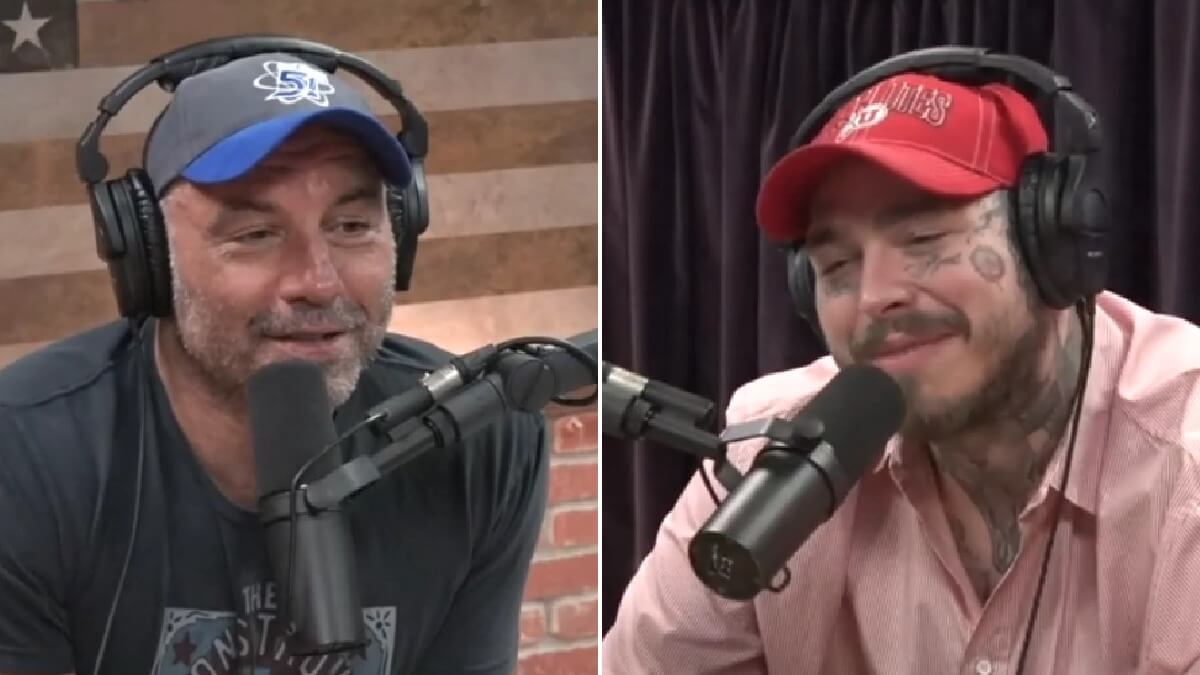 Just minutes into the podcast episode, the pair turned the conversation toward UFOs and aliens. Host Rogan said he really wanted to believe in extraterrestrials, but questioned the credibility of those who claim to have seen them. Malone then told Rogan he’s had multiple UFO sightings throughout his life.

“I’ve seen one. I was probably 16. I was in upstate New York,” he said at around the 20:20 minute mark. “Let me precursor this: My aunt and uncle were very strict, and we had to go to bed at very strict deadline—probably 10 p.m. I was looking out the window with my cousin and it’s just a light that just stays there and then just fuckin’ goes off … You can’t explain it.

Rogan then asked Malone how “strong” this particular memory was. The artist responded, “medium,” but said he’s had more recent sightings in Utah, where he currently resides, as well as Southern California.

“I used to live in Tarzana … It looked kind of like—it sounds corny—but like a classic forcefield … it’s kind of like a dome in a circular shape,” he said. “… In Tarzana, looking down at the fucking city. And I’m like, ‘How did no one else see this?’ But I was there with like four other fuckin’ people, and they saw it too.”

Malone and Rogan then theorized the public would soon learn more about purported extraterrestrials, and pointed to a recent New York Times report about otherworldly vehicles that’ve been retrieved by the Pentagon. Rogan said it would be a good time for the government to confirm the existence of aliens, as the world is so distracted by other problems.

The pair also discussed ghosts, weather control conspiracy theories, and the mask mandates due to the global health crisis. Malone said he believes everyone should don a face covering to be safe, but opposed policies that forced people to wear them.

“It’s like me in school having to tuck in my shirt or else you get detention. It’s weird to be forced to wear something,” he said. “At the end of the day, it all comes down to respect for other people. It’s not a government thing. You shouldn’t be forced to wear a mask — but you should. And that’s because I respect you as a fellow human.”