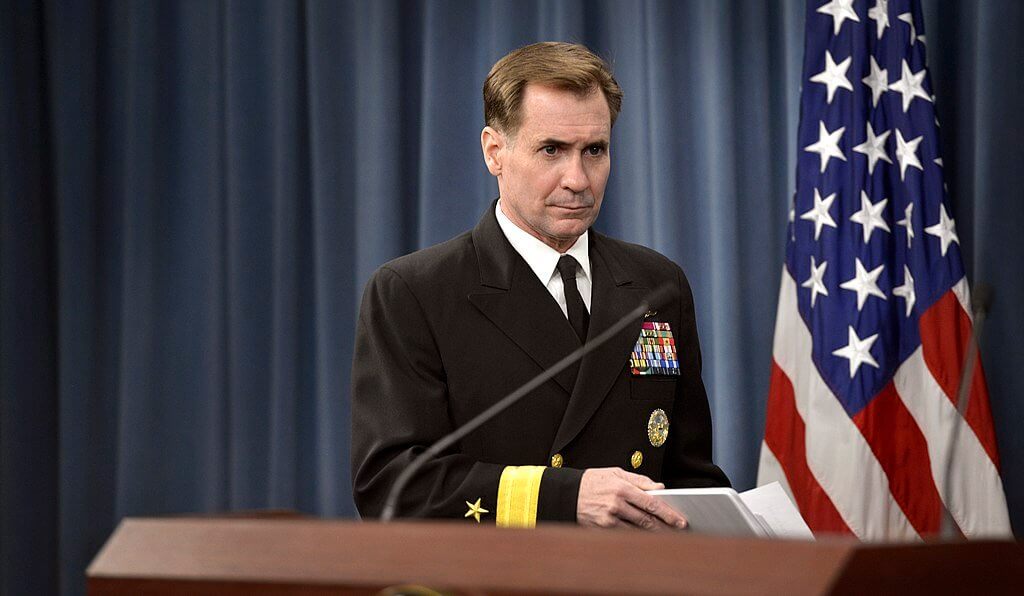 UFOs have gone from zero to hero in what seems like a week. A topic once ridiculed by mainstream culture now fronts some of the most credible and widely read newspapers in the world. Currently, many are eagerly waiting for what they believe will be an honest and revealing report from the US intelligence community on their knowledge of UFOs/UAPs. It’s expected to be out later this month.

Just come right out and say it! That was the approach taken by Task & Purpose’s Jeff Schogol, a journalist who asked John F. Kirby, the DoD’s primary spokesperson, a very direct question about what the Pentagon holds in terms of alien bodies and spacecraft. His question was delivered during a press conference last week.

“There’s no way that I can sugar coat this. I was talking to a gentleman about the UAP report. He contends the Pentagon has alien bodies and crafts. So I wanted to run this past you, does the DoD have these things and if so, where?”

It really doesn’t get more direct than this, and the response returned by Kirby seemed taken aback by such a direct question,

“The UAP Task Force is really designed to take a look at these unexplained aerial phenomena and try to help us get a better understanding of them. Again, I’m not going to get ahead of the report that the DNI will submit that we are helping, obviously, and providing input to and I’ll just leave it at that, Jeff.”

Perhaps the upcoming report will answer questions like this, but given the longstanding secrecy US intelligence communities have applied to this subject, it’s unlikely.

If you’re a bit more fresh into the UFO discussion, the answer from Kirby may seem normal. The spokesperson would rather heed to the upcoming report and allow it to do the talking. But if you’ve been at this a while, this answer is classic to most questions like this over the last 70 years – vague, lacking clarity, and an awkwardness suggesting those in charge know a lot more than they are letting on.

One key takeaway here might be that journalists who have access to such press conferences might assist the public by asking such direct questions more often. As journalists educate themselves on the depth of what is already known about the ET and UFO phenomenon, perhaps questions can become deeper and perhaps derive more revealing information from government officials over time. Soft ball questions like we commonly see will only allow these subjects to remain in secrecy like they have for the last 70+ years.

For what it’s worth, in my educated opinion having researched this subject for 12 years and having worked alongside fellow journalists in our outfit who have as well, I’d bet a great deal on the fact that the US government is in possession of ET bodies and ET craft.