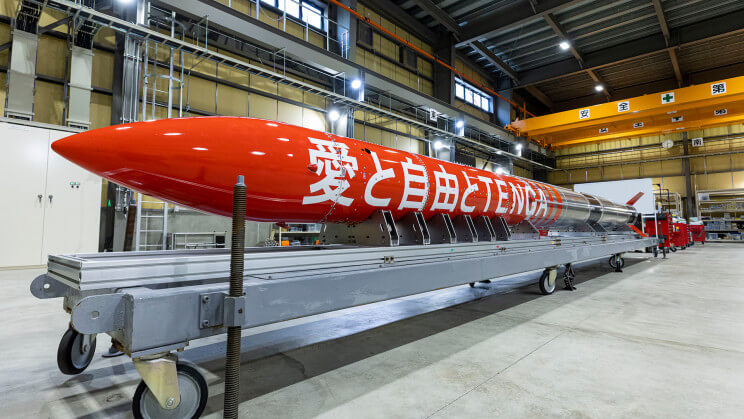 The company wants to be the ‘first sex toy brand to deliver space-ready items to people in space.’

The first mission will deliver 1,000 “messages of love and freedom” into space via a modified sex toy. The second will send two mascots, Tenga Robo and Egg Dog, into space — to be retrieved after falling back to Earth.

The third, and arguably most important, mission will see the company send a “Space Tenga” into space in order to retrieve data to help the company develop future space sex toys.

Aside from providing great publicity for Tenga, the oncoming launch actually highlights some important questions regarding sexual health in space. It comes at a time in which more and more long space missions — in which astronauts will have severely reduced human contact — are being planned.

The short history of (no) sex in space

When posed a question about cosmic coupling in 2011, NASA claimed that, to its knowledge, no astronauts have had sex in space. However, the more pertinent question might be, how feasible is it really to have sex in space?

In 2018, John Millis, a physicist at Anderson University in Indiana, stated that sex in space “would be a nightmare.” Millis cited the fact that it would be difficult for two people to remain in contact and not float apart in microgravity. What’s more, in microgravity blood rises to a person’s head, instead of their genitals — making it hard for both men and women to get aroused in space.

Still, with plans for months-long journeys to space, such as the first human mission to Mars in the works, the importance of sexual health, which is intrinsically linked to human health, cannot be ignored by the world’s space agencies — who have conducted numerous studies on the effects of isolation in space.

That’s the message Tenga aims to get across with its new rocket mission. On its website, the company says that “since its founding on July 7th, 2005, Tenga’s mission has been to redefine pleasure and sexuality, to bring it to the forefront for everyone to enjoy.”

“With this in mind, we’re looking towards the skies, and taking space as our platform to spread this message.”

Tenga’s mission, which was partially crowdfunded on the website Campfire — to the tune of ¥1,833,680 ($16,640) — will launch aboard a MOMO rocket developed by civilian spaceflight firm Interstellar Technologies (IST).

In an interview with IFL Science, Tenga President Koichi Matsumoto said “sexuality and its needs are always a part of us, and so I want to take […] our first step into space-product development. Some day perhaps, we’ll be able to create something that the likes of NASA will want to incorporate into their endeavors in space.”

The launch is expected to take place either in July or August from Hokkaido Spaceport, depending on weather conditions. IST’s MOMO rocket is designed to launch payloads to the Kármán Line, at an altitude of 62 miles (100 kilometers).

This isn’t the first time this month that discussions about sex and space have gone hand in hand — the shape of Jeff Bezos-founded Blue Origin’s New Shepard rocket turned many heads during its first human launch on July 20.

Others have also aimed, in the past, to address the challenge of sex in space. A velcro flight suit called “2suit”, for example, was designed by Vanna Bonta in 2006 to help people have sex in microgravity by strapping them together and stopping them from floating apart.