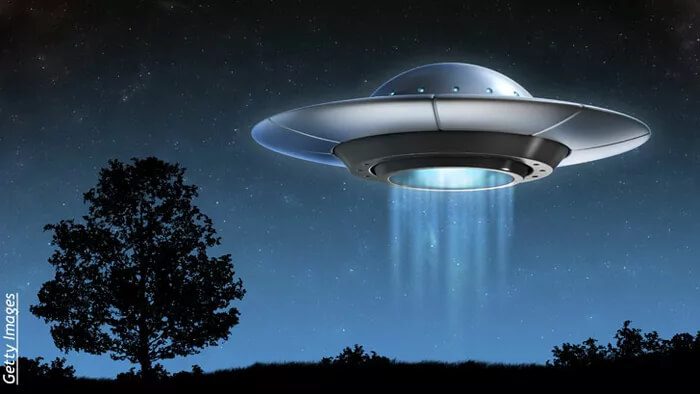 Although it’s known for its great cheese and beer, the state of Wisconsin also has lots to offer in the way of UFO research. It’s reportedly so steeped in ET history and lore, in fact, that three different towns there all claim to be its UFO capital.The Wisconsin towns of Dundee, Elmwood, and Belleville each present compelling arguments as to why they’re most deserving of the honor—and celebrate accordingly each year.Dundee is home to Benson’s Hide-A-Way, a local bar calling itself “UFO Headquarters.” Owner Bill Benson collects photos of UFO sightings taken by locals, putting them on display along with a jar containing what he says is the real body of an alien. Benson hosts Dundee’s annual UFO Daze at the Hide-A-Way, which includes the sharing of stories like his own involving crop circles and unusual lights in the area.

In 1975, on the opposite side of the state in Elmwood, a police officer claimed to have witnessed a fireball, hundreds of feet across, in the night sky. In addition, Officer George Wheeler claimed, he was knocked unconscious by a UFO the next year in an incident corroborated by at least one other witness. To commemorate these visits, Elmwood holds its own UFO Days every July.

Closer to Wisconsin’s southern border, unexplained lights in the sky were reported in early 1987 by residents of the town of Belleville. Although the sightings were dismissed by some authorities, witnesses like Glen Kazmar, a local police officer, insist that the objects were extraterrestrial in nature. The event, and similar ones reported later that year, is commemorated in the fall at Belleville’s annual UFO Days.

So where’s the UFO capital of Wisconsin, exactly? Apparently there’s no clear answer—but there are interesting reasons that these three towns all celebrate the sightings and encounters said to have occurred in each of them.