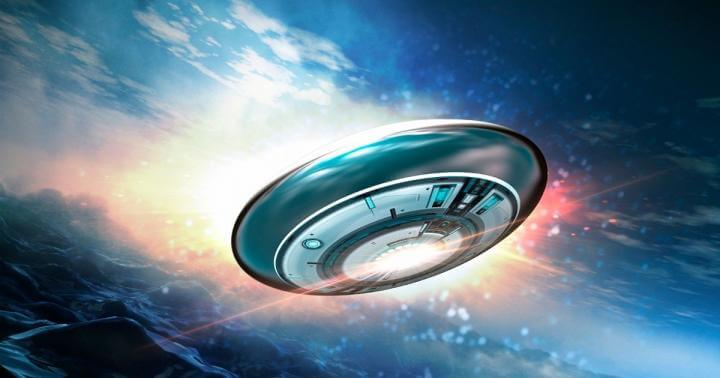 A highly anticipated government report on unidentified aerial phenomena in American airspace was released Friday afternoon – and it’s not as illuminating as some may have hoped.

The report failed to offer firm explanations for many of the questions that raised the report’s profile in the first place, such as whether unidentified flying objects, or UFOs, pose a national security threat or whether they offer evidence of extraterrestrial life.

“Today’s rather inconclusive report only marks the beginning of efforts to understand and illuminate what is causing these risks to aviation in many areas around the country and the world,” said Sen. Mark R. Warner, D-Va., Chairman of the Senate Select Committee on Intelligence.

The report, compiled by top intelligence and military officials, was commissioned by Congress after the Pentagon released three short videos in April 2020 depicting unidentified aerial phenomena. It was released by the Office of the Director of National Intelligence.

“For years, the men and women we trust to defend our country reported encounters with unidentified aircraft that had superior capabilities, and for years their concerns were often ignored and ridiculed,” said Sen. Marco Rubio, R-Fla., vice chairman of the Senate committee. “This report is an important first step in cataloging these incidents, but it is just a first step.”

The term “UFO” has become all but synonymous with “aliens” in modern pop culture. But experts say the term should be taken at face value: flying objects that don’t yet have accepted identification.

Here are five of the biggest questions raised by the report.

No evidence was cited to indicate the UFOs belong to alien life. But it also didn’t cite evidence to rule that out.

There have been 143 unexplainable reports of UFOs by U.S. government sources since 2004, and of those, 18 incidents – outlined in 21 reports – described unusual movement patterns or flight characteristics.

“Some UAP appeared to remain stationary in winds aloft, move against the wind, maneuver abruptly, or move at considerable speed, without discernable means of propulsion,” the report reads. “In a small number of cases, military aircraft systems processed radio frequency (RF) energy associated with UAP sightings.”

The report also says that the sightings “tended to cluster” around U.S. training and testing sites, but they determined this is likely due to greater focus in those areas.

2. Is national security threatened by their presence?

The report determined that the UFOs are a threat to flight safety, but their threat to national security is unknown.

The task force has documentation of 11 instances in which pilots reported “near misses” with unidentified aerial phenomena, according to the report. Regarding national security, data is too sparse to indicate whether the UAPs belong to foreign adversaries.

3. How many reports of UFO sightings didn’t make the cut?

There was no standardized way to report the sighting of a UFO until March 2019, when the Navy established one, and the Air Force only adopted it in November 2020, according to the report.

“The UAPTF (Unidentified Aerial Phenomena Task Force) regularly heard anecdotally during its research about other observations that occurred but which were never captured in formal or informal reporting by those observers,” the report reads.

4. How have we studied these phenomena in the past?

According to the report, there are a number of obstacles that stand in the way of collecting information on UAPs, like social and cultural stigmas and sensor limitations.

“Narratives from aviators in the operational community and analysts from the military and IC (Intelligence Community) describe disparagement associated with observing UAP, reporting it, or attempting to discuss it with colleagues,” the report reads.

Some of the sensor limitations include the fact that they’re designed to fulfill specific duties and may not be positioned well enough to distinguish the unknown objects from the known ones.

Because of the lack of cohesive data, it’s unclear how the UFOs were studied in the past.

5. What are the next steps to fill in these gaps?

The report goes into some detail regarding the type of changes that will need to take place to effectively explain the unexplained objects, but the specifics of what will change are still fuzzy.

Three key buckets of change needed to better study UFOs are listed in the report: standardizing reporting, consolidating data and deepening analysis; expanding the collection of data; and increasing investment in research and development.

The UAP Task Force is already developing interagency “analytical and processing workflows” to ensure informed, coordinated collection and analysis of the data, according to the report.