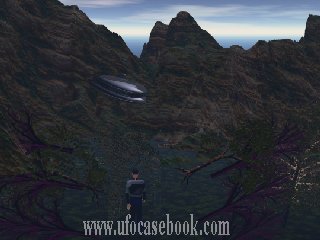 Not prone to exaggeration, this paper would spend the next few decades as the flagship conservative newspaper for the St. Louis area, before merging with another paper and becoming the famed St. Louis Globe-Democrat, one of the nation’s foremost papers until ceasing operations in 1986, but not before launching the career of a young Pat Buchanan in the early 1960’s. 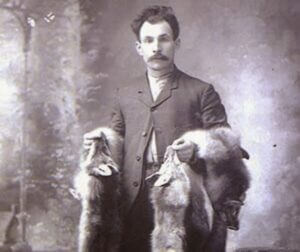 Updated 2/9/2020 – This particular article tells the tale of a man by the name of James Lumley.

We know little about Lumley, other than the Missouri Democrat seemingly finding him credible, but what we do know was that sometime in September of 1865 he was making his usual living of trapping fur somewhere in the mountains on the upper Missouri River, about 75 to 100 miles above stream of the Great Falls of the Missouri.

Just after sunset, Lumley claims he saw a bright light traveling rapidly through the sky in an easterly direction, where it exploded.

Lumley reported that he then heard a rushing sound, felt the ground shake, and smelled sulfur in the air.

Normally, one would consider this a classic case of a meteorite, but it gets better.

The next day, about two miles from his campsite, Lumley reports that he saw felled trees leading to an object that had partly embedded itself into a mountainside.

The object was “rock-like”, and divided into “compartments”, and most notably, it was covered in what appeared to be Egyptian-style hieroglyphs.

Liquid leaked from areas of the craft, and glass-like material littered the immediate area.

There is something very modern-sounding about this UFO account.

UFOlogy of that time was not yet even in its infancy.

The concept of men from mars was only just beginning, and was well before talk of Schiaparelli’s canals and Percival Lowell’s advanced Martian civilization, but all this business of their ships crashing into our planet, covered in hieroglyphs and leaking fluid, would not be discussed until the late 20th century and incidents like Roswell’s mysterious I-Beam and reports about the appearance of the Rendlesham Forest UFO.

The first Perhaps the best perspective of the times are the conclusions of the Missouri Democrat article.

It continues to theorize that alien beings used natural meteorites to travel to other worlds, perhaps intending to enslave the population.

No UFO needed, just hitch a ride on a small asteroid, wait a few thousand years, and voila, you land on a planet you can conquer.

Of course, the logistics of this transcend even planets: it’s much easier to build a spacecraft that can make a controlled voyage, than wait around for an asteroid to eventually hit a planet.

But the theory does illustrate that the concept of an alien spacecraft as we know it, never entered the mind of the author of this enigmatic article.

Yet, it sounds extraordinarily similar to accounts of UFO crashes of our time.

We don’t know what ultimately happened to Lumley, or if other versions of his account are out there somewhere.

It can be reasonably said he probably did not recover the UFO.

Does that mean it’s still out there?

A century and a half later?

Lumley gave the location of the crash at around 75 to 100 miles above the Great Falls of the Missouri in the mountains, implying that he probably was upstream in a mountainous area near the river itself.

Presuming the Great Falls being at the location of Ryan Dam, built on the largest of a series of falls collectively called the “Great Falls” but only those at Ryan Dam being properly called that, it would place his location in the area of Canyon Ferry Reservoir.