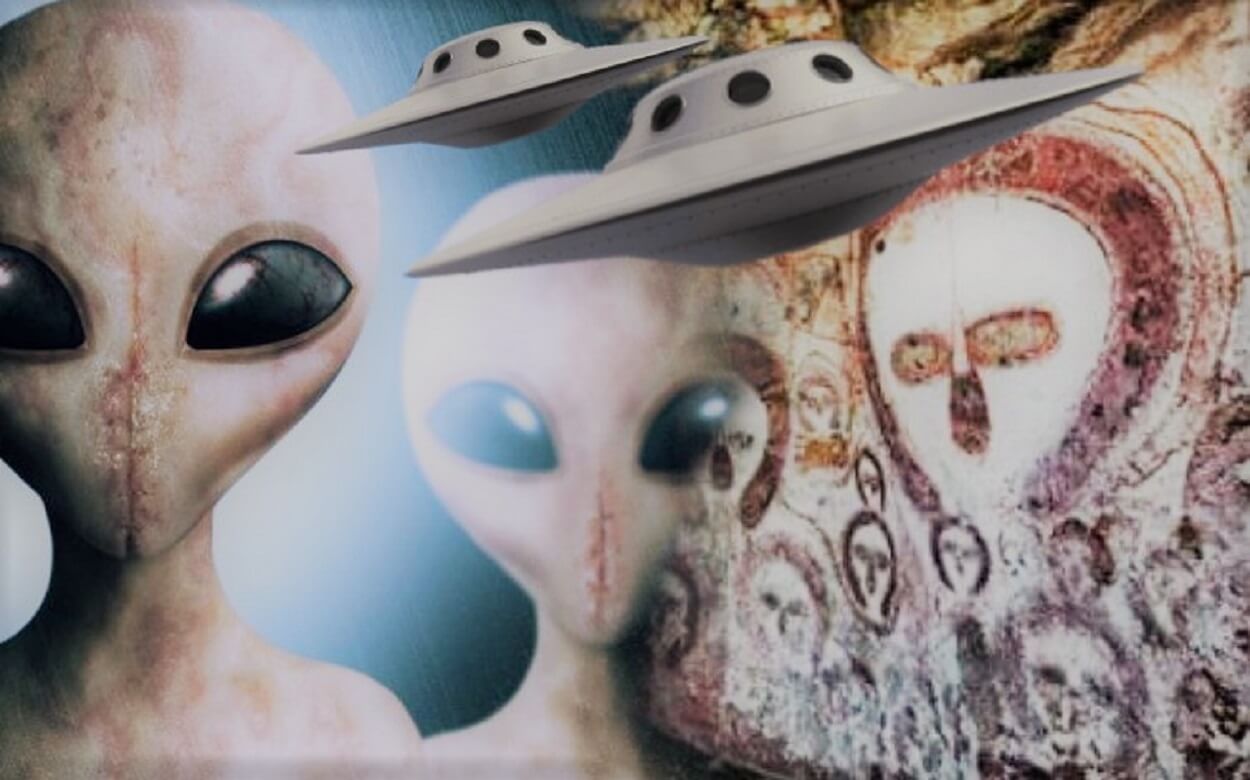 Ancient Origins
April Holloway interviews Steven and Evan Strong, authors of ‘Forgotten Origin’ and other titles, regarding human origins and the theory that purports that mankind did not originate out of Africa but instead began in Australia in the very distant past. They present evidence to support this theory as well as raise some fascinating possibilities about how life really began.

Indeed, we have examined such possible ancient alien connections to ancient Egypt, the Incas, the Mayans, ancient China, and the kingdoms of the Mesopotamian region. One region we haven’t examined, however, at least not from the ancient astronaut perspective, is the Aboriginal cultures of Australia. And specifically, the mythology that surrounds the Wandjina. 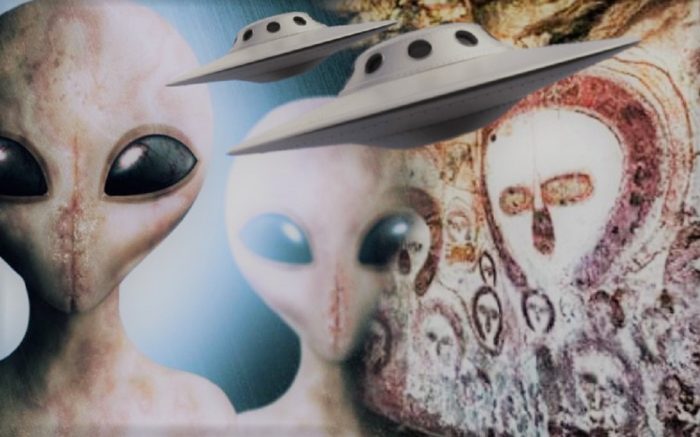 Are there alien origins to the Wandjina people of Australia?

Thanks in part to such myths, and some very intriguing cave paintings that even the most skeptical of minds would have to admit have a very similar appearance to how most of us would view a grey alien in our contemporary era, some researches have even begun to question the history of humanity, with some even questioning from where it may have truly originated.

We should also note that many mainstream historians and archeologists show nothing but contempt for such considerations and theories. And obviously condemn them as false and inaccurate. At the same time, however, it is increasingly obvious, at least to some, that such a mainstream stance is not one for the betterment of humanity and its collective wisdom, but one of maintaining the status quo of accepted history. Perhaps one of the mainstream’s targets, Graham Hancock, sums it up best when he states that mainstream historians are “very myopic” in their general views.

With all of that in mind, then, let’s turn our attention to the mysterious origins and creation stories of the Wandjina. And might their alleged alien origins share connections with the seemingly increasing UFO sightings in our contemporary era?

The Windjina – Are Everything That Surrounds Us!

Because it was largely untouched by western civilization until the late 1700s, and due to the fact that their customs are still intact today, the three Wandjina tribes (the Worora, Ngarinyin, and Wunumbul) are regarded by some as one of the longest continuous civilizations with direct links to their past stretching back thousands upon thousands of years. And with those links comes the wisdom and knowledge of the ancient world.

In fact, just how far back those origins stretch and how advanced that ancient world might have been is, to some at least, a point of debate.

We will, though, quickly examine the paintings of the Wandjina discovered in several caves in the region of Western Kimberley. They are, to those who subscribe to the ancient astronaut theory, evidence of alien visitation in the distant past. You can check out an example of such cave paintings below. 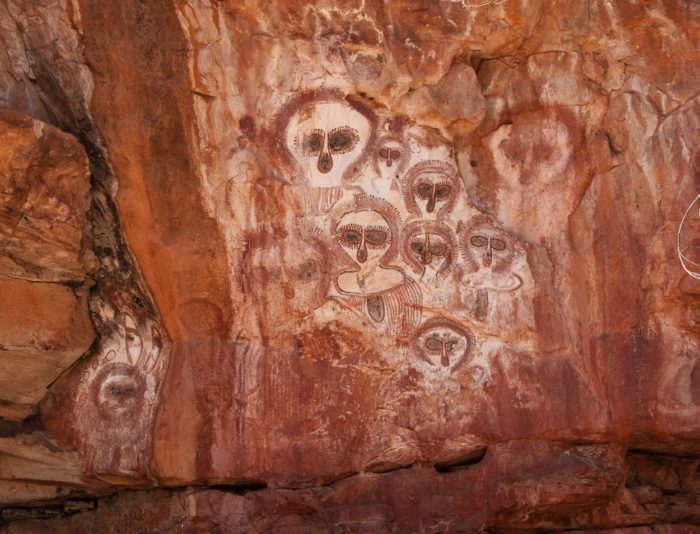 An example of Wandjina cave art

While the similarities are indeed undeniable, many, particularly those in the mainstream but some of from the respective tribes themselves, state that such claims are pure fantasy. At least that the depictions are of actual extraterrestrial entities. One Worora woman, Leah Umbagai, would claim that they are more than just mere pictures, but are “everything” that surrounds us.

This is an interesting statement. Many who reside in esoteric circles, for example, claim that “God” – however, we might envision such a deity – is the same as Umbagai describes – essentially, the Earth, the Universe and all that comes with it. And that union with such a supreme being is an achievement of a spiritual balance between human desire and the natural world.

Might more suggestions of an extraterrestrial origin, however, be found in the mythology and creation stories of the Windjina? It is there that we will turn our attention next.

“Sky Beings Or Spirits From The Clouds!”

Whether the pale white tones and large black eyes of the Wandjina are a reference to an alien origin or not, there are indeed some intriguing details to be found in the creation stories of the region. Stories that we should remind ourselves were uncorrupted by western hands for thousands of years.

Perhaps the best place to start would be the very beginning of the Aboriginal civilization. These accounts, which are said to be factual in nature, claim that the Wandjina were “sky beings or spirits from the clouds”. And, as if to clear up any discrepancy, they would claim that these entities from the heavens came to Earth from the Milky Way. Indeed, some researchers suggest that the “rainbow serpent, from which all of creation came is, in fact, a further reference to the cosmic origins of the Wandjina. 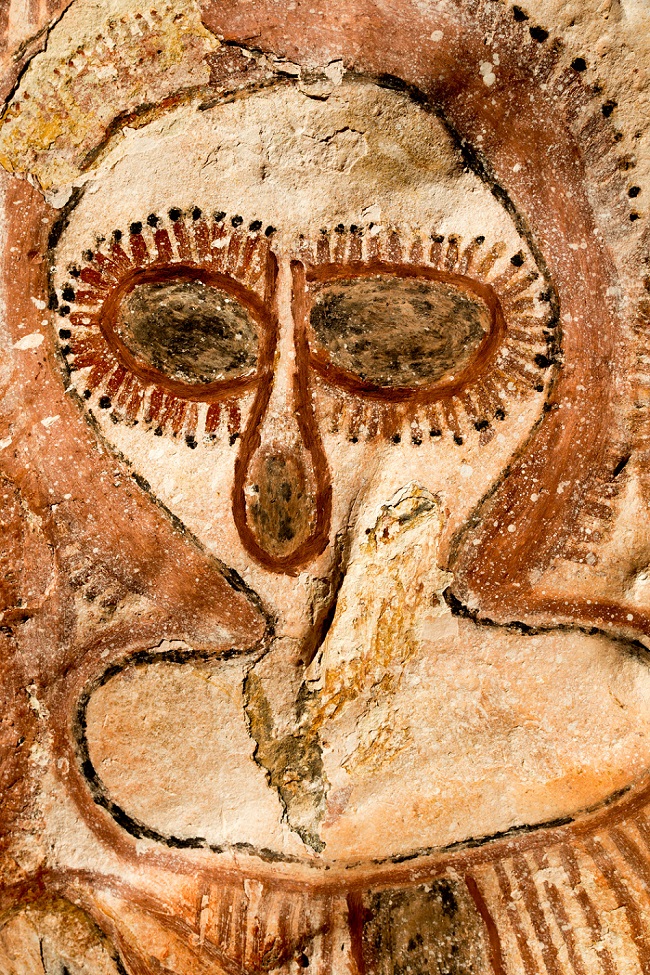 Following this creation, the Wandjina would educate humanity – who they created – in the arts, science, agriculture, and astronomy to name but a few. This, of course, would tie in very nicely with other creation stories around the planet. Perhaps not least the accounts of the Anunnaki in the Mesopotamian region (in particular modern-day Iraq).

Of course, if there was an original source for most, if not all, the various creation stories from around the planet, then that would, admittedly speculatively, suggest a lost, global civilization. Perhaps one started and then overseen by an extraterrestrial presence? Or maybe even the survivors of an advanced civilization from pre-history who after an unknown disaster, began civilization once more with the knowledge and technology they (in theory) retained.

Furthermore, much like accounts of the Anunnaki and similar “gods” from ancient times, these deities would suddenly leave.

It is not hard, then, to see why those who might subscribe or have an interest in the ancient astronaut theory might see resonating connections within the Wandjina myths and accounts. Especially when very similar accounts can be found in other apparently separated cultures across the planet.

Perhaps that is a viewpoint even easier to sympathize with, if only temporarily and for the sake of argument, when we discover that many of these “myths” have at least a grounding in historical fact. Just one example of this would be the discovery of the remains of “Megafauna” that would tie in very well with the depictions and tales of “huge mammals” that once roamed the region.

Even more remarkable – as is the case with numerous locations around the world – there is reason to believe, based on discoveries of remains and objects, that such civilizations were in this region of the world anywhere up to 176,000 years ago. Certainly long before accepted history states such civilizations existed. And, as we will return to shortly, has resulted in some researchers questioning the accepted timeline and locations of human events throughout history. 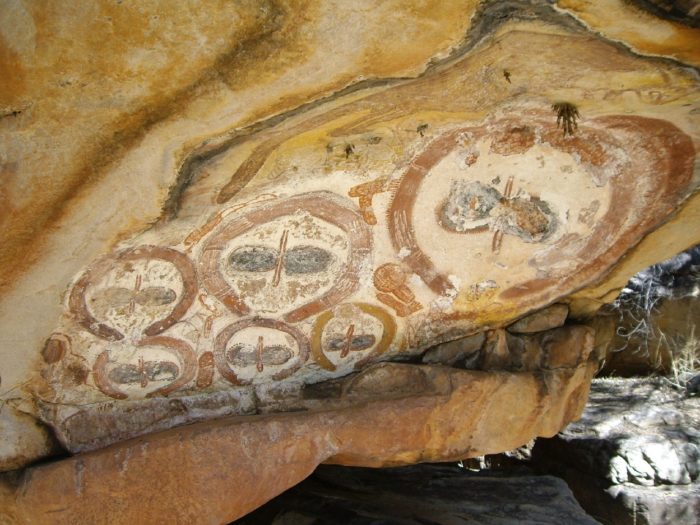 If some of the accounts can be proven to be historically accurate – as has been done around the world with other “mythical” accounts such as the discovery of the City of Troy or the Labyrinth of the Minotaur, for example – then surely we can’t cherry-pick what we believe to be true and dismiss the rest as fantasy?

And while we must also stress, even to ourselves, that such reasoning is still very much in speculation territory, there is still sufficient reason to speculate in the first place.

We might be wise to mentions to the research of Alan Wilson and Rebecca Cann, who in their paper The Recent African Genesis Of Humans would claim that all human life on Earth could be traced back to having started in Africa around 200,000 years ago.

However, shortly after making their widely accepted declaration they would claim they were wrong in their initial assessment. Recent discoveries, they would ultimately claim, suggested that human life, in fact, originated in Australia.

In fact, Cann, in particular, pulled no punches when she stated that:

…the origins of Homo Sapiens (is) much further back and indicates that the Australian Aborigines arose 400,000 years ago from two distinctive lineages!

What’s more, she would claim that these findings were not based on one location, or even two or three. There were, 10 locations, she would claim, where all indications were that they dated much further back than the accepted 60,000 years.

And of course, this would mean, if Cann and Wilson, as well as several other researchers are correct, that rather than the migration from Africa to Australia, the journey was the other way around. Unless, of course, human civilization goes back much further even than 400,000 years. And, as we have noted before, some researchers, based on archeological discoveries of anomalies, suggest human civilization may not be in hundreds of thousands of years old, but millions.

You can check out the video below featuring Steven and Evan Strong, who speak of these claims a little further.