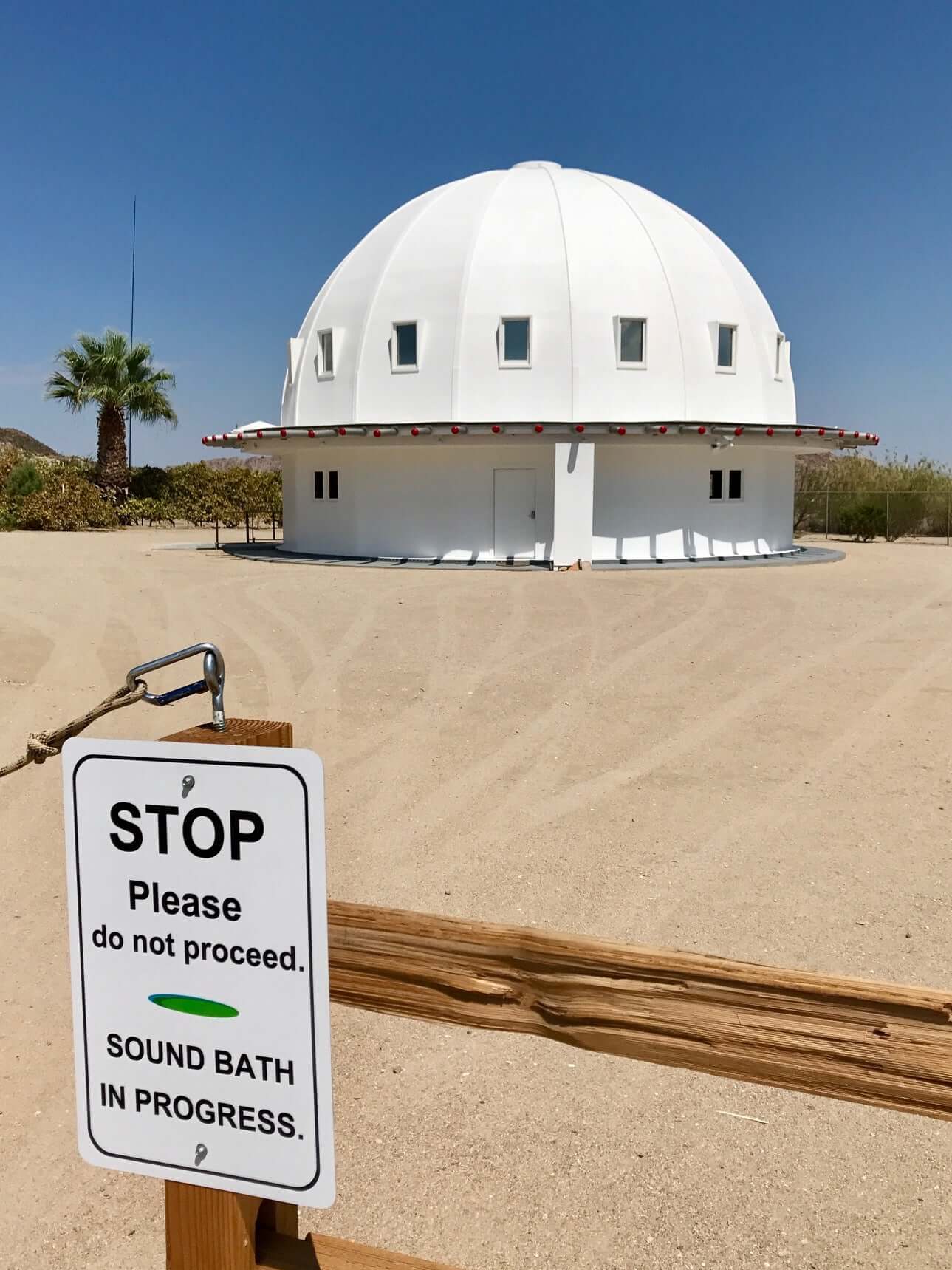 So begins a sound bath with 30 individuals  in the Mojave Desert.

Calling this a “bath” is something of a misnomer. This experience doesn’t involve any nudity or even any water. It’s more of a sonic dip, resting on a mat for half an hour or more while a practitioner creates resonant sounds that swirl around the room and wash over the body Proponents claim these sound frequencies focus the mind, heal the body, and find harmony – maybe even helping the bather to attain spiritual enlightenment

That sounds about right for California’s Mojave Desert, a sweeping landscape where artists, eccentrics, bohemians, and misfits find space to thrive. The desert boasts a certain magnetism, a definite mystical quality. There’s something about the long, open roads, the night skies spattered with stars, the sheer room to create. This is the land that attracted George Van Tassel – and the reason why there’s a place for sound baths in the desert at all.

An aviator, mechanic, and engineer at various companies during Southern California’s aerospace boom, Van Tassel left the industry in 1947. He moved his family to the desert near Landers, California, where they lived in cave-like dwelling hollowed underneath a giant rock called – well, Giant Rock. Over the following years, Van Tassel built a home, established an airport and opened a restaurant here, about a half-hour drive from what is now Joshua Tree National Park

This is also where Van Tassel claims he was visited by aliens. In August 1953, Van Tassel said he was taken on board a glittering spaceship by a being from Venus named Solgonda. During this contact Van Tassel was offered the plans for a domed structure called the Integratron, which had the potential to restore youth, enable time travel, and benefit mankind in myriad ways.

This is a amazing place and what a wonderful experience it would be.
Thank You,