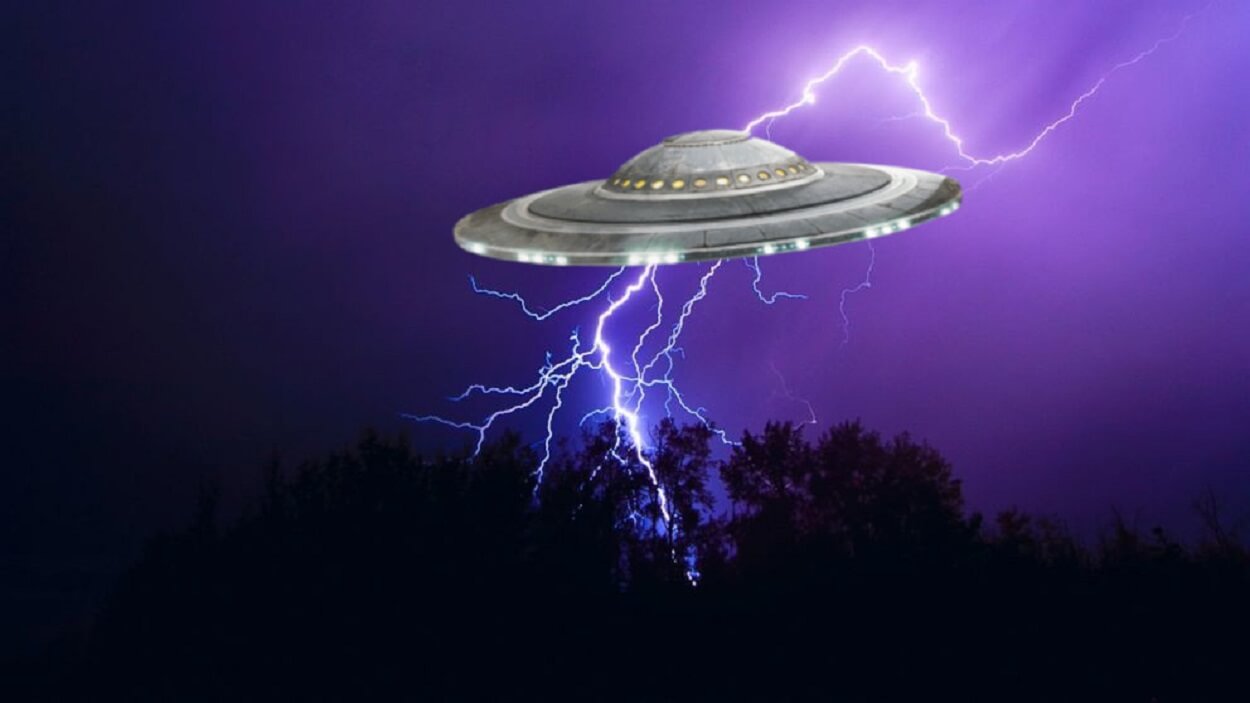 The UFO near-landing and occupant sighting of Mary Starr is one that intrigues us because of the overall credibility of the witness. As well as the fact it occurred toward the end of a wave of such sightings in the final weeks of 1957.

Just what did Mary Starr witness?

The witness, despite having no one to corroborate the events, is still largely seen as credible, reliable, and with no reason to invent such a bizarre story. That she had attended the prestigious Yale University where she had earned two degrees only helped to back up the feelings of investigators as to her credibility and believability.

What’s more, the incident, while being similar in nature to other UFO sightings, both of the era and those that would follow, would contain very similar details to another occupant encounter that had occurred several years earlier, that of Suzanne Knight.

The witness would eventually make a report to NICAP. The account would enter the wider public arena in the 15th July edition of the Civilian Saucer Intelligence newsletter.

Dragged From Sleep By A Sudden Bright Light Outside!

In the early hours of 16th December 1957, somewhere between 2 and 3 am in Saybrook, Connecticut, Mary Starr was dragged out of sleep by a sudden bright light coming from outside. She would immediately leave her bed and head toward the window. Upon peering outside she noticed what she at first believed “was a crippled airplane”.

However, after studying the scene a little further, she could clearly see “a cigar-shaped object” which was “brightly lit with square portholes”. What’s more, the strange craft was “hovering just above the clothesline”. More alarming and intriguing was the fact that Starr could “see men inside” the black or dark grey object.

A witness sketch of the mystery object

She would later estimate it was only 10 feet from her home and was between 20 to 30 feet in length. She would state the strange craft had no wings or any visible means of propulsion. Furthermore, the two men inside the craft were walking from one side of the craft to the other obviously engaged in some activity or another. It was also at this stage when she realized the two men were no more than “3 or 4 feet tall”.

In fact, the more she described these two occupants, the stranger their appearance sounded. They had “square or rectangular heads” which were a red-orange color. What’s more, they had a “brighter red bulb” in the middle of the face. They also each wore a jacket that “flared out” and had sleeves that seemingly covered the hands. She couldn’t see the creatures’ legs from where she stood. However, she did suddenly notice a third figure appear.

A Change Of Shape And Appearance

Starr would continue to watch the bizarre scene outside her bedroom window. However, moments after the appearance of the third figure the light inside the craft began to fade. At the same time, the object’s exterior began to glow brightly. Furthermore, the awestruck witness noticed an “antenna” rise out of the exterior of the craft and began turning. As it did so, it appeared to sparkle. This would continue for around five minutes before it merged back inside the craft.

As this happened, the craft began to move, away from the property. Its movement was slow and smooth before it made a very sudden sharp turn. At the same time, it appeared to change form from a cigar shape to an oval one. The portholes had also seemingly disappeared while around the rim of the craft were circular lights.

A witness sketch of the strange occupant

It then began to move once more, making Starr believe it was heading in her direction. Suddenly, the craft shot upwards into the air at terrific speed and disappeared into the night sky. It was only after it had vanished that she realized the entire episode had played out in complete silence.

What perhaps made the experience frustrating for the witness, who we should state again was the holder of two degrees from Yale University, was that she was only too aware that the other properties near to where she lived were empty due to the time of year. It would be a further nine months before she would finally make a report to the National Investigations Committee On Aerial Phenomena (NICAP) in September 1958.

Up until that point, she didn’t speak to any other person about the incident, and it wouldn’t be until the following summer when reports of her encounter began to circulate in UFO publications.

Five years earlier in August 1952 in Seat Pleasant in Maryland (a relative stone’s throw from Connecticut), Suzanne Knight was in her kitchen at home. The time was a little after 9:30 pm although it remained hot in the air.

It was then that she first heard a strange buzzing sound as if something was against the kitchen window screen. Perhaps a large insect was trapped there. As the sound continued this was her thought as she approached the window.

When she looked out, however, she saw a strange “bright object” descending to the ground directly outside her home. Her first thought was that the object was a crashing plane. However, as she watched, almost bracing herself for the impact, the object suddenly came to a sudden stop. It hovered outside her home, approximately 100 meters away from her, and around 300 meters from the ground.

Witness sketch of the UFO and occupant

As she studied the object, she noticed how it had a dark, dull, silver look to its exterior and was a distinct cigar shape, similar to a wingless plane. Along the side of the object facing her, she could see a row of square windows. Seeping out of these windows was a warm, yellow light.

Perhaps of more interest was a “gondola-like” section on the underside of the craft. This also contained a row of square windows each projecting the same yellow light. However, when Knight focused on this undersection, she could see a row of seats “similar to theater seats”.

She then turned her attention back to the row of windows in the main section of the object.

A Sudden Change Of Exterior Appearance

At first, she noticed what appeared to be a row of cabinets through the windows of the upper section of the hovering craft. Then, however, she noticed “a man” inside the room of the craft. What’s more, it appeared the strange figure was staring intently at something taking place inside the room but which was out of her sight. Although she couldn’t see the man’s attire clearly, it did appear that he was wearing a “kind of helmet”.

At this point, she decided to leave the window and telephone the local newspaper offices. However, after getting no answer she would return to the kitchen window. While the craft was still there, the man was no longer visible and the under section had also disappeared from view.

Then, as Knight continued to watch the strange events from her kitchen window, the lights inside the craft suddenly went out. Almost immediately the exterior of the craft also changed, going from a silver color to a “glowing red”.

A moment later the craft began to move away from the property. As it did so a “wavy appearance” came over it, as if the air around it was suddenly extremely hot.

It was then that Knight began to call out for her sister, suddenly conscious that no one would believe her unless someone else saw the bizarre object too. However, moments later, the craft disappeared from sight.

She would tell her sister of the incident, but it was clear that she struggled to believe her. This would cause Knight to remain quiet of the incident for a number of years before she would finally speak to her husband of the encounter. It would be 15 years before an official report went to NICAP.

Many More Connected Cases Than We Think

Like Mary Starr, Suzanne Knight was considered by investigators to be a very credible witness. And unlikely to manufacturer such an account. The fact that the timeline and general details of the incidents are extremely similar perhaps offers a connection between the cases.

There is no doubt other cases that also share, either in part or in full, similar details. This would suggest that the same intelligence would be behind such close encounters.

Perhaps it is also intriguing that both the Starr and Knight accounts took place during UFO waves. And rather than suggesting these sightings were imagined and hallucinations, it is perhaps more likely that the fact so many people across the United States and around the world were reporting such things makes the Starr and Knight accounts more credible.

Are the two accounts we have examined here the work of the same intelligence? And what was this intelligence hoping to achieve with these apparent spying missions on American citizens? Understanding the reason for these close encounters will likely assist us in establishing further connections with other cases on record. As well as edging us closer to understanding why such encounters happened and continue to happen today.

Check out the video below. It looks at some of the UFO sightings from the 1950s.