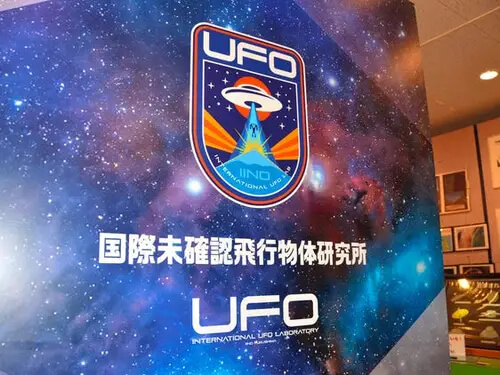 Close encounters of the third kind, anyone?

If you’re tired of UFO research going nowhere in the US and inconclusive Pentagon reports, you’re in luck. A lab in Japan is looking to dive deep into the enigmas of the universe.

The new UFO lab opened its doors last week in the rural town of Iino, Fukushima Prefecture, and its team plans to delve into the mysteries of the country’s odd and inexplicable sightings.

According to a report by local Japanese news outlet The Mainichi, the International UFO Lab opened on the premises of the UFO Interactive Hall, a facility filled with some 3,000 pieces of UFO-related materials and clues. The facility celebrated its opening on June 24, which was dubbed UFO Day after the first reported UFO sighting in the US.

The research center will be headed by UFO enthusiast Takeharu Mikami, per the Japan Times. Mikami runs a monthly magazine called Mu, which explores a “wide range of themes such as UFOs, superscience, psychic powers, cryptids, and ancient civilizations.”

While Mikami does not appear to have a professional background in science, he intends to work with the UFO museum’s curator, Tsugio Kinoshita, to study these flying objects, per local news outlet Fukushima Minpo News. And according to the lab’s website, they are looking for scientists — and the UFO-obsessed — alike to contribute to their records of UFO sightings.

Mikami appealed to residents of the town to share materials like smartphone images with the center, wrote Kyodo News.

“Particularly during quarantine, look up at the sky and see if you can see anything. I hope the research institute will be a base for receiving more information on UFOs so we can get to the bottom of what they are,” said Mikami to Kyodo News.

The Institute was located there because the surrounding area is known for unexplainable aerial sightings since the 1970s, per a Yahoo! Japan report. One of these events included a bright cone-shaped object soaring above the town that was spotted in the 70s, according to Asahi News.

There were so many weird events taking place in the town of Iino that the city became known as the “Home of UFOs.” Alien enthusiasts also made their way to Mount Senganmori, a remote, pyramid-like hill known for UFO sightings, in the hope of getting a rare glimpse of a flying saucer.

2 thoughts on “In Fukushima, Japan A UFO Lab just opened for Research for Sightings”