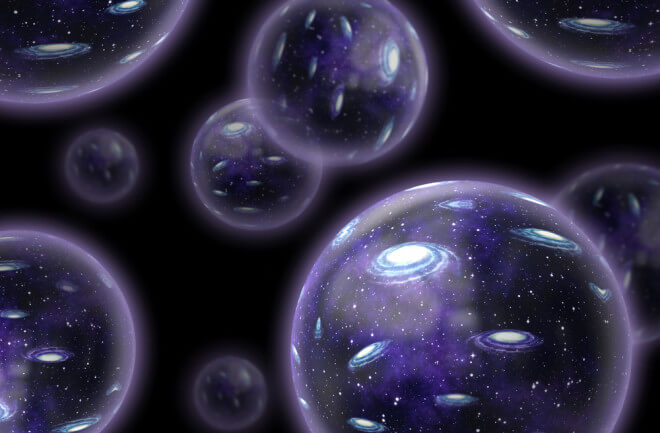 We don’t see or feel more dimensions; nevertheless, theoretical physics predicts that they should exist. Interesting, but are there any practical implications? Can they become part of applied physics? 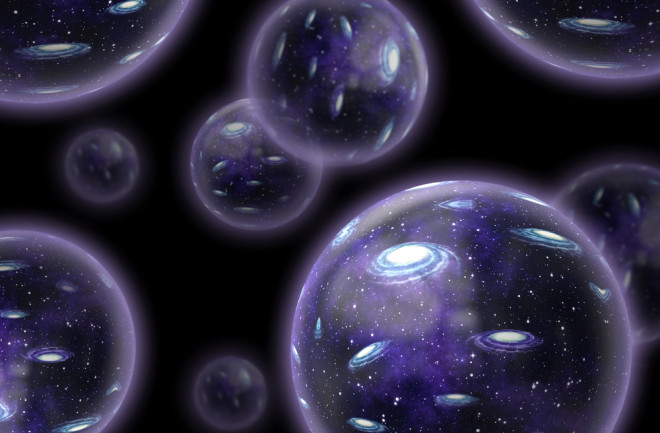 (Credit: Juergen Faelchle/Shutterstock)
Nearly a century ago, Edwin Hubble’s discovery of red-shifting of light from galaxies in all directions from our own suggested that space itself was getting bigger. Combined with insights from a handful of proposed non-Euclidean geometries, Hubble’s discovery implied that the cosmos exists in more than the three dimensions we’re familiar with in everyday life.

We don’t see or feel more dimensions; nevertheless, theoretical physics predicts that they should exist. Interesting, but are there any practical implications? Can they become part of applied physics?

Teaching about the 4th dimension, physicists have used analogies, like drawings of something called a hypercube, and even the 19th century novella Flatland by Edwin Abbott Abbott. The book imagines two-dimensional beings living on a planar world that has only length and width. Unable to perceive a third dimension, the Flatlanders see only one plane of three-dimensional visitors, kind of like how computed tomography or magnetic resonance imaging shows the body in slices. Two slices through a leg, one a few millimeters up from the other, look almost the same, but a slice through the waist or chest gives a very different picture. We can relate to this analogy, imagining our three-dimensional environment as just one of an infinite number of slices of a four-dimensional environment.

But moving beyond four dimensions, it gets even weirder, and very hard to visualize. The main theory here is called M theory, which is a theory in physics that unites various types of what’s called superstring theory. In M theory there are a bunch of dimensions, either 10 or 11, depending on who explains it to you. In addition to the three we’re familiar with there are compact dimensions. It’s all related to phenomena called branes that vibrate like strings, but what’s most relevant to this discussion is that the extra or compact dimensions don’t necessarily have to remain compact. Like a jack-in-the box, it might be possible to unpack the extra dimensions, says Richard Obousy, director of Icarus Interstellar, a non-profit organization promoting starship research.

“If an advanced civilization learns how to manipulate higher dimensions, they might use them for technology, including warp drive,” Obousy noted to me, the idea being that some kind of controlled decompacting of extra dimensions could have the effect of squeezing or expanding one of the three big dimensions that we know. Engage the compacting effect in front of a starship and the expansion effect to the rear, and you’d have warp drive, like I discussed in a previous post.

But don’t start packing for your Alpha Centauri vacation just yet, because there’s one tiny little complication, which Obousy is the first to admit. So far, we don’t have a shred of evidence that the hypothesized extra dimensions even exist. Someday, soon, we might get some evidence from the Large Hadron Collider, but even then it’s anyone’s guess whether that would lead to a warp drive technology.

Time is usually considered a dimension, even if not a spatial dimension, and we’re certainly moving along the time axis just fine. We don’t possess technology to go backward and change history. If we could find a way to go through other dimensions, the balloon analogy tells us it should allow a kind of tunneling to locations that look distant from the perspective of the three dimensions that we perceive.

It is far less clear, however, whether we could tunnel into other time periods, future or past. Any fans of Star Trek know that the philosophy of time travel into the past is mind-boggling, because you could change history, prevent the series of events that caused your existence in the first place, yada, yada, yada. But time travel to the future – accelerating from the usual move into the future of one minute per minute, one year per year – requires no philosophy. Moreover, we know how to do it.

It’s called time dilation, it’s predicted by Einstein’s theory of special relativity, and it will happen, if we accelerate a spacecraft to a significant fraction of the speed of light. Travel very close to the speed of light (c), and time slows down from your perspective and the slowing is quantified by a variable known as the gamma factor. On a ship moving just under 0.87c, the gamma factor = 2; thus, from the perspective of Earth-bound observers, the traveler moves 2 minutes into the future for each minute that seems to go by aboard the ship. At 0.94c, gamma = 3, and it increases more dramatically as the ship approaches light speed asymptotically. At 0.9992c, for instance, gamma reaches 25, which can advance you noticeably into the future if you stay at that speed long enough. Make a round-trip to the star Vega, located 25 light-years away, and two years will pass by for you and your friends aboard the ship (you’ll age two years and accumulate two years of memories), but arriving on Earth you’ll find that you’ve jumped ahead by a half-century.

It really would happen; we’re certain, because time dilation has been proven with subatomic particles in accelerators. We can’t do it right now with people, but the capability for relativistic velocities is only a matter of time (excuse the pun), since it could happen with technology that may be just over the horizon, namely nuclear fusion.

Another means of transport made possible by a multidimensional cosmos is wormholes. When Carl Sagan needed a realistic way for humans to travel interstellar distances for his story Contact, he consulted theoretical physicist Kip Thorne. Working with a couple of his best graduate students at the California Institute of Technology, Thorne worked out the equations showing that, indeed, there was a way: a stable, traversable wormhole, or even a system of such tunnels linking different areas of space-time.

This was more than a decade before Miguel Alcubierre would demonstrate that Einstein’s general relativity theory allowed for Star Trek-style warp drive, so Sagan saw the wormhole concept as the only scientifically-valid means by which his protagonist, Ellie Arroway, could be shuttled through the galaxy quickly enough to meet story line demands.

An advanced civilization could build a system of wormhole-dependent tunnels connecting different points of the space-time fabric, essentially drawing the departure and arrival points in the fabric into close proximity to one another through a 4th dimension. If we could do it, we could have an entry portal nearby, somewhere in the inner Solar System, that leads to an exit point at our destination, for instance a nearby star system with an Earth-like planet. In science fiction, it’s the concept of a star gate. 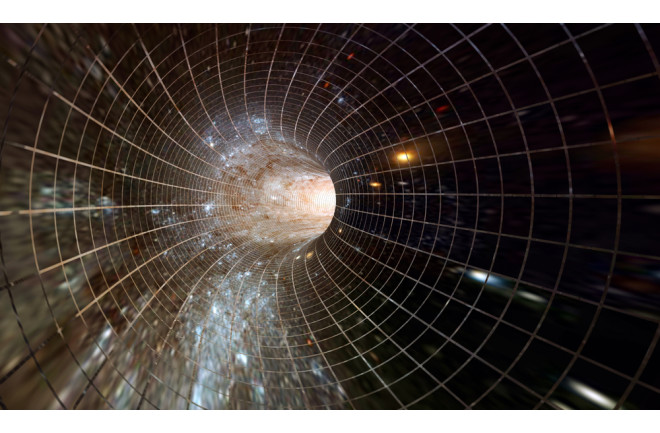 Because of mathematically complex findings derived from equations in general relativity known as the Einstein field equations, technology that can warp space, whether for warp drive or traversable wormholes, would require a phenomenon called negative energy. Intuitively it is difficult to visualize what negative energy is, but its existence is consistent with a well-established area of physics known as quantum field theory. In fact, using the technology of quantum optics and a phenomenon called the Casimir effect, physicists have actually produced a kind of negative energy already in tiny quantities (negative vacuum energy). Nature produces it in big quantities, but only by using huge concentrations of gravity, which we can’t produce artificially.

According to Eric Davis, Senior Research Physicist at the Institute for Advanced Studies at Austin, Texas, who is an expert on faster-than-light propulsion concepts, the most promising way to do this is with a quantum optic device called a Ford-Svaiter mirror. It’s not something that anyone has built yet, but it can be built. It would concentrate the negative vacuum energy. If you do it with a small Ford-Svaiter mirror, it would produce a mini-wormhole, but Davis says that the device could then be scaled up to make wormholes bigger and bigger, eventually big enough for a spaceship to enter. Navigation to find an exit point would be tricky at first, but it’s theoretically possible to place the Ford-Svaiter mirrors in different points to create a kind of tuner, for instance from somewhere near Earth to a point near an Earth-like planet in a nearby star system.

Once the first wormhole is built with stable entry and exit points we’d have a way to go back and forth between Earth and our first interstellar destination. We could explore that star system, and no doubt we would do so particularly if it contains a habitable planet that we could colonize, but we could also use it as a staging point to go further. Thus, little by little, we could create wormhole network of sorts, in our little corner of the galaxy.

Or, perhaps, at some point, our tunneling might tap into an already existing network similar to what Sagan imagined. In that case, we’d better make sure to learn the rules, for there might be traffic.