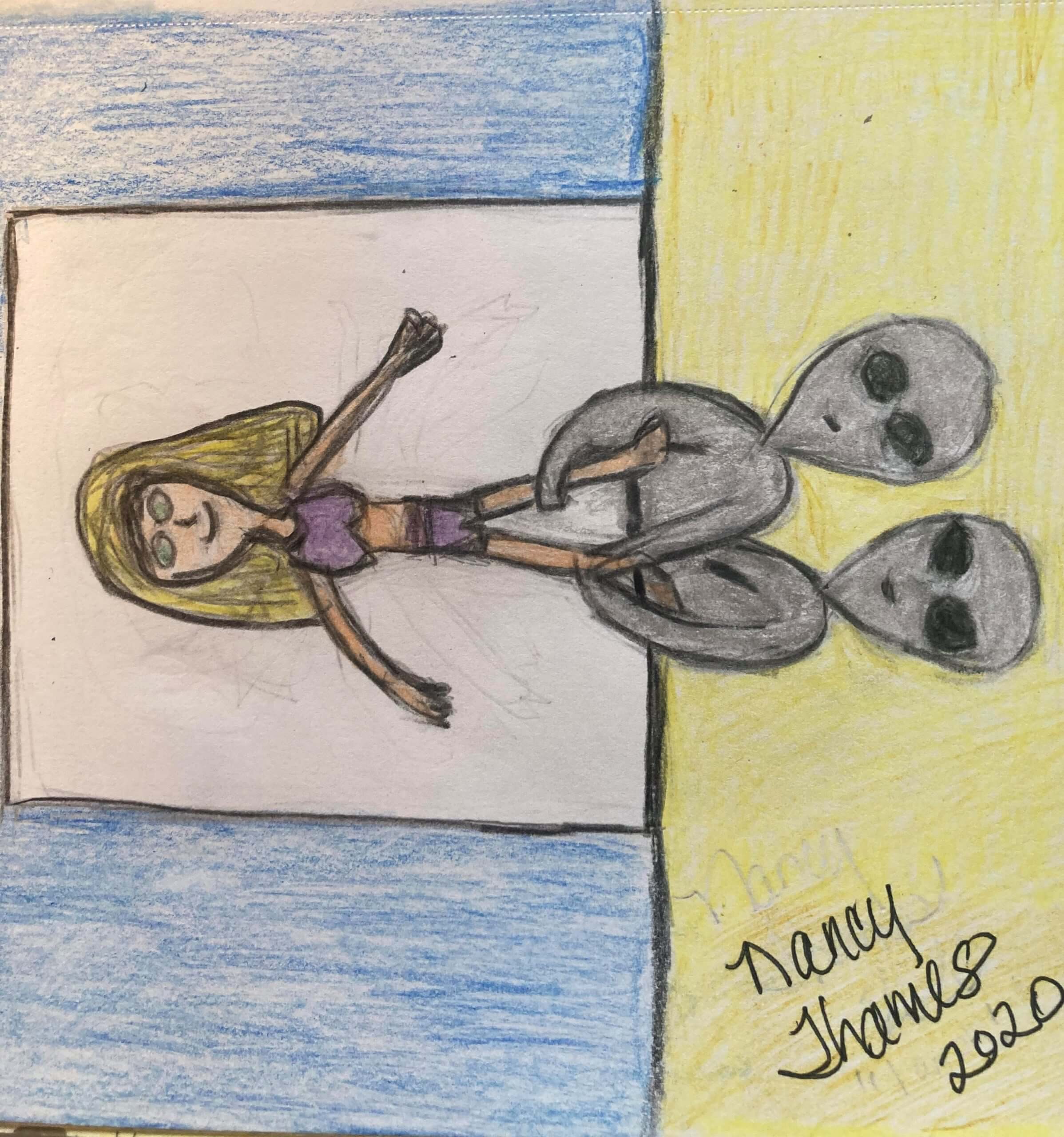 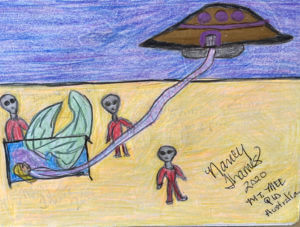 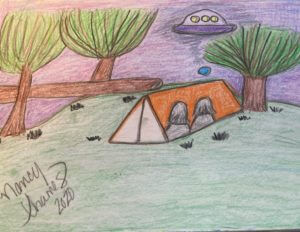 I was first “abducted” in 1964. I was 4 years old. I say “abducted”, but it’s not like that. I call them Check ups. Actually, you go willingly. It’s scary but it’s exciting, too, and they are somehow able to make you feel ok about things. It’s not until later that you feel bad or like you’ve been violated. And they don’t do a lot of probing, like raping, or anything like that. That’s Hollywood nonsense. They look inside of people sometimes, but they have machines that do it. Not really “machines”, but it’s like a room where things get done and the walls are…It’s hard to explain, so just imagine that all the walls are kind of like x-ray machines? That’s the easiest way to describe it.

Sometimes there would be others there and they would be looking into them. They took tissue samples from all of us, I think, and they never put your under or give you any anesthetic or anything. They just poke you. With like those things they take samples of the ocean floor? Like that, but really small.  It’s usually done on the butt or on the lower back and legs. Some are called scoop marks.

Mostly they talked with me. Just questions and they’d show me things, like television shows and things, and they’d ask me questions about them. I think the walls measure our reaction to things, too, same as they take x-rays. I don’t know that, but it’s the feeling that I got. They NEVER let you ask questions about what they are doing. Even once I got friendly with a few of them, they just do not like it when you ask them questions. They hate it.

You can’t understand their language. Everything is communicated by Telepathy. I should mention that these are the “grays” that you hear about, except they aren’t gray. They are sort of beige, and it’s clothes anyway. They aren’t naked. I don’t know if there are others. People say there are, but I’ve only ever met these. Anyway, you cannot understand them but they can understand you. And they can put thoughts into your head but they can’t hear your thoughts. You have to speak to them. They cannot hear very well, or else they are not good understanding English so you have to speak loudly and slowly. I don’t know if they understand other languages, but I’m pretty sure they would. They are interested in all of us, in everything that goes on. They like a lot of things about our culture, too. They like some of our music.

They’ve taken me up just about every two years, I’d say, since 1964. Sometimes it’s more often. They usually keep me for what feels like a day, but it turns out to be about four hours.

The one that I got close with told me to call her Mom. I don’t know if they are male or female, but I felt she was female.

They will make contact with Earth on a wide scale in 2021. That’s the year when they’ll land here, or colonize, or whatever. I’m not exactly sure what their plan is. They don’t seem to be evil or dangerous. Their planet is, so they told me anyway, a very long way away. They couldn’t explain to me how far, they said, because it was too far for me to understand and it was also “close to the side”. I have no idea what that meant, but it’s always stuck with me. Home is “Too far away for you to understand, but also close to the side.” We don’t have anything that they want, so they told me. So I don’t really know why they come here or why they’ve taken so many of us up or why they’ve gotten to be friends with me. They do not have any religion and they don’t need oxygen or water or trees or anything, I don’t think. They don’t eat people. I don’t think they want to breed with us or genetically engineer us. I don’t know what they want. But they’ve been coming here for I’d guess at least 10 or 20,000 years. But they’ve got images of all sorts of stuff and they showed me images of neanderthals and Crow-Magnon  and all sorts of other human-like things. And they showed me images of the pyramids being built and this HUGE stone building that I guess is lost somewhere or was destroyed but it was in Europe, I could tell from the image. They have images of them talking with all sorts of people all throughout the history of Earth. They showed me some of them and asked me questions about them but I couldn’t understand any of it because I only speak English. I was up three weeks ago.  I’m pretty sure that I’ll go up again in a couple of years, but I’m not sure after that. The whole “program” or whatever they call it is going to change in July, 2021. They weren’t trying to intimidate me or even to warn me, so I don’t think we have anything to worry about.

“In an age of universal deceit,
telling the Truth is a revolutionary act.
Whoever controls the past, controls the future.”