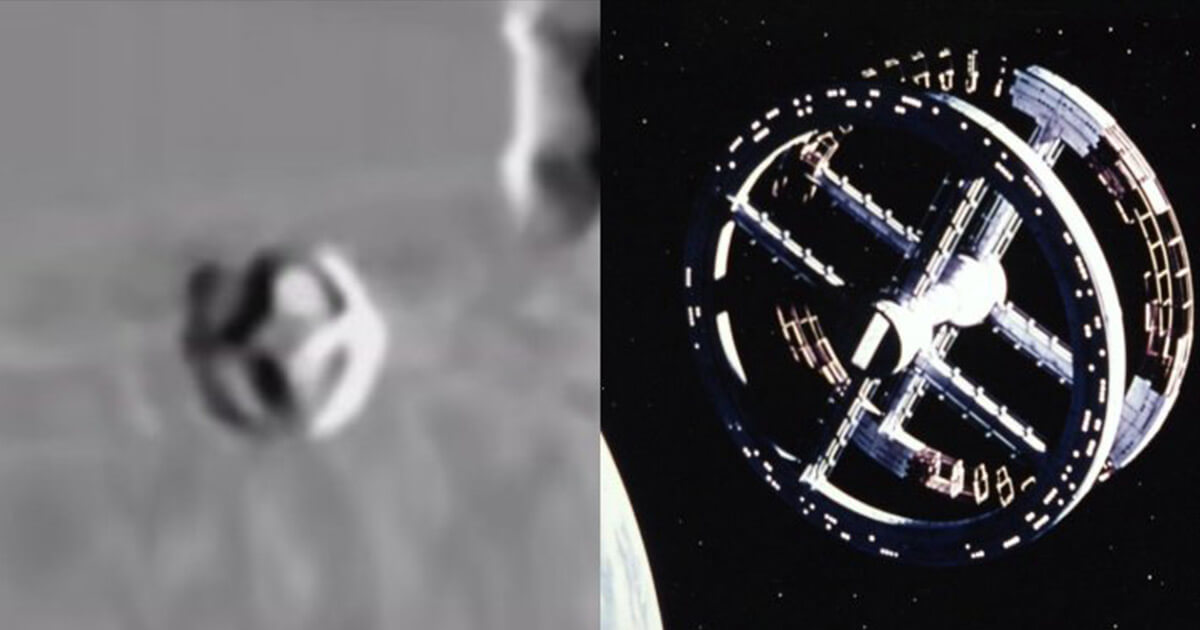 Recently, this massive unidentified space wheel was reported by NASA themselves as it blew past our solar system effectively diving directly into our Sun at super high speed.

NASA has tried to mask this all as just another malfunction with the cameras but the footage is damning, to say the least, as more and more Ufologists have posted about it in the past couple of weeks. By now it should be pretty clear that NASA isn’t the most honest corporation, to say the least as ever since the 1969 Moon Landing happened, they’ve been on a downward slope trying to hide as much information as possible.

So far we can’t actually say for sure what this strange space wheel was, however, there is an ongoing theory that states that this is an actual wheel-shaped UFO and that it used our Sun as a stargate right as the satellite camera caught it on tape.

It’s been nicknamed “Ezekiel’s Wheel” by the experts and so far, it is one of the only cases of one flying through space.

We’ve had several UFOs coming in and out of our Sun so that’s not surprising, what is surprising however is just how fast this wheel really was. It was so fast that the satellite camera, which is one of the most advanced in the world, didn’t catch more than a glimpse of it which is impressive, to say the least.