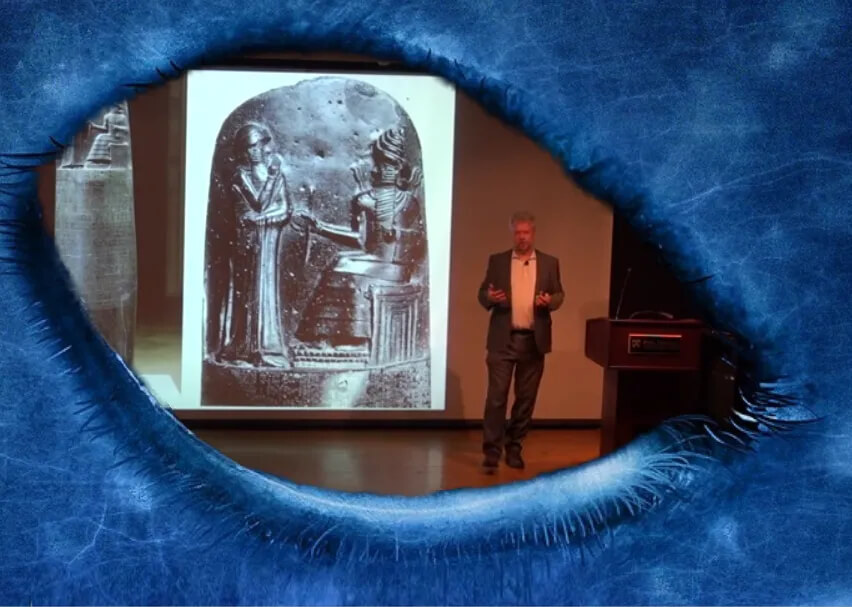 Marduk, the Babylonian religion, the “king of the gods” and patron deity of the ancient city of Babylon. The Babylonian god Marduk stood already in ancient Sumerian sources in the form of Damar.UD, the possible meaning of “Young bull of the Sun God” or “Young descendant of the Sun God”, the sign may indicate AMAR fact both meanings, while UD / UTU is to mean the Sun god.

Later, when Babylon became the political center of the Euphrates valley during the era of Hammurabi, the divine figure began to acquire greater importance within the Babylonian pantheon, established position in the second half of the second millennium BC and finally glorified as king of the gods in the religious Babylonian epic Enuma Eliš, only to characterize these gods as aspects of his life. It is symbolized by the planet Jupiter and the number devoted to it is the 50, previously attributed to Enlil, which now takes his place as king of the gods.

Originally the figure of Marduk was considered obscure and only later was connected to water, vegetation, judgment, and magic. It was considered as the son of Ea and Damkina and heir of Anu, but any characteristic feature Marduk could possess, was overshadowed by political developments through which the Euphrates valley was subjected instilling in him the characteristic features, previously only attributed to the major gods the Babylonian Pantheon. There are two particular deity Ea and Enlil, whose characteristic powers and traits passed to Marduk. The Anunnaki gods gathered in order to find a god capable of defeating the new rising gods that threatened their existence.

Marduk, a very young gods, answered the call and as a reward he was promised the guidance of the Gods. To prepare for battle, he makes a bow, bend arrows, grabs a sledgehammer, spear of lightning before him, fills his choir with flames, creating a network to encircle Tiamat inside, gathers to itself the four winds so no part of it can escape, creating seven new wind turbines as the bad guys and the tornado, he raises his most powerful weapon, and it pours. In my point of view, try to imagine if this is not just a story, but rather a reality … It would explain the undisputed existence of the power of the ancient aliens.

Marduk God, after the creation, has the Anunnaki divided?