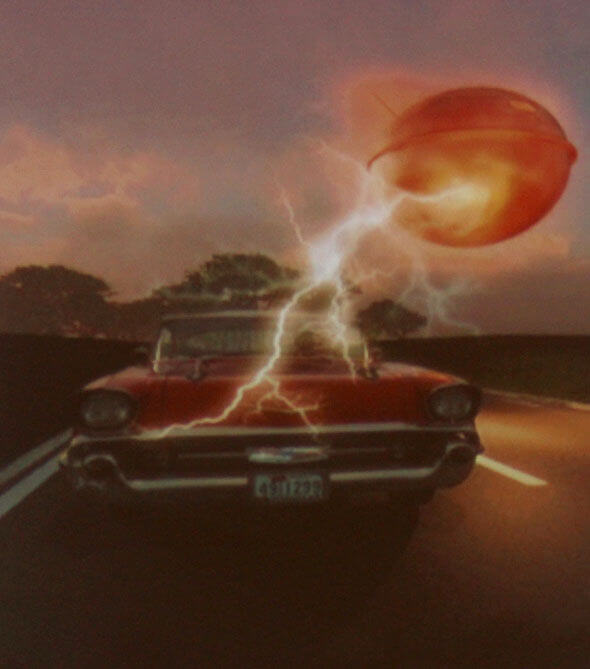 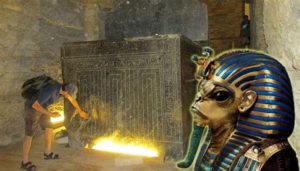 How Far do Reports of UFOs go Back in History?

Most people who have read about UFOs get the impression that they have been
reported only since World War II. In fact they go back much, much further.
During World War II both Allies and Nazi air forces reported strange lights that
often buzzed their aircraft. Each thought that the lights were some kind of secret
weapon of the other, possibly unmanned flying observatories. Partly in jest, partly in
frustration at their elusiveness the Americans nicknamed them “foo fighters”. After a
while, since nothing seemed to happen, both sides ignored them.
In the late 1890s a world-wide series of sightings of “airships” gripped the
headlines. Dirigible-like aircraft were seen over Europe, the United States and even
Australia.

In fact Australia has a long UFO history. Bill Chalker—one of Australia’s best
known UFO researchers—has spent years compiling dozens and dozens of older
Australian cases from newspapers, magazines and other sources. Australia’s oldest
abduction case dates back to 1860 in Parramatta Park in Sydney. There are also many
Dreamtime references among the Aborigines and other local peoples which strongly
suggest UFOs, and textbook cases of abduction. In one Island group off northern
Australia the shamans instruct the tribe in special chants to sing to calm themselves
when being abducted by beings.

There were many puzzling reports in the 17-and-1800s. For example, Sir Edmund
Halley, the great astronomer who gave his name to the famous comet, on March 1716
recorded seeing a brilliantly lit object over London for two hours. And over the French
town of Embrun on September 7, 1820 witnesses reported seeing a groups of disc shaped objects flying in tight formation execute a perfect 90 degree turn.

But strange reports go back much further and over much wider a field.
Japan and China have recorded many events over the centuries. Among them
was an object like the full moon, shiny and bright, that appeared on September 12. 1271.
Another event occurred on March 17, 1458 when five stars suddenly appeared cirling the
moon, and changed color three times before vanishing. One of the more spectacular
sightings happened on August 3, 989 when three round objects of high brilliance were
seen in the sky and later merged together.

Europe was full of sightings which arouse one’s curiosity. One of the most
spectacular of its time was recorded at Basle, Switzerland on August 7, 1566. To the
confounding of the populace giant glowing globes covered the sky. And in an amazing
Close Encounter of the Third Kind in 1270 AD at Bristol, England a spaceship was seen
at low level and when an occupant climbed down its ladder he was stoned and
asphyxiated in the earth’s atmosphere.

During the reign of Charlemagne in Europe there were so many reports of
encounters with “tyrants of the air, and their aerial ships” the Emperor became so
concerned that people reporting these strange events were subject to torture and death.
Going further back the Greeks and Romans regularly reported phantom chariots
appearing the night sky. These from civilisations well acquainted with the night sky and
falling stars.

Further still, hundreds of years before Christ, Ezekiel, the Biblical prophet,
described a scene he experienced in captivity. In the King James version he says:

He goes on to describe other wheels, all the color of “beryl”
“And when the living creatures went, the wheels went by them: and when the
living creatures lifted up from the earth the wheels were lifted up.”
Though many ancient texts are full of such strange and UFO-suggestive
references, I will leave you with two of the more startling.

Throughout the history of the Near East it was known that the Sumerians
claimed their civilization really began to flower when they made contact with a sky
creature (note this was not a god, nor an angel, just another living creature) who flew
down into the sea in a ship. Like our amphibians this creature needed to live near and in
water . In fact when portrayed in Near East sculpture he is carved half man-half fish.
Apparently, it met repeatedly with a Sumerian native on a beach and gave him many of
its secrets, among them the gift of the alphabet/writing. This legend, or story, was
passed down through generations and numerous tribes including the Babylonians. In
1936 the legend was rediscovered by French archeologists in Mali in an African tribe
called the Dogons . The Dogons were a descendant of a Near East people, probably the
Sumerians themselves, who had carried their oral traditions for thousands of years.
Respected by the Dogons the archeologists were indoctrinated into the tribe’s
greatest secrets. They worshiped the star Sirius, saying the sky creature had come from
a water world in its solar system. Sirius is our brightest star. Commonly called the Dog
Star, is sits about 7 light years from our sun. Among the sizable collection of
astronomical information the creature imparted—including a description of the Big Bang
theory—was that Sirius was actually a three star system. According to the creature the
Sirius system had a large sun, a second, tiny, very dense, almost invisible sun, and a
third, somewhat less heavy , sun. The second sun was enormously heavy despite its small
size. It revolved around the large sun we call Sirius A with A at one foci of an elipse,
hardly everyday information for a preliterate people. They also described how A
rotated on its axis. Transecting the orbits of these 3 suns the orbit of the creature’s
planet was egg shaped and took fifty years. The French team recorded their story and
subsequently published it. At the time scientists thought Sirius was a binary sun system,
though a few astronomers had speculated the possibility of it being trinary. The matter
rested there until the 1970s when scientists using the latest powerful telescopes finally
were able to get good photos of the Sirius system. To their amazement it was a tristar
system with a large sun, a white dwarf star (very heavy and basically invisible) and a
third, less powerful, sun. Using computers astronomers calculated that a planet in the
position that had been described by the Dogons would have an egg shaped orbit taking
fifty years to complete. This at least forty years before our most powerful telescopes
could even foretell its existence.

Our last reference to UFOs, or should I say perhaps our very first reference, lies
in one of the oldest books in the world, The Tibetan Book of the Dead. No mere
sighting, it contains a story that raises speculation to dizzying heights. In it is described a
great ancient race of prehistory peoples who were very advanced. They had great
weapons and ruled their time, though they preferred to stay mainly to themselves. A
struggle arose among them and they separated into 2 groups. Eventually war broke out
between their 2 great cities. Huge arrows shooting flame hurled into the air and landed

on one city. The earth shook, there was a great light and heat, and a giant cloud reached
into the sky where the now charred city stood. Around the stricken city people and
animals died slowly of some unseen and unknown disease that seemed to sicken them.
For years afterward the plants and animals avoided the place or had strange offspring.
In despair the first group gathered in flying carts and left for the sky. The parallels to
nuclear warfare are eerie, thousands of years before our era.

And so the cases stand out, strange and confronting. Unexplained and
impossible-to-know knowledge, stories that tell of things unimaginable for their time,
lights in the sky and beings that come out of flying ships, abductions, they are all there.
And all years before our time, all without the alleged science fiction hysteria that
supposedly makes we moderns see these things.
History provokes us and forces us to look at our present in hopes to better
understand our future.