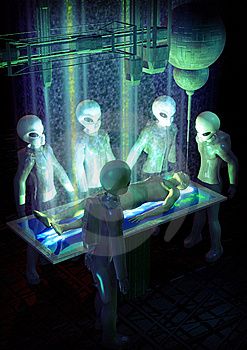 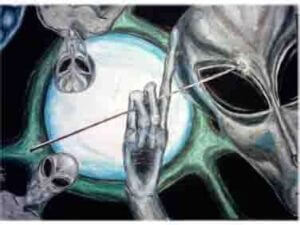 Alien abductions have been happening for as long as people have been keeping records. Many of these abductions are recorded as religious experiences while others are written off as hallucinations. The amazing thing is that many people believe that only a small percentage of alien abductions get reported at all.

People always ask how could someone get abducted by aliens and not even know it. There are several ways in which aliens can achieve this.

One of the ways that aliens hide abductions is by using mind control. It is believed that aliens posses psychic abilities. They can control your thoughts and even put you to sleep (or keep you asleep). Aliens use these abilities to keep people unconscious while they interact with them. An alien could be standing right in front of you without you even knowing.

Another way that aliens can keep people from remembering an abduction is with a memory whipping machine. Humans have been working on memory whipping technology for a long time. Advanced aliens would surely have this technology. You could go through an extremely traumatic alien abduction and not even remember it because of this device. It is also believed that aliens can use this technology to create entirely new memories.

Aliens could be using something as simple as drugs to help them abduct people. Humans possess the ability to chemically put people to sleep so surely aliens do too. Some of these drugs could easily cause amnesia too. This causes abductees to wake up and think that an actual experience is just a vivid dream. People are good at lying to themselves. If someone doesn’t want to believe an event actually happened they can convince themselves that it didn’t really happen.

When you realize the fact that aliens are on a completely different playing field than humans, it’s not hard to believe that they could abduct people without them knowing. We don’t know why aliens abduct people for sure but there are too many reports to ignore them. We assume that their memory altering tactics aren’t flawless which is why some people do remember the abductions. The next time you think someone is crazy for claiming to have been abducted, remember that you could be next.