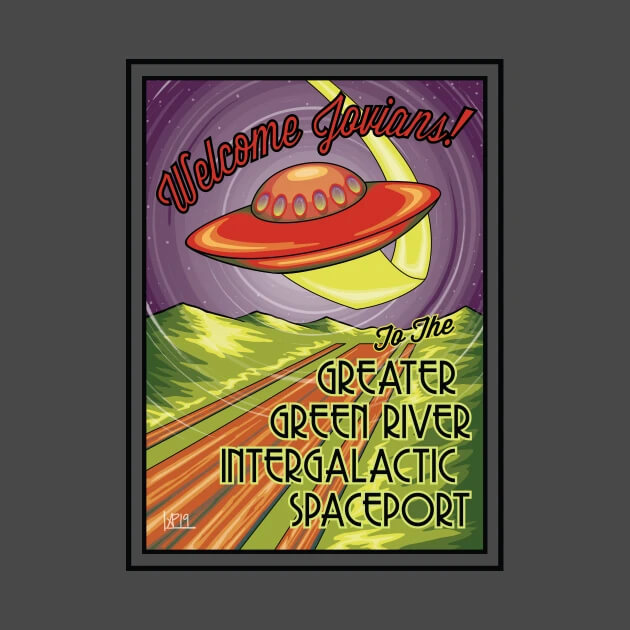 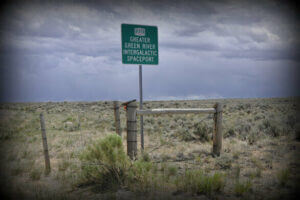 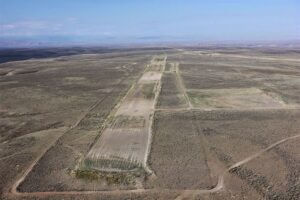 This UFO landing strip was created by a charitable Wyoming city that was worried about residents of Jupiter.

Consisting of little more than a dirt landing strip marked by a raggedy windsock, the Greater Green River Intergalactic Spaceport in the northern part of Green River, Wyoming, has been courting alien visitors since the mid-90’s.

In 1994, NASA learned that Jupiter was in some danger of being hit by a number of errant fragments of the Shoemaker-Levy 9 Comet. The impacts were of great interest to the scientific community, but since the gas giant has never been thought to harbor intelligent life, the disaster seemed to be mostly academic. However a lack of evidence of sentient life on Jupiter did not deter the city planners of Green River, Wyoming, who embraced America’s heritage as a refuge for the poor and huddled masses by making ready for any potential Jovian refugees.

Realizing that there would be nowhere for homeless aliens to land, the city officially renamed their 5,000-foot landing strip the “Greater Green River Intergalactic Spaceport.” Of course this change was not without opposition by residents, who noted the already existing housing shortage and extant issue of terrestrial immigration. Luckily the city planners won out and the spaceport was made official, even getting approval from the FAA, who either have a hidden sense of humor, or know more than they are letting on.

To this day the Greater Green River Intergalactic Spaceport has not seen any extraterrestrial landings, but with galactic turmoil being an almost constant threat, it’s good to know that the United States has its arms open to the interstellar community.

Know Before You Go

The gate to the facility is locked, with signs stating that the area is under CCTV surveillance, and that entry is authorized only for aviation use. The combination to the lock is supposed to be the local Unicom frequency.