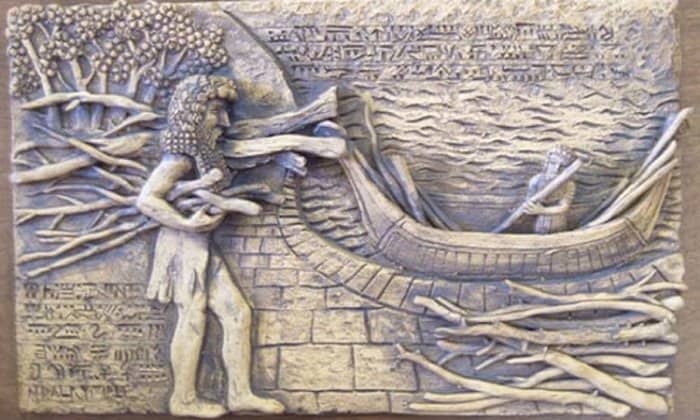 Around 4000 years ago, the great Sumerian text was written in the poetic form known as The “Epic of Gilgamesh.” It is written in the Akkadian language and is widely considered to be the oldest piece of the epic world of literature on Earth, predating Homer’s work by more than 1,500 years. This epic poem speaks of extraterrestrial Gods, extraterrestrial hybrids, giants, cloning, genetically modified human/animal hybrids, and elixirs to extend human life up to a thousand years.

The main character in the Epic of Gilgamesh refers to a real Mesopotamian ruler of the same name who lived in ancient Mesopotamia, between the Tigris and Euphrates Rivers (presently in Iraq). Many experts believe that the poem probably existed in the oral form during the Sumerian Third Dynasty of Ur (c. 2100 BC) and that it was written down after the Babylonians came to power (c. 1800 BC).

According to the Sumerian King List, Gilgamesh was the son of the goddess Ninsun and the Priest-King Lugalbanda. He was the ruler of the district of Kulab and the fifth king of the city Uruk. There is little known about Gilgamesh, but he was depicted as a heroic figure who received full divine status as God. From the King list, it became known that his reign lasted for 126 years after the great flood.

Thus, Gilgamesh was a demigod with superhuman strength and magical abilities which he received from his ancestry. He probably first appears in a Sumerian tale “Inanna and the Huluppu tree.” In this tale, the goddess Inanna plants a tree teeming with demonic snakes in the center and turns to her family for help in eradicating it. Gilgamesh appears as her loyal brother, who comes to her aid and kills the snake. Although this story was written several centuries before the epic, such displays of heroism demonstrate the divine status of Gilgamesh in Sumerian culture.

The Epic of Gilgamesh tells the story of the citizens of Uruk who were oppressed by him (Gilgamesh, Two-thirds human and one-third deity). Due to that, they asked Gods for help and then Gods created a being named Enkidu and sent to Earth to defeat him. After an initial confrontation, Gilgamesh and Enkidu became friends and decided to make a name for themselves by journeying to the Cedar Forest to fight against Humbaba, the giant whom the Gods have placed as a guardian of the sacred trees.

World History Encyclopedia writes: “Inanna tries to seduce Gilgamesh but he rejects her, citing all the other men she has had as lovers who ended their lives poorly. Inanna is enraged and sends her brother-in-law, the Bull of Heaven, down to earth to destroy Gilgamesh. Enkidu comes to his friend’s aid and kills the bull but, in doing so, he has offended the gods and is condemned to death.”

Devastated by the death of his friend, Gilgamesh realized that he was part mortal and set out on a fruitless journey to seek immortality. He went on a journey to a mystical figure Utnapishtim to earn eternal life. Utnapishtim and his wife were the only known people to have survived the “Great Flood,” and they preserved animal and human life in a great boat, which they built. This story is similar to the biblical story of Noah but predates the Bible story, which is also noted by Time magazine.

Like Noah, Utnapishtim survives, but then the god Enlil rewards him and his wife with immortality. Thus, they become the ancestors of a new human race. After Gilgamesh found Utnapishtim, he learned the secret to immortality at the bottom of the sea.

Utnapishtim told Gilgamesh that only God has the power to grant eternal life, but he stated to him a way to rejuvenate to a more youthful state. He told Gilgamesh about a mysterious plant that could reveal secrets about longer life, if not immortality. It could only be found at the ocean’s bottom.

Gilgamesh set out to find the “plant that looks like a box-thorn,” sometimes translated as a coral. Then, he lost it – to a snake.

Ancient Literature writes, “Gilgamesh obtains the plant by binding stones to his feet to allow him to walk on the bottom of the sea. He plans to use the flower to rejuvenate the old men of the city of Uruk and then to use it himself. Unfortunately, he places the plant on the shore of a lake while he bathes, and it is stolen by a serpent, which loses its old skin and is thus reborn.”

Interestingly, scientists found a potentially “immortal” jellyfish species that can age backward. Also known as “the Benjamin Button of the deep,” this strange alien-looking creature can avoid death when stressed. Many scientists speculated that the key to immortality can be found in the jellyfish.

The immortal jellyfish can transform its cells through trans-differentiation. Surprisingly, humans also have similar abilities. Could Epic of Gilgamesh be talking about the immortal jellyfish? Besides, researchers distinguished the DNA of the comb jellyfish as the most distinct from humans’ in a recent study.