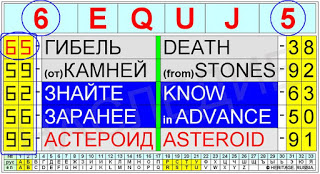 The simple conjecture has led to evidence of life in the Universe
In 2010 in Russia was decoded extraterrestrial WOW Signal, which was recorded by the SETI program in 1977.
To decode the Signal did a simple hunch: what if the set of characters 6EQUJ5 information is hidden in the same way as the password to log in to the online account?
To make the password easy to remember, often use a word by replacing letters of a alien alphabet and diluted for secure a few numbers.
Thus, the characters 6EQUJ5, which is displayed on the printout when receiving the Signal, completely fit the requirements of drawing up of the password.
But how to know whether in the characters 6EQUJ5 is hidden information, which method of encryption used, and what alphabet?
If Aliens controlled the sending process-receiving the Signal WOW, the first candidate for the decoding of characters 6EQUJ5 is the English alphabet, because the signal was obtained at the Observatory of the Institute of Ohio, USA. 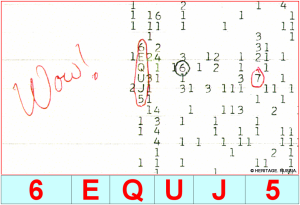 Any alphabet has the same structure – fixed alpha-numeric order. It constitutes the basis of human speech and all operations of encoding information.
The first and the oldest encryption techniques are “substitution” and “permutation”.
In accordance with a secret algorithm, numbers and letters were substituted for each other and rearrange places. It is obvious that for each decryption is required the account, either of Prime order or with the use of a complex algorithm.
Considering that the WOW Signal was the first Alien Message to Earthlings, method of encryption was very simple. To determine what is hidden behind the characters, it was necessary to understand what the WOW Signal could was the response.
The only information sent with the message of humanity in the Cosmos at that time was “Message from Arecibo”, 1974, sent in the direction of the constellation Hercules at a distance of 25,000 light years. Earth the Message was encoded in binary. In order to read the Message, the Aliens had first to understand how binary code works.
In fact, the earthlings sent to the aliens the mystery, a test, or, in other words, a test of your wits.
The aliens replied in the same vein. For the symbols of the WOW Signal – 6EQUJ5 was the hidden word TEST – a TEСT that is encrypted in two alphabets – Russian and English.
The revealed the algorithm showed that for deciphering the WOW Signal the basic is Russian alphabet, and information of alien Messages, in addition to the characters 6EQUJ5 was concluded in other words, related to the reception of the Signal. For example, in the letters of the name of constellation SAGITTARIUS.
In characters the WOW Signal was discovered the few points of the Message, addressed to the Earthlings. 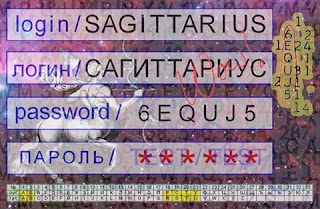 The Signal was a trial TEST on reciprocal sagacity of earthlings, and its results – on the ready for Contact.
– Aliens have been estimated and the level of intelligence of Earthlings. Unfortunately, it’s a shame-small – for productive Contact.
– Was given a warning about the impending Earth asteroid disaster, offering help in its prevention.
Today, scientists astrophysicists refuse in dating detected with the Algorithm of decoding received Signals. Though affirm about the importance for mankind of detecting evidence of extraterrestrial life.
In this approach, the question remains open: were there right Aliens, who rated low intelligence of man, and as quickly as possible to rectify the situation with the establishment of Extraterrestrial Contact?
PATRT2

In characters the WOW Signal was discovered the few points of the Message, addressed to the Earthlings.
– The Signal was a trial TEST to check intelligence of earthlings, and its results – on the ready for Contact.
– Aliens have been estimated and the level of intelligence of Earthlings. Unfortunately, it’s a shame-small – for productive Contact.
– Was given a warning about the impending Earth asteroid disaster, offering help in its prevention.
The main set of characters was the word TEST 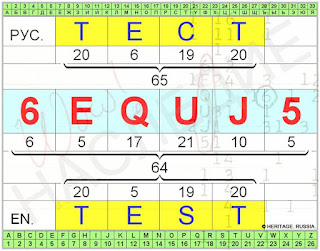 Since Signal WOW, in its writing, was very similar to the string «alphanumeric code», so the authors tried to apply for its decipherment special methods in science of Cryptography.
Cryptographic analysis showed that the word TEST was found in alpha-numeric order of the Russian and English alphabets. Calculation shows that the set of symbols of the signal “WOW” – 6EQUJ5 in Russian and English alphabets correspond to the word TEST.
This result indicates the presence of Extraterrestrial Intelligence.
The aliens have estimated the intelligence of Humans in 65% of IQ

When in the Signal WOW – 6EQUJ5, the word TEST were found a few times, together with the acronym IQ (intelligence quotient), we assumed, that the number of 65 may mean the number of IQ.
So it happened.
When comparing the number 65 with the Тable of «classification of intellectual development of the population» of the Earth, was found a sad result. Aliens consider Earthmen have moronity, not reaching normal levels, even on a terrestrial scale.
A more detailed analysis of the evaluation man surrounding world showed, that 65% is the level of intelligence of the entire two – 2% of the population, its best part. On the basis of the adequacy of the perception of the surrounding world, all the other people have the level of intelligence – less than 2%.
The WOW signal warns about destruction from asteroid 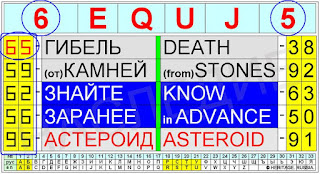 Death from an asteroid.
The Aliens warning people of the impending danger, having care about humanity.
The main part of the Message Signal WOW can be considered as a warning about future asteroid crash.
The phrase «know in advance» suggests that Aliens are able to know the Future of the Earth, or, that the Aliens are in the Future, in relation for This Time of Earth, and they already know, how could developments, when choosing one or another way.
Now the Terrans have chosen the path of self-destruction.
The picture shows that the WOW Signal, the most obvious is read in Russian via alphanumeric order. This is indicated by a mirror symmetry of numbers equal to the words in the Message of the WOW Signal, compared with numbers equal to the words in English writing. 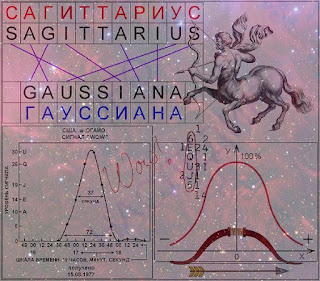