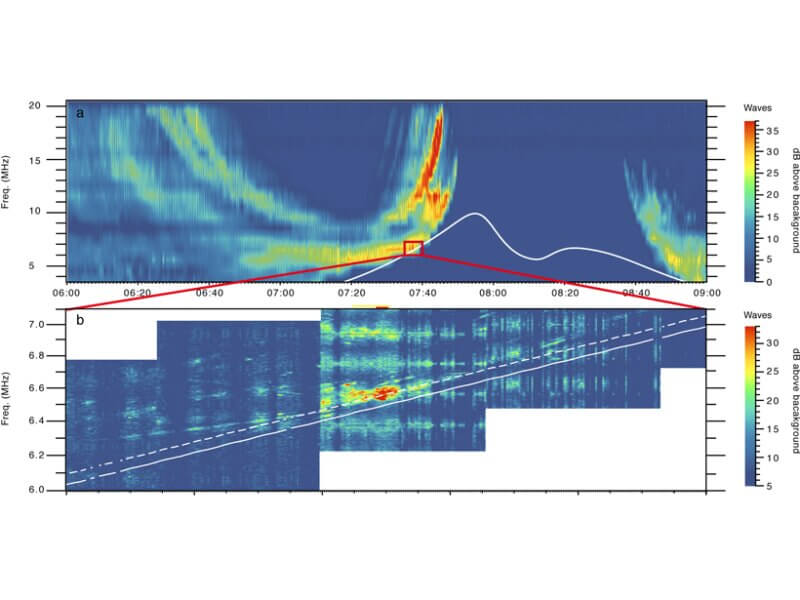 Less than a week after the Juno mission was officially re-extended for another 5 years, it has once again hit the headlines with a massive discovery. This time, however, it is not about Jupiter. The latest news are connected to the gas giant’s largest moon – Ganymede. As the report goes, Juno has intercepted an FM radio signal coming from the moon.

Having seen all the recent news about radio signals from space, can’t we, for once, hear a confirmation that it is of extraterrestrial origin and it actually means something? Unfortunately, this one from Ganymede will not be it either since NASA officials are convinced it is of natural essence.

If you need the scientific name, the signal was a “decametric radio emission” but we actually know it by its much more widespread name – Wi-Fi. The range of the frequency corresponds to that used by our Earthly signals.

The FM radio signal was detected when Juno was orbiting near Jupiter’s polar regions close to the magnetic field that connects with Ganymede. As for the actual source, scientists believe that it was caused by electrons that were oscillating slower than their normal rate. This process is called cyclotron maser instability.

It has long been known that radio waves exist on Jupiter but never before have such been intercepted from its moons. Although it is not of alien origin, the simple fact that it is the first such radio signal from Ganymede makes it no less significant.

Once again, Ganymede proves that it is one of the most mysterious objects in the Solar System. In the past decade, scientists have made several significant discoveries about the largest moon in our system that put it high on the scientific list of exploration targets.

For example, the Hubble Space Telescope spotted signs of an underground ocean, buried under more than 150 kilometers of ice. According to scientific estimates, this ocean could also be 10 times deeper than our oceans on Earth.

Then, in 2018, the Galileo Probe spacecraft discovered extremely powerful and unusual electromagnetic waves around Ganymede. Known as Chorus waves, such have been detected around the Earth but the ones around Ganymede surprised scientists with their power.

Anyhow, discoveries like this of the FM radio signal coming from Ganymede prove the importance of the Juno mission and why it should remain in operation for as long as it can. For now, the mission has been extended until 2025 or earlier if there is a systems failure.

Many similar missions have continued for many years after the original estimates and it is possible that Juno will continue to operate even after 2025.

In each case, the final day of the mission, whenever it comes, will be a huge loss for astronomy and science and it will take years until a similar mission could reach Jupiter’s orbit.