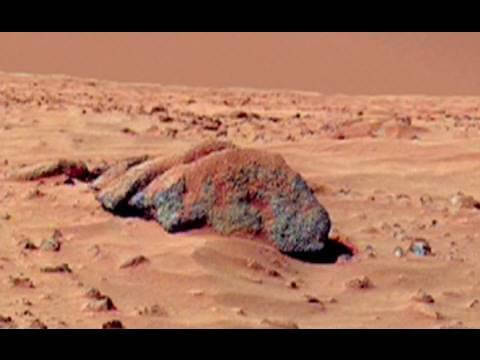 NASA’s Viking Project resulted in a pair of successful landings on Mars in 1976, and they were groundbreaking missions in many respects. The spacecraft, which were the first from the US to make a safe landing on the Red Planet, returned images and data from the planet’s surface, and the two landers helped shape future missions to Mars.

Now, a scientist deeply involved in the Viking missions says that if we’re looking for life on Mars, we probably already found it. In a new op-ed, Gilbert Levin, principal investigator of the Viking Labeled Release experiment, says that data sent back from the Mars in the 1970s is proof that life exists on the planet.

The Labeled Release experiment (LR for short) was one of many scientific objectives of the Viking missions. Designed as a way to detect the presence of life on Mars, the tests produced multiple positive results, suggesting microbial activity in the soil of Mars. The results were stunning, but NASA ultimately dismissed them after subsequent experiments failed to find organic matter.

The LR was specifically designed to study the Martian soil for the telltale signs that microbes were present. Microbes “breath” and by detecting those signatures in the soil, the scientists involved in the experiment believed they had made a monumental discovery.

“The data curves signaled the detection of microbial respiration on the Red Planet,” Levin writes. “The curves from Mars were similar to those produced by LR tests of soils on Earth. It seemed we had answered that ultimate question.”

However, a separate experiment to detect the presence of organic matter came up empty-handed, leaving NASA to conclude that the signatures found in the soil of Mars were the result of some other process, and that the LR’s results were not proof of life. Levin strongly disagrees, and lays out his argument and supporting evidence nicely.

In the years since the Viking missions, NASA’s rovers and landers have returned data that may support the idea of past or present life on Mars. The presence of water, organic compounds, rapidly-changing methane concentrations, and several other discoveries all seem to point in that direction, but NASA maintains there’s no indisputable evidence… yet.

Levin argues that NASA should make the detection of microbial life a top priority in future missions, and suggests that the agency’s refusal to include life-detection experiments on its recent missions is shortsighted. The Mars 2020 lander is not expected to include any such experiments.