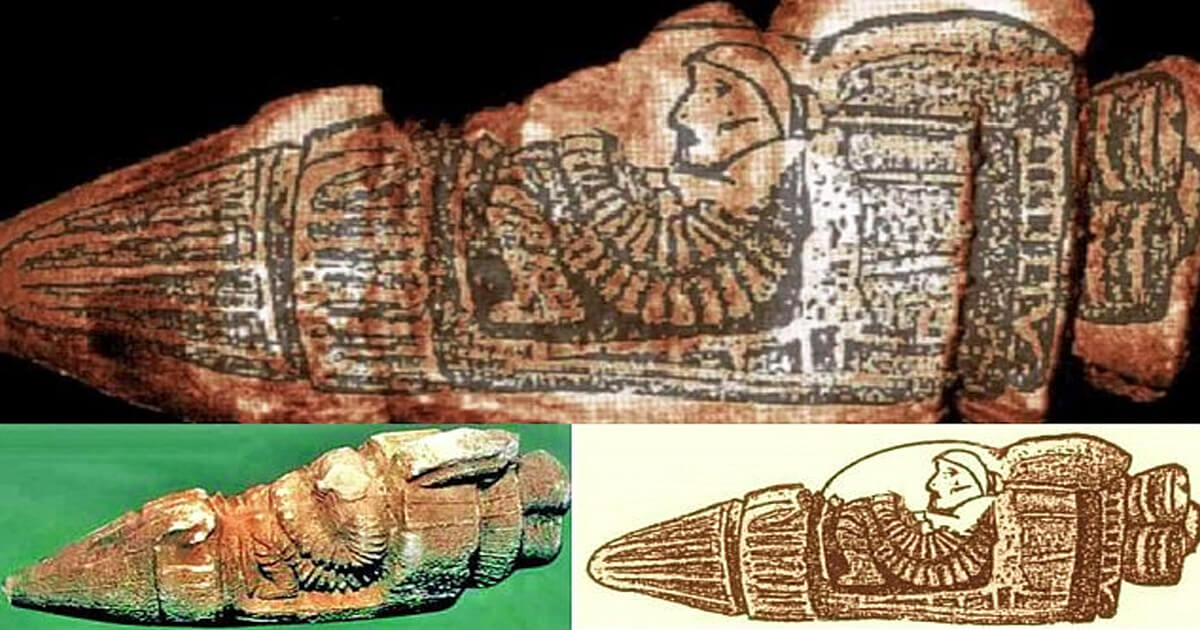 Did highly advanced spaceships exist in ancient times? According to these following ancient artifacts, yes, as they all showcase the fact that history is not as simple as historians have made it out to be.

Take for example these medieval blueprints. They clearly showcase the intricacies of one such multi-stage solid-fuel rocket and as you can tell right off the bat this is not knowledge that should be going around in medieval times.

Or, if you’re not convinced, here you have these instructions which were left off by an Indian Guru 10,000 years ago. They clearly showcase how to build an advanced spaceship. How else would you explain this knowledge going around in ancient times?

The Toprakkale Space Shuttle on the other hand is just as impressive as the former since it dates back to 2,500 years ago and yet the resemblance to modern-day depictions of spaceships is uncanny, to say the least. This carving alone makes it hard to believe in the words of the historians, to say the least.

But if you’re still not on board with this theory, take the word of God while you’re at it. That’s right, in the Bible, you can actually read about Ezekiel’s encounter of one such spaceship as he tries to explain its schematics to us.

We left the most interesting part at the ending as we now have the mysterious lid from Pakal’s tomb.

On the underside of it, you can see the King wearing a spacesuit getting ready to be sent into space in one such advanced spaceship.