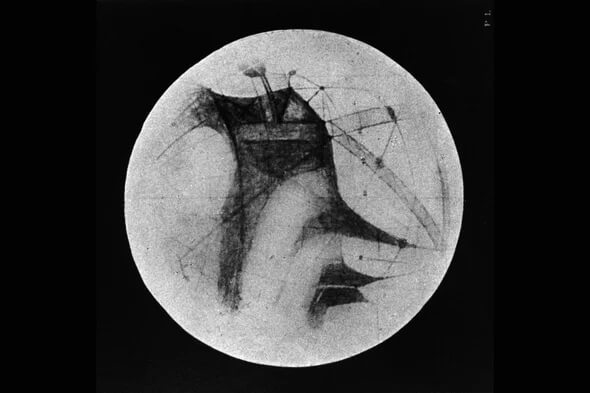 One of the most intriguing aspects of the history of the human quest to discover whether or not there is other life in the universe, and whether any of it is recognizably intelligent in the way that we are, is just how much our philosophical mood has changed back and forth across the centuries.

Today we’re witnessing a bit of a “golden age” in terms of active work towards answers. Much of that work stems from the overlapping revolutions in exoplanetary science and solar system exploration, and our ongoing revelations about the sheer diversity and tenacity of life here on Earth. Together these areas of study have given us places to look, phenomena to look for, and increased confidence that we’re quick approaching the point where our technical prowess may cross the necessary threshold for finding some answers about life elsewhere.

Into that mix goes the search for extraterrestrial intelligence (SETI); as we’ve become more comfortable with the notion that the technological restructuring and repurposing of matter is something we can, and should, be actively looking for. If for no other reason than our own repurposing of matter, here on Earth, has become ever more vivid and fraught, and therefore critical to appreciate and modify in aid of long-term survival. But this search, labeled as both SETI and the quest for “technosignatures”, still faces some daunting challenges – not least the catch-up required after decades of receiving a less-than-stellar allocation of scientific resources.

What is so fascinating is that in many respects we have already been here and done all of this before, just not recently, and not with the same set of tools that we now have to hand.

In western Europe, during the period from some four hundred years ago until last century, the question of life beyond the Earth seems to have been less of ‘if’ and more of ‘what’. Famous scientists like Christiaan Huygens wrote in his Cosmotheoros of “So many Suns, so many Earths, and every one of them stock’d with so many Herbs, Trees and Animals…even the little Gentlemen round Jupiter and Saturn…” And this sense of cosmic plurality wasn’t uncommon. It was in almost all respects far simpler and more reasonable to assume that the wealth of life on Earth was simply repeated elsewhere. That is once one let go of a sense of earthly uniqueness.

In other words, in many quarters there was no “are we alone?” question being asked, instead the debate was already onto the details of how the life elsewhere in the cosmos went about its business.

In the 1700s and 1800s we had astronomers like William Herschel, or the more amateur Thomas Dick, not only proposing that our solar system, from the Moon to the outer planets, was overrun with lifeforms (Dick holding the record by suggesting that Saturn’s rings held around 8 trillion individuals) but convincing themselves that they could see the evidence. Herschel, with his good telescopes, becoming convinced that there were forests on the Moon, in the Mare humorum, and speculating that the Sun’s dark spots were actually holes in a glowing hot atmosphere, beneath which, a cool surface supported large alien beings.

Even though we might question some of their scientific standards, people like Herschel and Dick were indeed following the philosophy of life being everywhere, and elevating it to the level of any other observable phenomenon. Herschel was also applying the best scientific instruments he could at the time.

All the way into the 20th century, prior to the data obtained by the Mariner 4 flyby in 1965, the possibility that Mars had a more clement surface environment, and therefore life, still carried significant weight. Although there had been extreme claims like Percival Lowell’s “canals” on Mars in the late 1800s and very early 1900s, astronomers of the time largely disagreed with these specific interpretations. Interestingly, that was because they simply couldn’t reproduce the observations, finding the markings he associated with canals and civilizations to be largely non-existent (an example of how better data can discount pet theories). But aside from Lowell’s distractions, the existence of a temperate climate of sorts on Mars was not easy to discount, nor was life on its surface. For example, Carl Sagan and Paul Swan published a paper just ahead of Mariner 4’s arrival at Mars in which they wrote:

“The present body of scientific evidence suggests, but does not unambiguously demonstrate, the existence of life on Mars. In particular, the photometrically observed waves of darkening which proceed from the vaporizing polar caps through the dark areas of the Martian surface have been interpreted in terms of seasonal biological activity.”

Suffice to say, this proposal went the way of many other overly optimistic ideas about finding life on the red planet. Although it is fascinating how well the periodic darkening phenomenon they discussed could indeed fit into a picture of a surface biosphere on Mars – and remains perhaps a rather sobering lesson in overinterpreting limited data.

But the key point is that we have actually more often than not been of a mindset that life is out there, and could explain certain cosmic observations. The problem has been that, as data has improved, and scrutiny has intensified, the presence of life has not revealed itself – from planetary exploration or from the search for extraterrestrial intelligence. And because of that we’ve swung to the other extreme, where the question has gone from “what” all the way back to “if.”

Of course, we have also likely systematically underestimated the challenge across the centuries. Even today it is apparent that the search for structured radio emissions from technological life has thus far only scratched the surface of a complex parameter space; a fact beautifully quantified and articulated by Jason Wright and colleagues in 2018, as being much like looking in a hot tub of water to draw conclusions about the contents of Earth’s oceans.

In that sense, perhaps the more fundamental question is whether or not we are, this time, technologically equipped to crack the puzzle once and for all. There is little doubt that our capacity to sense the most ethereal, fleeting phenomena in the cosmos is at an all time high. But there seems to be a fine line between acknowledging that exciting possibility and falling prey to the kind of hubris that some of our precursors fell prey to. Naturally, we say, this is the most special time in human existence, if we can only expand our minds and our efforts then all may be revealed!

Of course, none of us can know for sure which way this will all go. We might do better being very explicit about the uncertainty inherent in all of this, because it’s actually incredibly exciting to have to face the unknown, and unknowable. What we shouldn’t do is allow the unpredictable nature of this particular pendulum, swinging between possibilities, to dissuade us from trying.