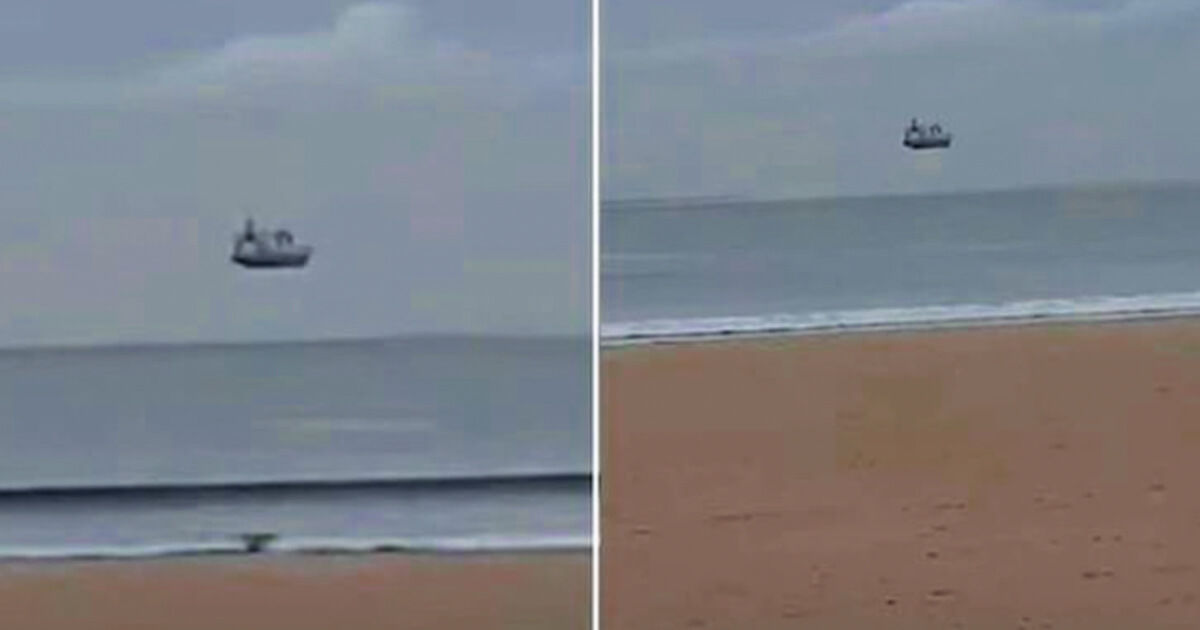 ViralHog
Occurred on April 22, 2020 / Mount Maunganui, New Zealand “I filmed this optical phenomenon that made a ship look like it was floating in the air.”

While out for a walk, Monica Schaffner was taken aback when she saw a soaring ship on the horizon. At the time, other ships were sailing normally. “It was like seeing something unreal,” the woman told the New Zealand Herald. “I was sure my eyes were playing tricks on me. I needed to confirm with my husband that he saw things the same way I did.” “I also asked him to pull over so I could take a picture.” An optical phenomenon known as Fata Morgana, also known as a mirage, was observed by a New Zealand resident on the beach near Mount Maunganui. Fata Morgana mirages distort the entity or objects on which they are based significantly, making them unrecognizable. On land, at sea, in the polar regions, and in deserts, a Fata Morgana can be found. In a steep thermal inversion where an atmospheric duct has formed, light rays are bent as they move through air layers of different temperatures, creating the optical phenomenon. A thermal inversion is a weather phenomenon in which warmer air forms a distinct layer on top of slightly cooler air. Warmer air near the surface is replaced by cooler air higher up in this temperature inversion, which is the polar opposite of what usually happens.