St. Paul, Alberta, a small town in east-central Alberta, Canada has the world’s first official UFO Landing Pad which was built in 1967 to celebrate Canada’s centennial. The 130 ton concrete structure consists of a raised platform with a map of Canada embossed on the back stop, consisting of stones provided by each province of Canada. The pad also contains a time capsule to be opened on the 100-year anniversary of the pad’s opening in 2067. A sign beside the pad reads: 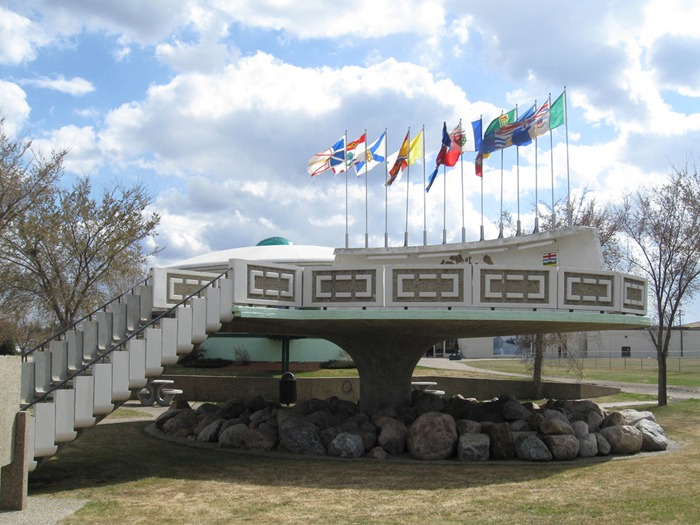 In the 1990’s, a rounded, saucer-shaped tourist information centre was opened on the site containing a museum of UFO memorabilia including photographs of alleged landing sites, mysterious cattle mutilations, and crop circles.

While it has never been used for its intended purpose, the pad has drawn plenty of tourists and even hosted a UFO conference in 2000. There’s even a UFO hotline, so if you have a sighting, here’s the toll-free number to call 1-888-SEE-UFOS and 1-888-733-8367. 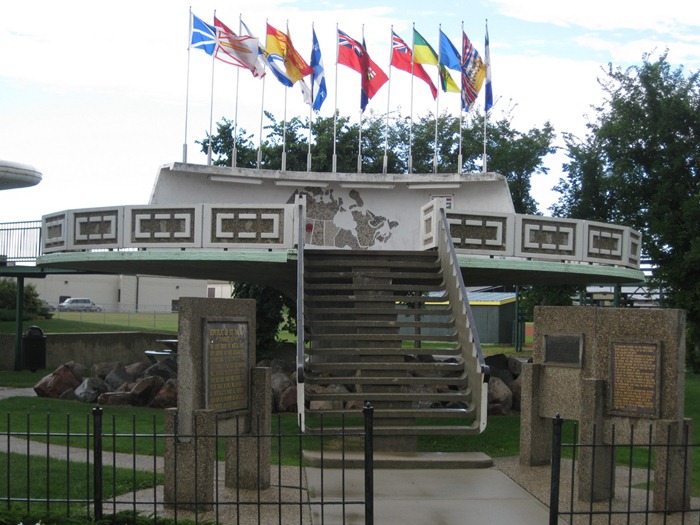 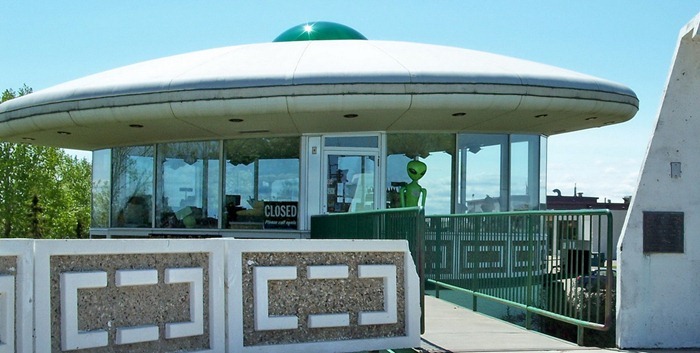 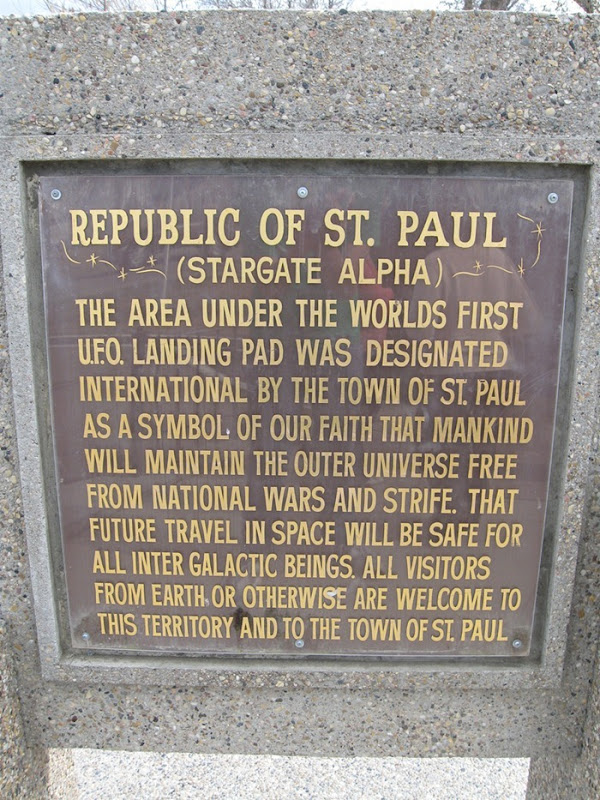 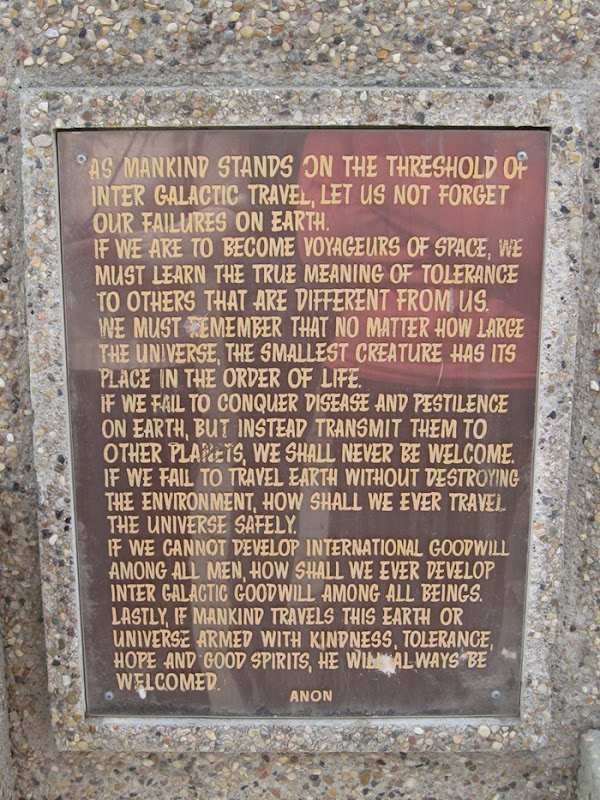 Interestingly, Alberta isn’t the only place on earth to have a UFO landing pad. The town of Arès, near Bordeaux, south-western France, has it’s own welcome pad for alien visitors. This triangular pad, dubbed “UFOport” was built in 1976 after a local airport electrician and UFO nut complained to local authorities that France had no alien craft strips. The local mayor liked the idea and decreed that extra-terrestrial visitors would be exempt from airport tax and could take part in any local boules or mud-skating competitions.

Unfortunately, no outer space visitors have ever been seen around Ares, much less land on the pad, although it does draw some 20,000 human visitors each year.

To ensure that the hopes of the local people are kept high, a fake Martian craft, build by a local artist was landed on the strip last month. Real or fake, it was the first UFO landing after 34 years.

It’s been suggested that the whole idea of “UFOport” was simply a ruse to bring in more out-of-town tourists to Ares. We tend to agree. 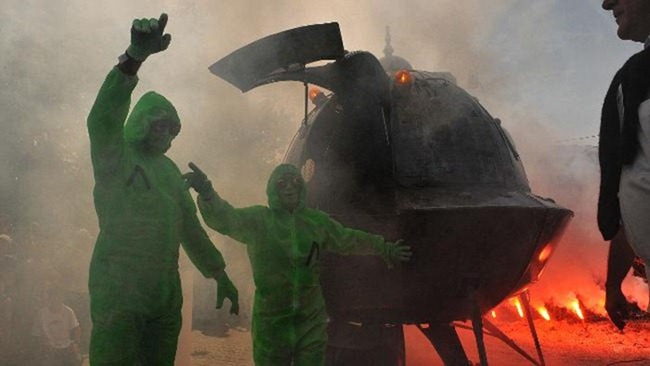 Two people dressed as aliens exit a fake flying saucer on Sept. 4 at the “UFOport” of the French southwestern village of Ares. 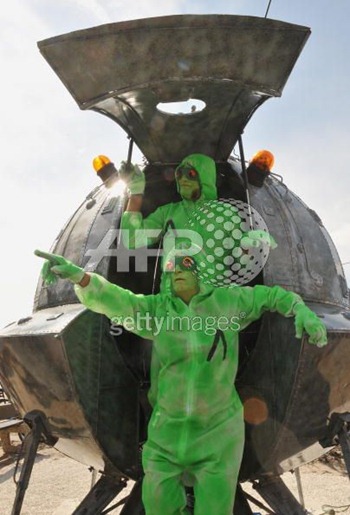 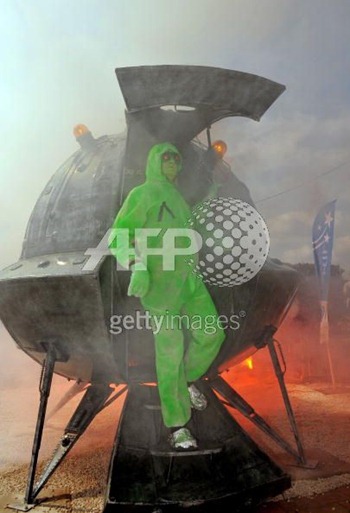 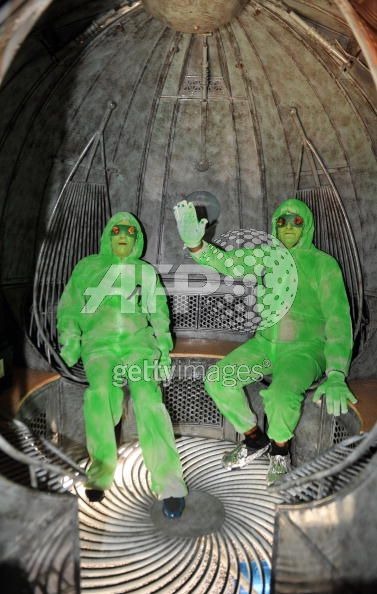 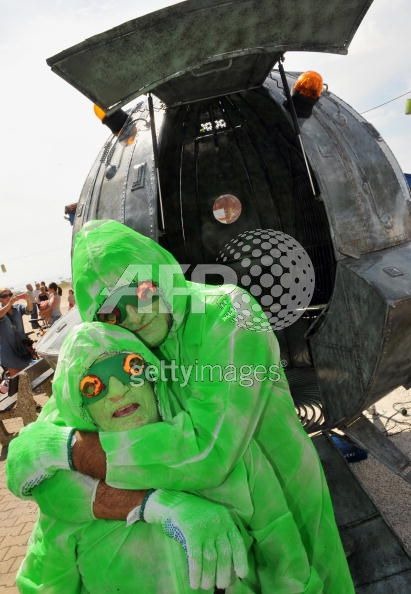 The two aliens hug each other to celebrate their successful arrival 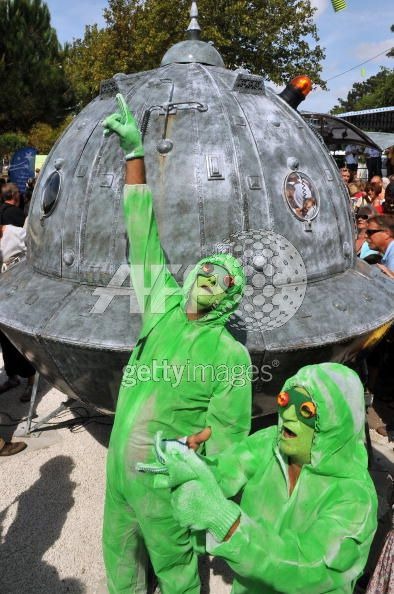 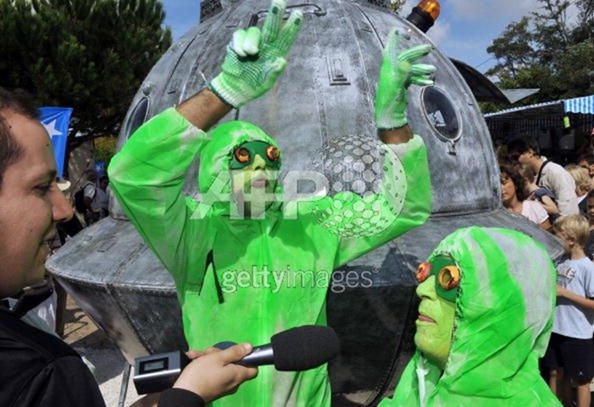