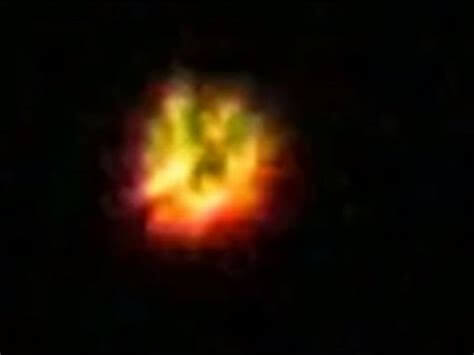 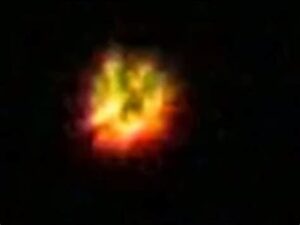 On the evening of the 17th March, in Peachland, British Columbia in Canada, a bizarre “fireball” object lit up the night skies drawing the attention of local residents, one of which – Jay Balehowsky – managed to capture several seconds of footage of the anomalous craft.

Balehowsky claimed he had gone outside in order to empty the garbage when he saw the strange object. Not only was it glowing brightly but it “seemed like it was kind of circling around” in the sky above. Then, however, the object began to “break up” and began heading in their direction. While some of the objects “burned out”, a large piece fell completely in one of their neighbor’s yards. Although Balehowsky wasn’t aware that the fallen object had sparked a significant blaze at that time, he claimed to have immediately jumped into his truck in order to find the downed object.

The local fire service eventually located the blaze and went about snuffing it out. Although there were no reported injuries, some of the surrounding buildings did suffer some damage, including the melting of vinyl siding on one house.

Perhaps fanning the flames of speculation were the comments of the fire chief who attended the situation, Dennis Craig, who claimed that he was not convinced that what fell to Earth was a meteorite. He would state to local media that “rocks (don’t) remain combustible too long” and that it was his opinion that it was unlikely a “hot rock would cause a fire like that”. He would add that meteors “show the flame” as a result of friction with the atmosphere. However, once they cease movement, “they don’t support combustion”.

Craig also witnessed the video captured by Balehowsky and stated that it “clearly shows something at a high altitude that fell from the sky”, adding that in over two decades working with the fire department, the incident was “a first” for him.

According to initial investigations and official reports, the incident has been treated as “undetermined”. The two videos below report on the incident a little further.