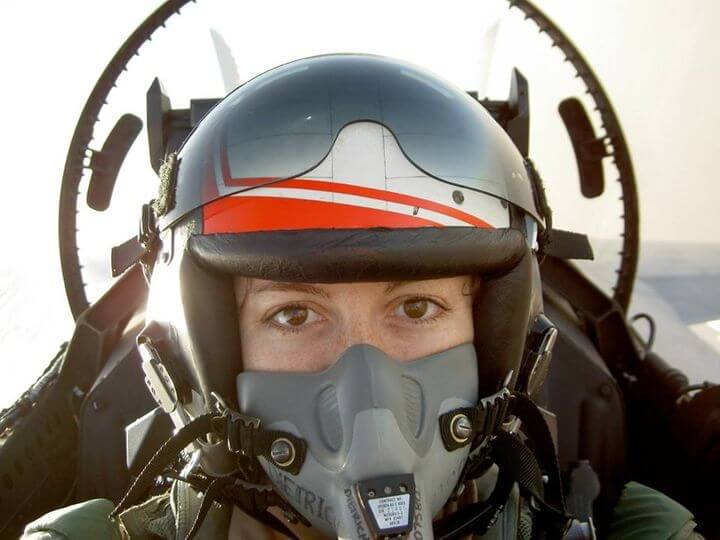 Former fighter pilot Alex Anne Dietrich, one of the Tic Tac witnesses in the famous Nimitz encounter has revealed to me that she thinks the UFO phenomena is “of this planet”
Alex, being featured in CBS 60 Minutes show tonight, was answering a question I posed to her on my home Facebook page.
My question: ” “Care to give us your best bet as to the phenomenon’s nature and source?”
Here’s her reply in full:
“If you can’t tell I’m emphasizing my roots from the Illinois Math & SCIENCE Academy. I have an undergraduate degree in Civil Engineering and now that I’m retired from the Navy (one of the reasons I agreed to a public interview now)
I’m working at the National Center for Atmospheric Research. I believe there is an explanation that is of this planet. That is why I am encouraging more folks to report their incidents (another reason I agreed to the interview: reducing stigma) so we can take a scientific approach to the analysis (rather than letting our imaginations run wild and fueling crackpot conspiracies).
When people ask me this in person I often share my family’s personal legacy with “science fiction”: my great uncle Thomas Starzl was the pioneer of organ transplant. When he began his research in the 1950s people thought he was crazy/insane/God-complex/Frankenstein. Of course today we all go to the DMV and check the box for “donor” on our license. Or know someone who has received/donated. We don’t freak out every time an organ is harvested or implanted. Chances are you do not understand the surgical techniques or immunosuppressive therapies (drugs) involved. But you accept it as possible and now normal.
Similarly if you had shown me an iPhone 20 years ago I would have thought it was some voodoo magic. But here I am typing this out on a “magic” device I’ll put back in my pocket. I don’t understand all the technology involved but I do accept (and appreciate!) it.
I share Tom’s story because my family is *especially* devoted to science. We are also humble and curious. We know there is SO MUCH out there to explore, discover and innovate.
What was the Tic Tac? I have no idea. That’s why it’s “Unidentified”. Cynical Alex wonders if it’s an adversary technology, but I’m confident the Pentagon is pursuing that angle and will run it to ground if that’s the case. But I’m hopeful it’s an awesome phenomenon/technology we can study, exploit and all benefit from in the future.”
Please remember we all have different opinions, Think Before You Speak or Write Something that is cruel to Others. After all, We are only Humans. Wishing you clear skies and wide eyes. To share your experiences or just leave a comment there is a area below. Read or listen.