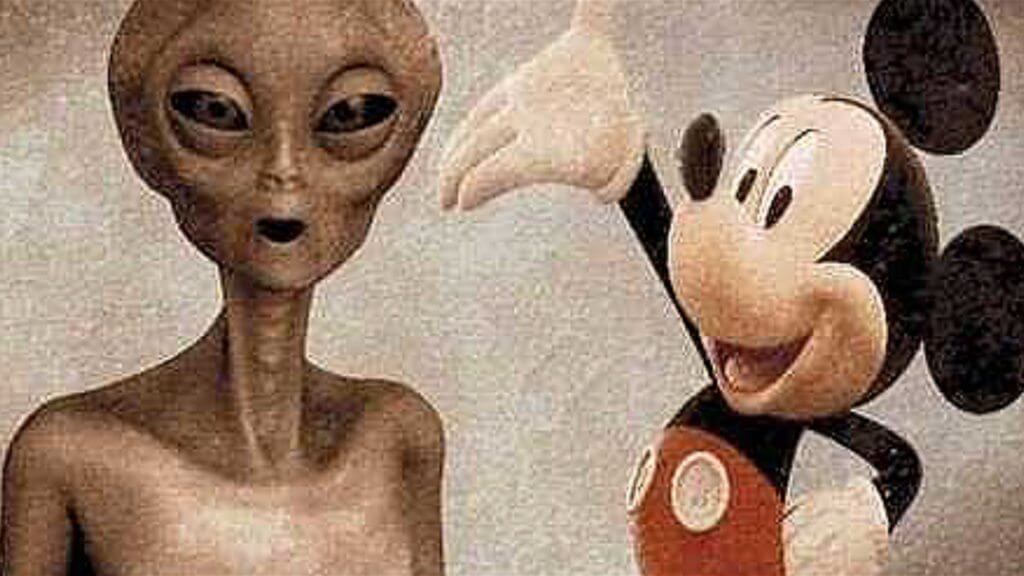 From 1995-2003, an attraction existed within the borders of the Magic Kingdom that will forever be engrained into the minds of guests not for the same nostalgic reasons as other WDW lost attractions, but because it was TERRIFYING… I’m of course talking about ExtraTERRORestrial Alien Encounter.

In the summer of 1995, Tomorrowland was abuzz about the area’s newest attraction: ExtraTERRORestrial Alien Encounter. Excitement over this thrilling new ride was quickly met with horror as guests could not have prepared themselves for just how much “TERROR” it would actually bring (despite the number of Warning Signs posted outside and throughout the queue).

I come from a family of horror enthusiasts who don’t scare easily but Alien Encounter even had the adult males shaking in their sneakers. I can vividly remember my uncle running after riding it for the first time with a look of sheer horror on his face, and he could not stop talking about how terrifying it was for the rest of our trip, engaging other guests who had experienced the new Tomorrowland attractions as well. So my dad and I decided to see what all the fuss was about…

After getting past the many “WARNING” signs throughout the queue, we made it to the first pre-show area as we entered the “Tomorrowland Interplanetary Convention Center.” Guests are welcomed to view a demonstration of X-S Tech’s, an alien corporation, latest technological innovation with a recording from its chairman, L.C. Clench, saying, “If something can’t be done with X-S, then it shouldn’t be done at all.” The alien X-S Tech representative featured in the video was a familiar face, it was Tyra Banks, but her voice was dubbed over.

After the introduction, we were guided into the second pre-show area and meet an X-S robot, S.I.R. (Simulated Intelligence Robotics), voiced by Tim Curry. S.I.R. gives us a brief introduction before showing a demonstration of their newest teleportation device, ominously explaining that the process is “practically painless.” The test subject is an adorable alien named Skippy, who is teleported across the room—when he reappears he is burnt to a crisp and appears to be confused and in pain, making it clear that they haven’t quite worked out all the kinks. S.I.R. then proceeds to teleport Skippy back across the room, when he stops him midway to show how those can be suspended in the teleportation process for as long as they wish.

After the disturbing demonstration, we were then ushered into the main attraction area, which was essentially a circular amphitheater centered around a large cylindrical “teleportation tube.” But unlike other theaters, each seat was included gigantic shoulder harnesses that closed and locked down on all of the guests… Restraints are never a good sign. 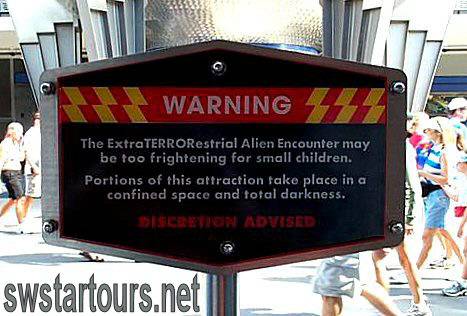 L.C. Clench (the X-S chairman), along with two other blundering X-S employees, Dr. Femus (played by Kathy Najimy) and Spinlok (played by Kevin Pollak), appear on video screens mounted above the guests. They tell us that they’re coming to us “live” from across the galaxy. Then, explain that one of us will be chosen to be transported to meet Clench in person, but suddenly he changes the plan and decides that it would be even better if we could all meet him, and that he would teleport to us instead.

Clench quickly grows tired of waiting, resulting in the moronic X-S employees to get nervous and rushed as the scramble with the new plan, which ultimately pushes the teleportation signal off course through an unknown alien planet. Next thing you know, there’s a giant, angry, carnivorous alien in the tube in front of us desperately trying to escape the tube. The X-S team goes into a chaotic state of panic as the power starts going in and out and red lights are flashing, then suddenly we hear glass shatter and it is clear that the alien has escaped. And to make matters worse, the power finally goes out and the guests are left locked in the harness in complete darkness with an enraged alien on the loose!

They send a maintenance man in to try to restore the power but is attacked by the alien before he can get there, and we hear the alien’s high pitched squeals, along with the sound of bones crunching in his jaw, followed by liquid being sprayed in our faces. Then our seats began to shake as the alien is scouring the crowd looking for his next victim, when suddenly the shoulder harness presses down on our shoulders and a feeling of warm breath and drool trickles down the back of our necks—suggesting that the alien is sitting on top of us, ready to pounce. Throughout our time in the dark, we heard the screams of other guests, echoing heartbeats, pink noise, loud stomping, and frightening growls from the alien. 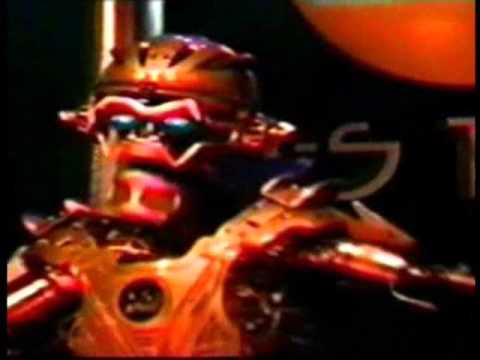 Finally, the power is back on and the room lights up. The X-S technicians manage to force the alien back into the teleportation tube but as he tries to break free, ends up exploding just before the tube shuts. We were finally released from our harnesses as the employees say “good-bye” and go back to looking for their missing chairman.

Alien Encounter made it clear that your mind really does play tricks on you in the dark. I think it took the rest of our vacation for the muscles in my neck and shoulders to recover after being clenched so hard through the entire ride experience. Though it was ultimately deemed too scary for the Magic Kingdom and replaced with the “kiddie attraction,” Stitch’s Great Escape in 2003, I will never forget the most terrifying ride of all time! Alien Encounter will always hold a special place in my heart.

I never got to do this at Disney, but I would have loved it !